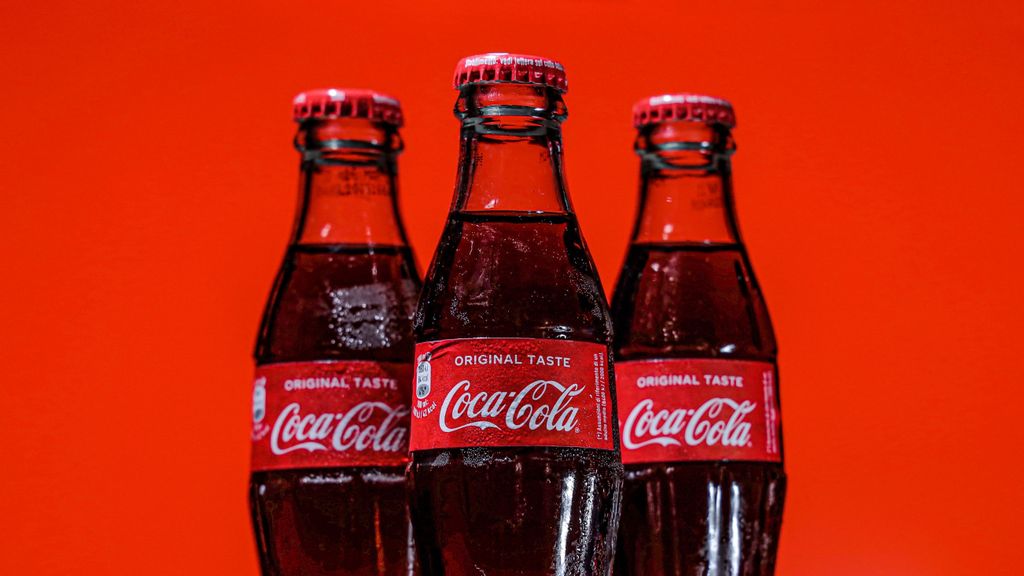 Beverage giant Coca Cola has joined other major companies in pledging to spend more of its ad dollars with black-owned media. (Alessandro D'Antonio/Unsplash)

The Coca-Cola Co. has pledged to almost double its ad spending with minority-owned media, the latest in a wave of major companies responding to pressure — including a $10 billion lawsuit against McDonald’s — over how they allocate such dollars.

Atlanta-based Coca-Cola North America said in June its ad spending with such companies will be five times higher than in 2020, with 8 percent of its total annual media budget will be allocated to black, Hispanic and Asian American and Pacific Islander-owned media by 2024.

Other major corporations have made similar pledges in recent weeks. Twenty companies — including Uber, General Mills, Adidas, Tyson Foods and Target — signed on to GroupM’s Media Inclusion Initiative, pledging in June to commit 2 percent or more of their total annual media budgets to black-owned media.

In addition, McDonald’s Corp. announced in May it would bring its national ad spending with black-owned media up 2 percent to 5 percent between 2021 and 2024, and with black, Hispanic, Asian American and Pacific Islander, LGTBQ and woman-owned media up to 10 percent over that stretch.

And a month earlier, General Motors announced a five-point action plan to alter how it deals with “diverse-owned and diverse-targeted media,” including bringing its ad spending with those companies up to 2 percent by 2021, up to 4 percent by 2024 and up to 8 percent by 2025.

“There are a couple of forces at play right now helping to increase ad spending for black-owned media companies,” Keonte Coleman, assistant professor in the School of Journalism and Strategic Media at Middle Tennessee State University, told Zenger.

“The racial reckoning taking place across this country has made social justice issues a higher priority for Fortune 500 companies. Black-owned businesses have a consumer base that’s paying attention to how these companies are addressing systemic inequities through their social responsibility policies.”

Daphne Dickerson, brand and business communications lead with The Coca-Cola Co., told Zenger it is acting now because “in previous years, we focused more on minority-targeted media companies to reach diverse consumers, but as we learned through a thorough analysis of our media mix, our consumer targets continue to evolve, and to be effective and efficient with our spend, we need to invest in both minority-owned media and minority targeted media.”

Sarah Bobas, head of marketing communications North America for GroupM, told Zenger a 2 plus-percent goal “is significant and an achievable target for our clients based on the inventory available” from private industry. Like Dickerson, Bobas declined to quantify how much that is in dollars because it would reveal confidential budget information.

The pledges come, in some cases, after a public calling-out of companies over their practices. In April, music mogul Sean Combs wrote “If You Love Us, Pay Us: A letter from Sean Combs to Corporate America,” which particularly criticized General Motors for spending only an estimated $10 million of its $3 billion ad budget on black-owned media.

Combs’ essay came after seven leaders of black-owned media companies took out a full-page ad in March in the Detroit Free Press and other newspapers that stated GM spends less than 0.5 percent of its “billions in advertising” with black-owned media, a level GM disputes. The seven executives — Byron Allen of Allen Media Group LLC, Junior Bridgeman of Ebony Media, Todd F. Brown of Urban Edge Networks, Ice Cube of BIG3 and Cubevision, Earl “Butch” Graves of Black Enterprise, Don Jackson of Central City Productions and Roland Martin of Nu Vision Media — distinguished black-owned media from black-targeted media “because minority includes white women, and large corporations like General Motors can hide behind and tout their minority records while continuing not to do business with Black Owned Media Companies.”

The ad called for a Zoom meeting with GM Chairman and CEO Mary Barra, and not Chief Marketing Officer Deborah Wahl, owing to her previous tenure at McDonald’s.

The fast-food giant came under criticism in May over its ad spending with black-owned media in a different newspaper ad that called for a meeting with president and CEO Chris Kempczinski. The same day the ad appeared in the Chicago Tribune and Wall Street Journal, Entertainment Studios and Weather Group LLC, divisions of Allen Media Group, filed a $10 billion lawsuit against McDonald’s.

The lawsuit, filed in Los Angeles, charges racial discrimination in contracting, stating that the company spends less than $5 million of its $1.6 billion TV ad budget with black-owned media. The lawsuit asserts McDonald’s places Allen Media Group’s networks and platforms, including The Weather Channel, Comedy.TV and Cars.TV, outside of its “general market” advertising tier. Instead, according to the lawsuit, the Allen Media channels and platforms are relegated to the much-smaller tier reserved for black-targeted audiences, although many of their offerings are for general-interest audiences and compete with white-owned media.

“This is about economic inclusion of African American-owned businesses in the U.S. economy. McDonald’s takes billions from African American consumers and gives almost nothing back. The biggest trade deficit in America is the trade deficit between White corporate America and Black America, and McDonald’s is guilty of perpetuating this disparity. The economic exclusion must stop immediately,” Allen said in a statement.

The company denies it is being discriminatory when it comes to such spending.

“McDonald’s does not tolerate discrimination in any part of our business, and these unfounded allegations are inconsistent with our values and belied by our actions,” the company told Zenger. “We remain committed to doing our part to advance the growth of diverse-owned media, which is why we joined with our franchisees to increase our spend with diverse-owned partners from 4 percent to 10 percent, and with black-owned media from 2 percent to 5 percent of total national advertising over the next four years. As we defend against this lawsuit, we will continue to collaborate with diverse-owned partners that keep the brand at the center of culture and create deeper relationships with our customers, crew and employees.”

An earlier version of this story did not make immediately clear that the racial discrimination lawsuit was filed against McDonald’s, not Coca-Cola.