Adani has been ordered by a Queensland court to identify what confidential information was leaked to protesters in the campaign.
By Robyn Wuth and Cheryl Goodenough July 1, 2021
Facebook
Twitter
Linkedin
Email 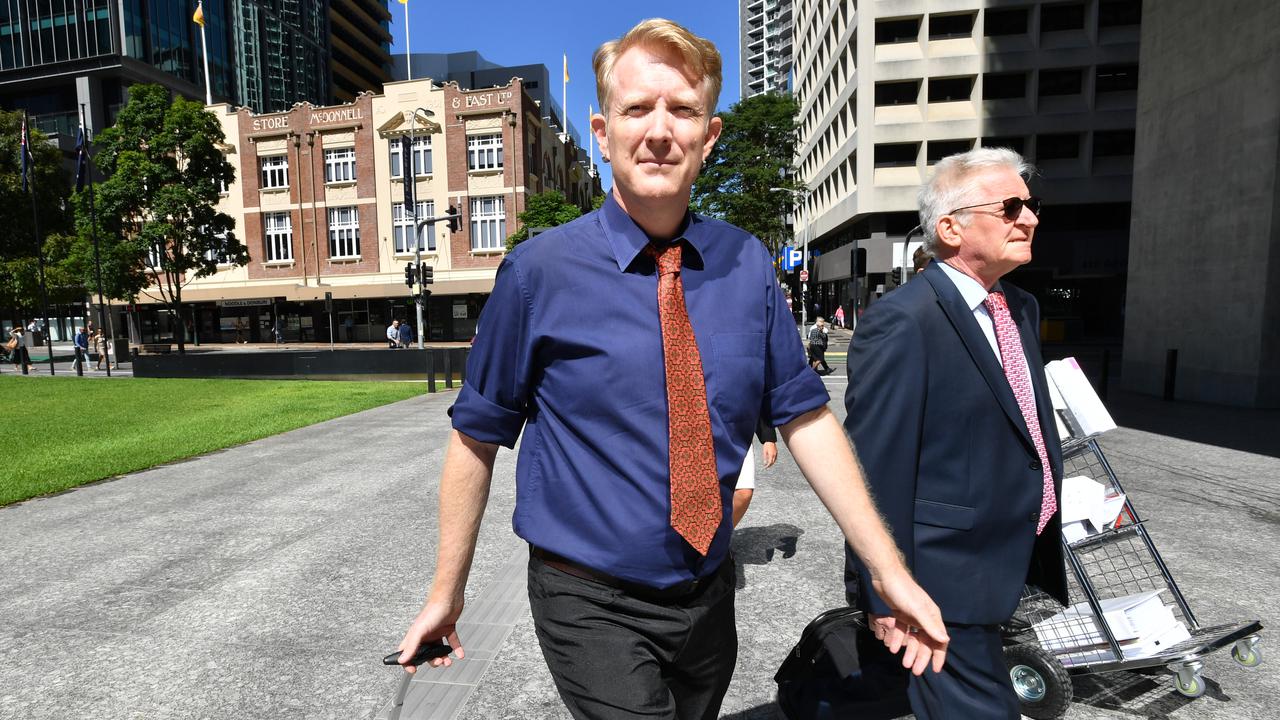 Adani has been ordered to reveal what confidential information was leaked to Ben Pennings (left). (Darren England /AAP Image)

BRISBANE, Australia — An Australian judge has ordered mining giant Adani to reveal what confidential information it alleges was leaked during a campaign against the controversial Carmichael project.

Adani alleges there was an actual or threatened misuse of the information that was not publicly available. In continuing, legal action started about a year ago the company is asking for the court to restrain Pennings from publishing confidential information or continuing the campaign seeking such material.

Adani claims it will suffer losses if construction is disrupted or contractors have to be paid more to compensate for loss and disruption by the activists.

In a special application in March, Adani asked that only Pennings’ lawyers access the company’s confidential information to ascertain whether material the activist had received was commercially sensitive.

But the lawyers argued they would not be able to take “proper instructions” from Pennings.

In a decision published on July 1, the Supreme Court ruled against Adani, determining Pennings had a right “to know the case against him sufficiently to defend himself, and that he will be prejudiced if the confidentiality regime operates in the manner proposed by Adani and Carmichael to exclude him seeing any confidential material disclosed”.

The court found it was not sufficient “for Pennings to know and give his instructions to his lawyers about whether he had received information that is confidential, and for them to work backward”.

“While Pennings undoubtedly is aware of the material he has received, he does not necessarily know that it is confidential information,” Justice Susan Brown said.

“Nor would Pennings’ lawyers be able to guide him in that respect in order to illicit proper instructions without being able to provide him with a description of the nature of the confidential information alleged to have been imparted to him.”

Justice Brown said Pennings was a defendant in “significant litigation” and exposed to potential damages and permanent injunctive relief.

But given the targeted campaign by Galilee Blockade information like names of contractors and potential suppliers, costs and proposed worksites should be redacted from the material Pennings is shown.

Pennings is required to undertake not to disclose confidential information and cannot be given a copy.

With regard to the ongoing court action brought by Adani, Justice Brown said whether confidential information was obtained and misused by Pennings would be a significant issue at trial.

“However, there is evidence which supports the allegation, at least to some extent, for the purposes of this application, which hasn’t yet been disputed,” she added.

“Pennings was strategically involved in the campaigns of the Galilee Blockade, in circumstances which appeared to at least have sought to illicit confidential information about Adani’s operations and Carmichael’s operations.” Pennings was confident the decision would allow him to properly defend himself.

“I’m excited to ultimately win this case on behalf of all Australians because it threatens our political freedom,” he said.

“So long as Adani threatens my family and the environment we all share I will do everything lawfully in my powers to stop them.”

The case will return to court for directions hearing on July 22. The decision comes amid revelations coal from the controversial Queensland mine should be heading offshore later this year after workers struck the first major seam.

Adani Australia’s announcement marks the milestone two years after the Carmichael mine and rail project received its final approvals.

The mine will initially export coal to India, where the Adani Group is based.