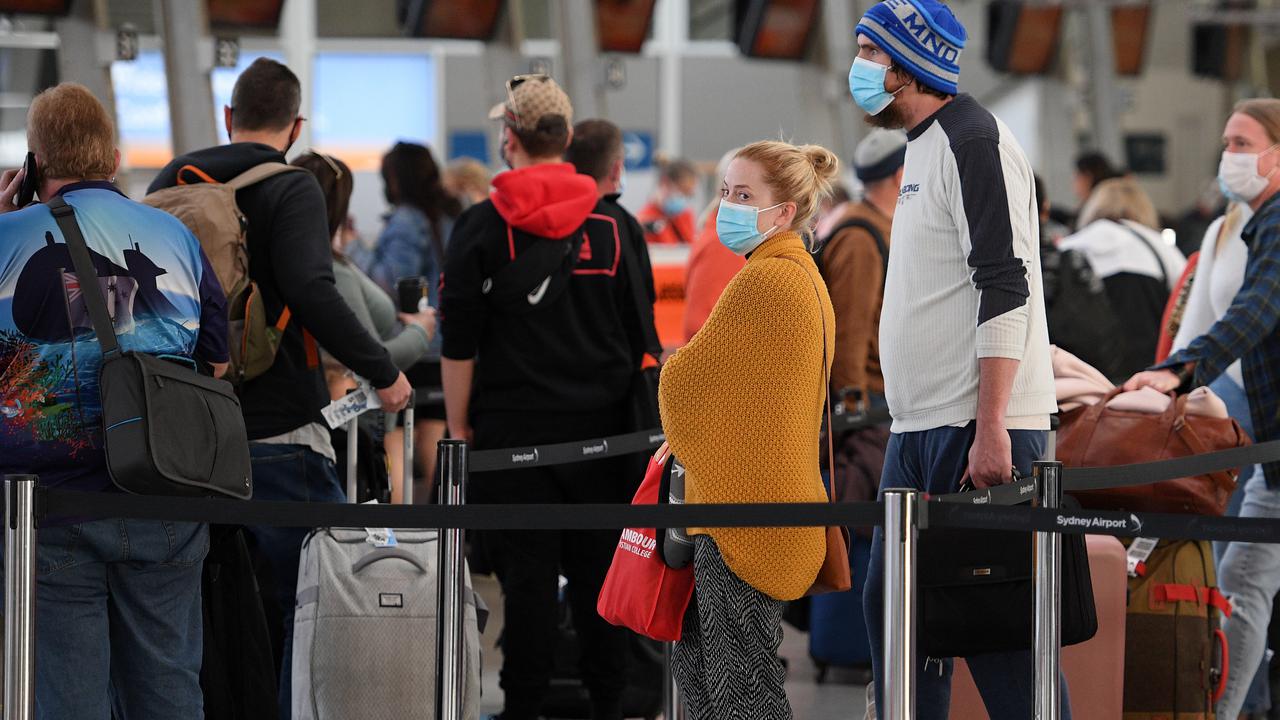 The head of Australian Border Force has rubbished suggestions floods of non-citizens are being let into Australia. (Dan Himbrechts /AAP Image)

CANBERRA, Australia — The head of the Australian Border Force has hit back at “fake” claims immigration officials are carelessly allowing tens of thousands of people to leave the country.

Commissioner Michael Outram has also rubbished suggestions floods of non-citizens are being let into Australia.

Queensland, Victoria, and Western Australia have called for a dramatic reduction in the number of international travelers allowed into the country.

Victorian Premier Daniel Andrews wants to reduce the returned traveler cap by between 50 and 80 percent for the next three to four months.

Labor states argue too many people are being granted exemptions to leave the country and come home again, putting the rest of the country at risk.

More than 51,000 outbound travel exemptions have been approved since the start of this year. But Outram pointed out 52,000 applications had been refused.

“So the idea we’re just letting people travel on a whim is actually fake,” he said on a radio channel on July 1, “We’re actually being really tough on this.”

More than 10,000 Australians have been approved to leave the country on compassionate or compelling grounds since the start of this year.

Another 27,000 have been allowed overseas for study or work, with the remainder of exemptions granted to people employed in critical industries and businesses.

Hotel quarantine breaches have been responsible for most of the outbreaks across Australia.

There have been at least 26 hotel quarantine leaks since the start of the pandemic, including six in June.

The federal government has blamed the states, arguing the outbreaks have not been caused by the number of incoming travelers, but conditions in hotel quarantine.

Outram hosed down suggestions that halving the number of arrivals would lower the risk of outbreaks.

Just 0.6 percent of international arrivals have been Covid-positive.

The volume of international travel has plunged to less than two percent of pre-pandemic levels.

Queensland Deputy Premier Steven Miles took aim at the Commonwealth over the number of foreigners allowed into Australia.

He claims 20,000 non-citizens were let into the country last month, half of whom were on temporary visas.

The boss — who is responsible for the international border and regularly briefs the national cabinet — disputes the figures bandied about by Miles.

There were 4039 returning Australian citizens, permanent residents, and immediate family members allowed into the country under the travel cap.

That compared to just 775 foreign nationals, who represented less than 16 percent of weekly arrivals under the cap.

Outram said the split between Australians and foreign nationals had been consistent since the start of the year.

The Queensland deputy premier is also frustrated at people being allowed to regularly leave and re-enter the country without being vaccinated.

The latest Brisbane outbreak was caused by an unvaccinated man who frequently traveled between Australia and Indonesia for work.