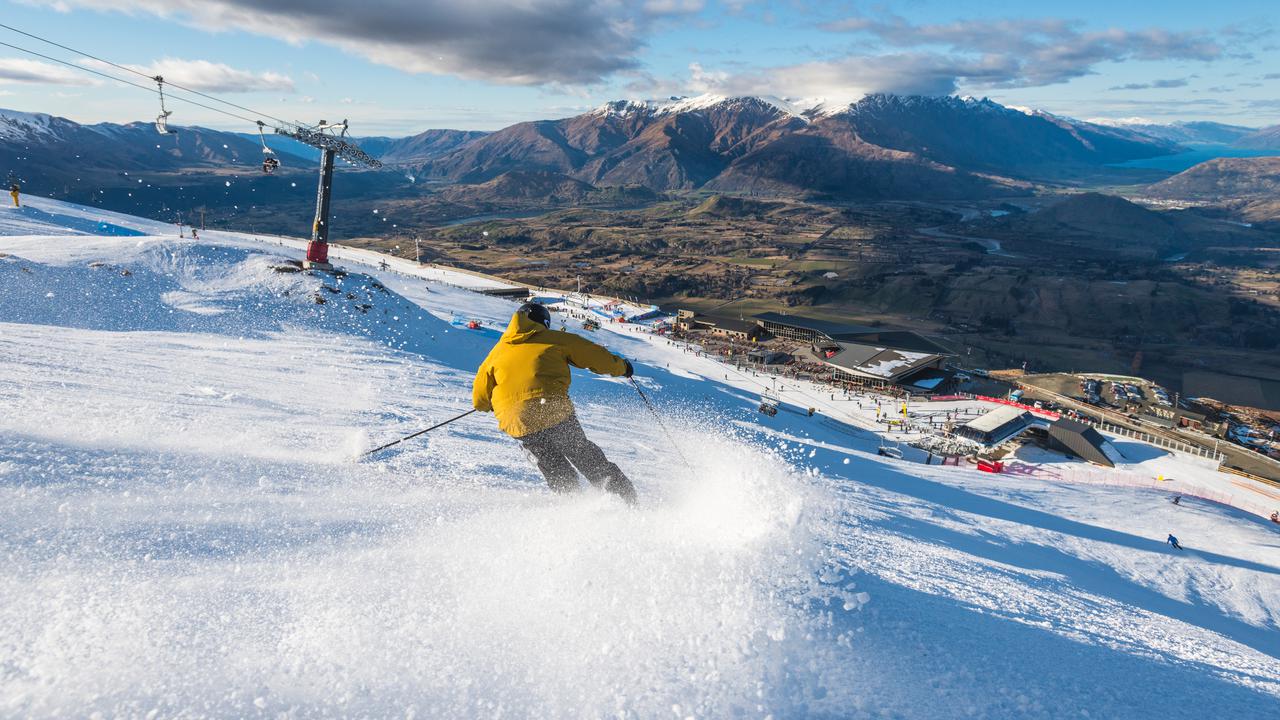 New Zealand ski operators are lamenting the absence of Australians due to the closure of a travel bubble. (AAP Image)

AUCKLAND, New Zealand — New Zealand’s ski resorts are whirring into life this week after a bumper snowfall, but there is still one thing missing; the Australians.

A polar front brought severe winds and snow across New Zealand this week, closing highways and placing Wellington into a state of emergency.

It was also a huge boon to ski fields.

The Remarkables received a 60-centimeter dump from the Antarctic blast, while across Lake Wakatipu, 25 centimeters of snow was enough to start Coronet Peak’s season on June 30.

“It is exciting to get a good winter storm to get us going,” said Paul Anderson, chief executive, New Zealand Ski.

However, the snow is out of reach for would-be Australian skiers.

The announcement of the trans-Tasman bubble back in April brought great relief to Queenstown’s tourism-reliant economy, which suffered through a domestic-only ski season last year.

Australian visitors made up around 40 percent of pre-Covid crowds in Queenstown.

Local operators circled this week and next – school holidays for most of Australia – as a chance to recoup lost earnings during the pandemic.

“This was the week we had been waiting for since the bubble was announced,” said Jim Boult, Queenstown Lakes Mayor. “The town had been hit by an avalanche of cancellations.”

“Instead of being a fabulous week, it is a bit of a gloomy week, I am afraid.”

Bridget Legnavsky, general manager of Cardrona and Treble Cone resorts, said the lack of snow and lack of Australians was a “two-fisted punch.”

“The weather has been tough. However, there is another front from June 5, which is looking really promising,” she said.

“The bubble closure has left us devastated. We planned for and staffed up to be at 100 percent of our business which includes Aussies. We planned to be super busy, and we are not.”

Jacinda Ardern’s government compensates businesses for loss of income when they are affected by local Covid-19 restrictions – but not for trans-Tasman border settings.

That means Wellington restaurants will receive assistance for a recent scare sparked by the visit of a Sydney man with coronavirus – but snow resorts and hoteliers down south will not.

There is little prospect of visitors from New South Wales- which provides roughly half of New Zealand’s Australian ski tourists- landing in Aotearoa any time soon as it battles a major outbreak.

Instead, ski operators are pinning their hopes on a trans-Tasman bubble reboot that will allow Victoria, Tasmania, South Australia, and Australian Capital Territory tourists to arrive from June 5.

“People that ski is generally quite brave and keen to get on with it,” she said. “They missed out on coming here last year and are really, really keen. So we think they will come as soon as they get the opportunity.”

Anderson said he understood the bubble closure given the importance of a health-first response but noted a few accents already on his slopes.

“We have seen big cancellations with New South Wales and now Queensland,” he said. “That is really disappointing.”

“But there are a surprising number of Australians over here already. A few must have squeezed through last week. There is a real hunger from Australians to get here.”