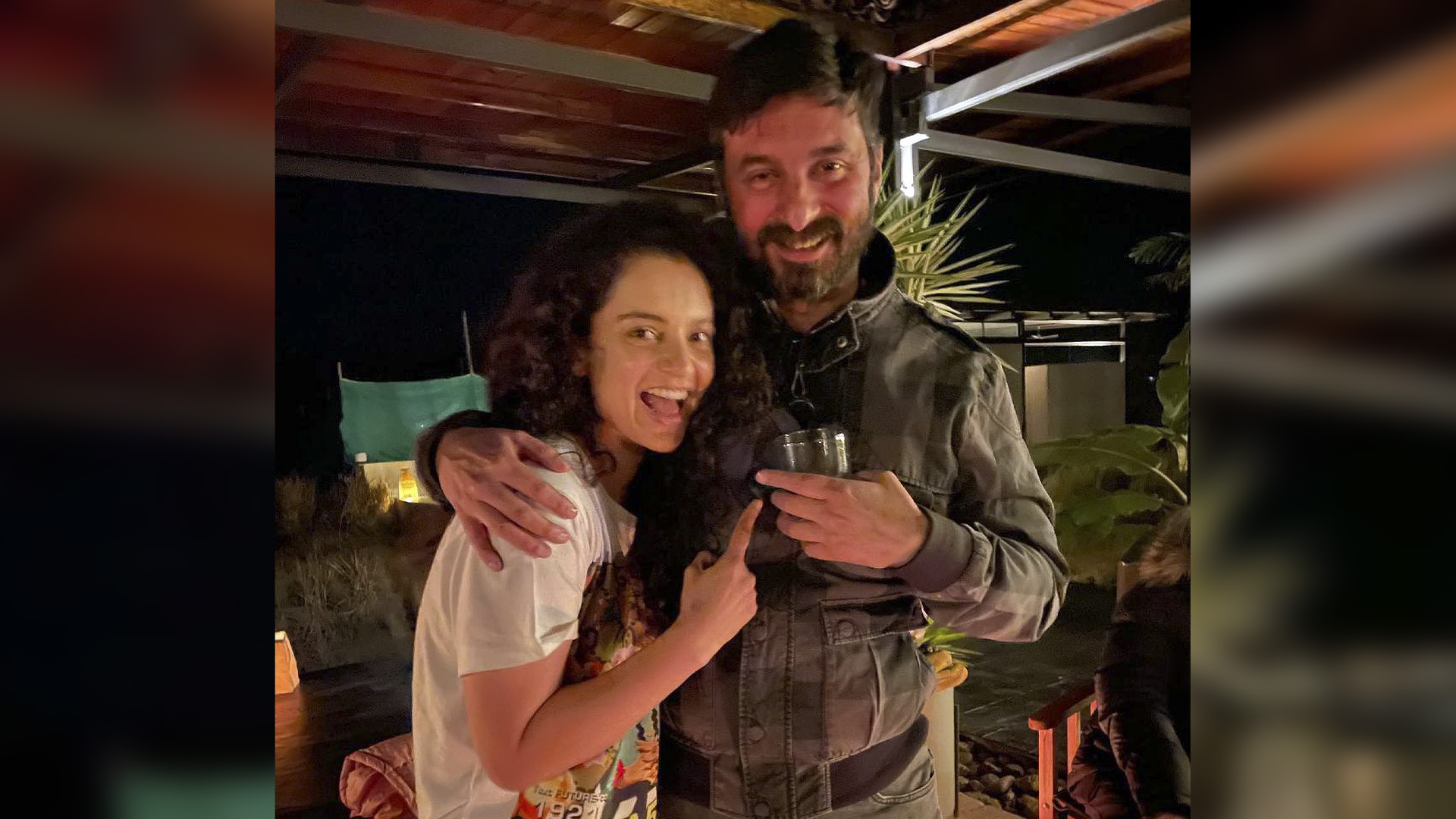 Kangana Ranaut finally received a fresh passport on June 29, and she is gearing up to fly back and meet the team of her upcoming film “Dhaakad.” (kanganaranaut/Instagram)

NEW DELHI — Days after a much-publicized court battle, Kangana Ranaut finally received a fresh passport on June 29, and she is gearing up to meet the team of her upcoming film “Dhaakad.”

The “Queen” actor informed her followers about it on her Instagram handle. She posted a picture with the “Dhaakad” director Razneesh Ghai.

“Got my passport… Thanks to everyone for their concern and best wishes … Chief, I will be with you all soon @razylivingtheblues #Dhaakad (sic),” read the caption.

“Dhaakad” will see Ranaut playing the role of an officer in the movie. The film also stars actors Divya Dutta and Arjun Rampal in pivotal roles.

A few weeks ago, Ranaut talked about her plea for passport renewal getting denied by the local passport authority in Mumbai on the ground that there was a First Information Report (FIR) registered against her by the Bandra police in Mumbai on charges of sedition.

Ranaut and her sister, Rangoli Chandel, were booked under relevant sections of the Indian Penal Code (IPC) by the Bandra Police after they made controversial statements on social media. The sister duo was booked under sections 295A (deliberate acts hurting religious sentiments), 153A (promoting enmity between different groups on the grounds of religion, race, etc.), and 124A (sedition) charges.

Ranaut also dragged actor Aamir Khan into her passport renewal controversy. She took to Instagram and posted a story from her Koo (an Indian microblogging site) account.

“Please note, when Aamir Khan offended BJP government by calling India intolerant, no one held back his passport to stop his films or shoots. In no way he was tortured or harassed #JustSaying (sic),” she wrote.

In her Koo post, Ranaut had also claimed indirect harassment by the Maharashtra government.

In the past, Ranaut’s controversial statements have ruffled some feathers. The actress is known to take jibes at celebrities, politicians, organizations, and several individuals.

Earlier in April 2020, Ranaut’s Twitter handle was suspended after she posted controversial tweets on the alleged post-poll violence in the eastern state of West Bengal.

Meanwhile, Ranaut will be seen in “Thalaivi,” a biopic on actor-turned-politician Jayalalithaa. “Tejas,” “Manikarnika Returns—The Legend Of Didda,” and “Emergency” based on the life of India’s former Prime Minister Indira Gandhi.