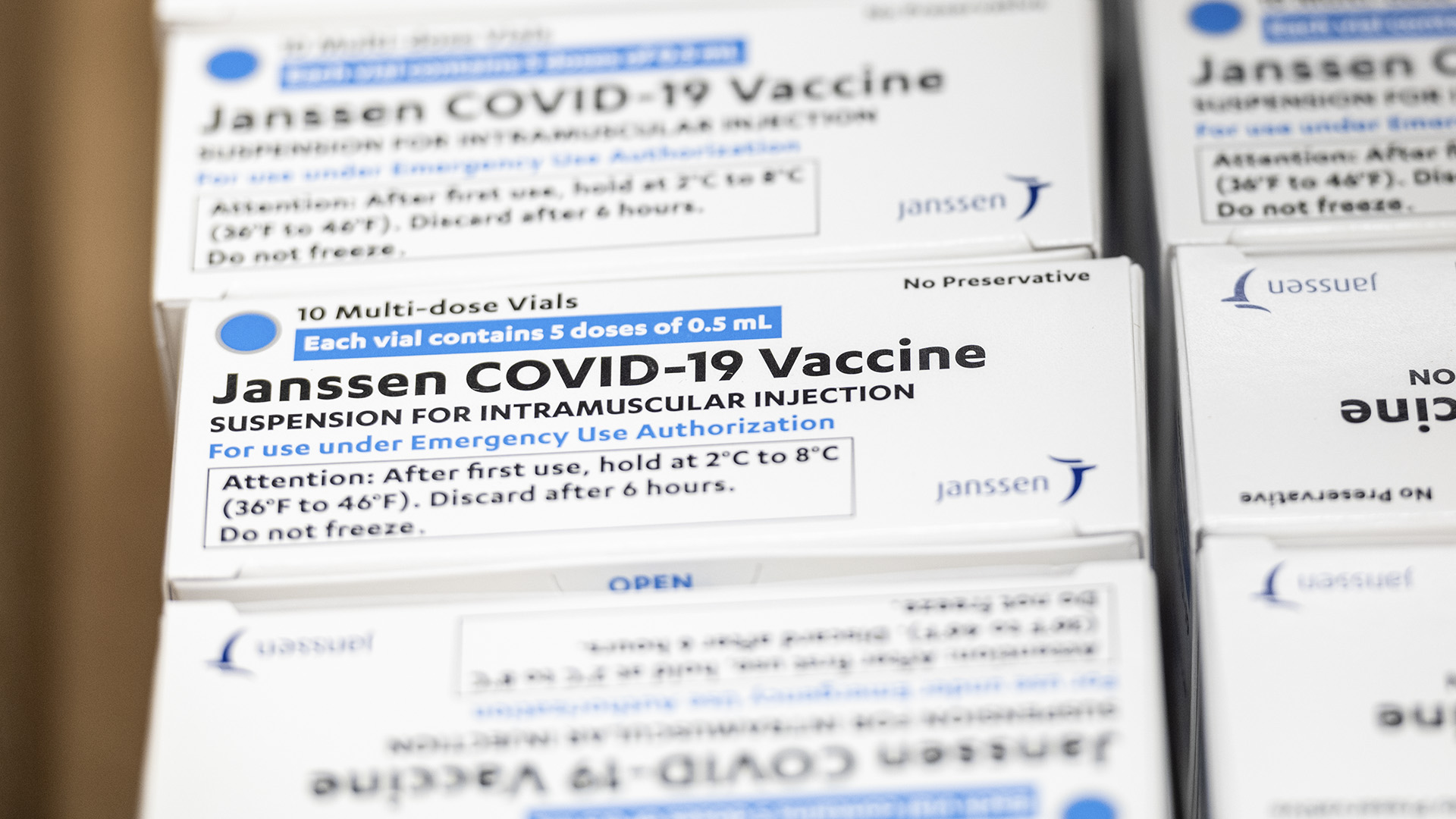 Boxes containing vials of the Janssen Covid-19 vaccine sit in a container before being transported to a refrigeration unit at Louisville Metro Health and Wellness headquarters in Louisville, Kentucky. (Jon Cherry/Getty Images)

NEW DELHI — A non-governmental organization, the Association of Healthcare Providers India, is likely to procure 100 million doses of the single-shot Johnson & Johnson Covid-19 vaccine from the European Union and administer it into India.

“There is allocation of the Johnson&Johnson vaccine in the EU [European Union] from where it will be given to developing countries,” said Girdhar Gyani, Director-General of the Association of Healthcare Providers India.

“We are representing a vast majority of hospitals and have given a letter of intent to have 100 million doses for India. It is currently being processed.”

He said that the Association of Healthcare Providers India has also approached the manufacturer directly and is waiting to see how that will materialize.

As the Johnson & Johnson vaccine is a single-dose vaccine, while others in the Indian market require two doses, it is eagerly awaited. It is expected to be cost-effective and will be especially beneficial for the rural population.

“Johnson & Johnson being a single-shot vaccine has tremendous value for a country like India,” said Gyani.

“There is so much hesitancy prevailing, and it would be easier to convince people to go for vaccination if it were just one dose. It is also difficult for the rural population and those Below the Poverty Line have to keep track and get their second dose.”

Almost 750 hospitals across the country have cumulatively demanded 6 million doses of Covid-19 vaccines in India.

“We have data from 750 hospitals that want the vaccine,” said Gyani.

“They wanted 6 million doses. We have not asked for any specific brand. Once we get the confirmation, we shall again take a revised estimate from hospitals. In any case, we are targeting tier-II/III cities where vaccines have not reached.”

He said that trials might not be required for the vaccine in India.

“According to our understanding of the policy, if a vaccine is approved by other developed countries, it will get approval in India,” said Gyani.

“Of course, a formal process of approval will be required, but trials may not be needed as clarified in the case of Pfizer.”

Association of Healthcare Providers has also attempted to procure the Sputnik V vaccine, but due to the slow process, they are now trying for Johnson&Johnson.

According to data published in the New England Journal of Medicine, the vaccine was 67 percent effective on average against moderate to severe critical Covid-19 at least 14 days after administration.

“Regardless of age and ethnicity, age, geographic location, and comorbidities, these results remain consistent. A single-shot vaccine that provides this level of protection represents an important tool in the global fight against Covid-19, as we strive to help end this deadly pandemic.”