Would Chew Eat It? Bull Penis And Maggot Cheese On Menu At Disgusting Food Exhibition

Museum's revolting recipes from around the world are hard to swallow.
By Georgina Jadikovskaall June 29, 2021
Facebook
Twitter
Linkedin
Email 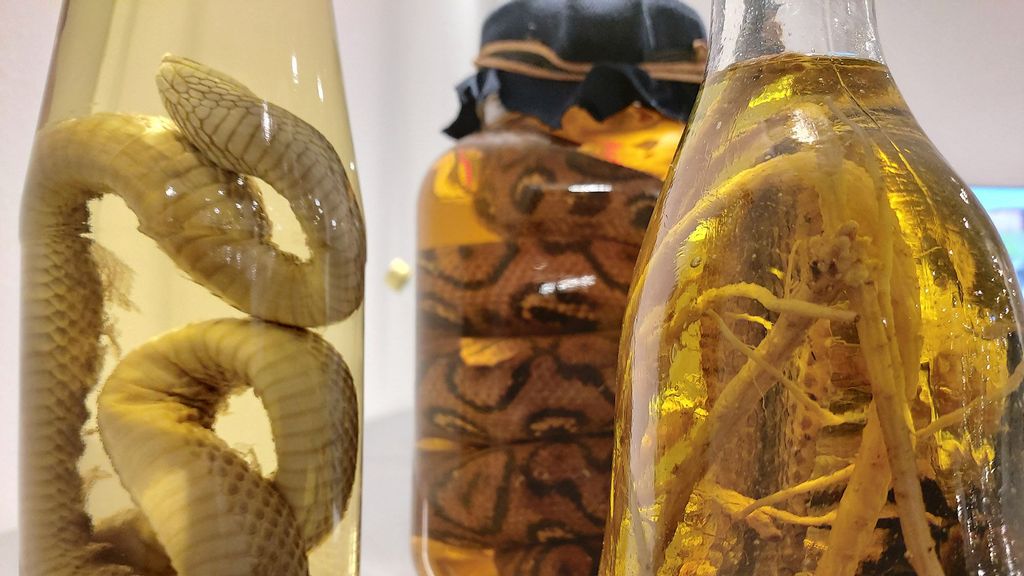 The Disgusting Food Museum in Berlin, Germany, will hold an exhibition with more than 90 extraordinary recipes from all over the world. (DFM Berlin/Zenger News)

A German museum is hosting a “disgusting food exhibition” with a display of over 90 unusual recipes including bull’s penis and maggot cheese for visitors with strong stomachs.

The Disgusting Food Museum in Germany’s capital Berlin has set up an exhibition of strange delicacies from around the world which can be sampled at their tasting bar Friday to Tuesday from 11 a.m. until 7 p.m.

The maggot cheese is called Casu martzu and is said to be unsafe to eat if the maggots in the cheese have died. This is why the maggots are usually still alive when eaten.

Volker explained that the exhibition aims to educate visitors by covering topics like sustainability and animal welfare, so not as many people are turned off by the word “disgust.”

“The longer we expose ourselves to things that frighten us or even arouse disgust, the more we begin to understand why they have to be the way they are, and how we can relate positively to them and what advantage they give us,” he said.

The Disgusting Food Museum was opened as a secondary location to the existing one in the city of Malmo in Sweden in May 2021. The Berlin director discussed not wanting to come up with the menu from a colonial viewpoint.

“We didn’t want to look at other countries from a colonial perspective. That’s why we tried to find a similar German dish for every dish,” he said.

“Each food in the exhibition is usually eaten in its culture of origin, it is disgusting in terms of the taste, smell, texture or background of its production. We are very excited about the opening of a permanent Disgusting Food Museum in Berlin,” Andreas Ahrens, Malmo director and co-founder, said.

Nutritionist Bastienne Neumann explained that having an open mind is essential to fully understand cultural differences which is one of the exhibition’s goals.

“We are disgusted with things that are strange or too close to us. We wouldn’t eat a dog here because it’s too close to us. In India, on the other hand, it is inconceivable to eat the sacred cow,” she said.