Astonishingly preserved 2,000-year-old objects were discovered during the building of a bank.
By Georgina Jadikovskaall June 29, 2021
Facebook
Twitter
Linkedin
Email 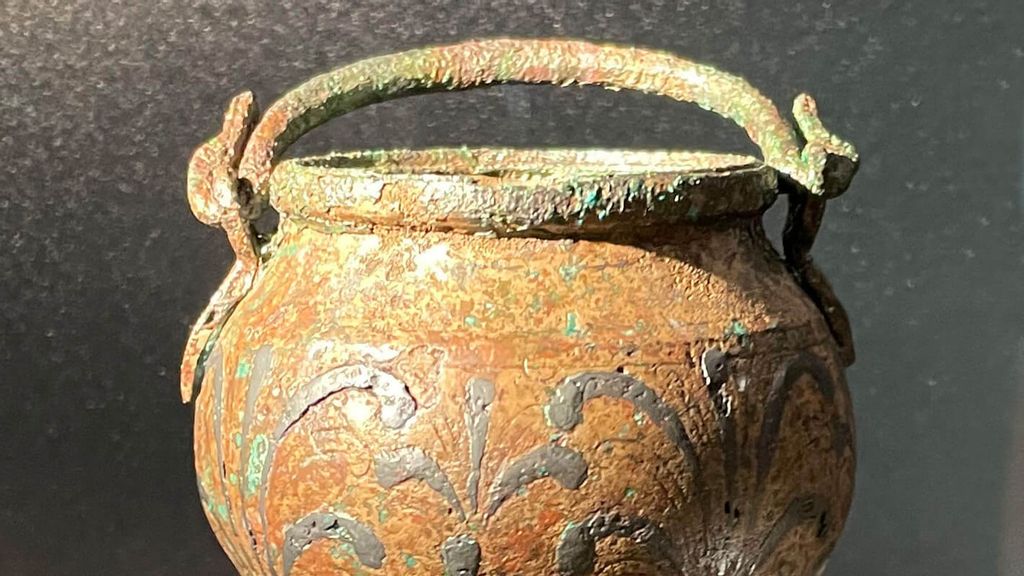 Remains of Roman settlements discovered during excavation work for the Rheinkontor building of the Landesbank Baden-Wurttemberg in Germany. (GDKE, Bonewitz/Zenger News)

Rare Roman artifacts and settlement evidence estimated to be at least 2,000 years old have been discovered during construction work in a German city.

Remains of the 2,000-year-old Roman settlements were discovered during construction work for the company RheinKontor, whose experts were setting up the German State Bank building in the city of Mainz in the German state of Baden-Wurttemberg.

The artifacts have been exhibited at the Port of Mainz since June 24, 2021.

Marion Witteyer, an archeologist at the General Directorate of Cultural Heritage in Rhineland-Palatinate, notes that these finds come as a surprise for many in the field.

“Actually, we did not expect any archeological relics in the area of the customs port,” Witteyer said.

Workers were amazed when they discovered various objects such as a dolphin filigree, a richly-decorated vessel, and a sculpture of the Roman moon goddess Luna, which led city officials to believe there is more to the site than previously believed.

“For us it was not only a matter of finding the Roman artifacts, but also preserving and presenting them to the public,” Peter Hahner, German State Bank regional board member said.

According to experts, the relics showed traces of intensive development from the Roman times to late antiquity in the area. The oldest settlement evidence dates back to the times of General Nero Claudius Drusus, who lived from 38 B.C. to 9 B.C., Witteyer said.

Witteyer said many of the discovered artifacts indicate a high living standard which is observable in their quality.

In addition, the State Archeology Department in Mainz documented ancient examples of non-arable land being turned into farmland by building dams to prevent rising water from entering the fields and flooding them.

According to experts, this construction method originates from the Mediterranean region and was used on rivers such as the Po River in Italy, or the Rhone River which passes through France and Switzerland. Geographically, Mainz is considered a river port city for its location on the Rhine River, the longest river in Germany.

“You can see that living by the water has always been very popular,” Witteyer said.