The mega dam can generate enough electricity for more than 20 million homes and is 16 times more powerful than the Hoover Dam.
By Joseph Golder June 29, 2021
Facebook
Twitter
Linkedin
Email 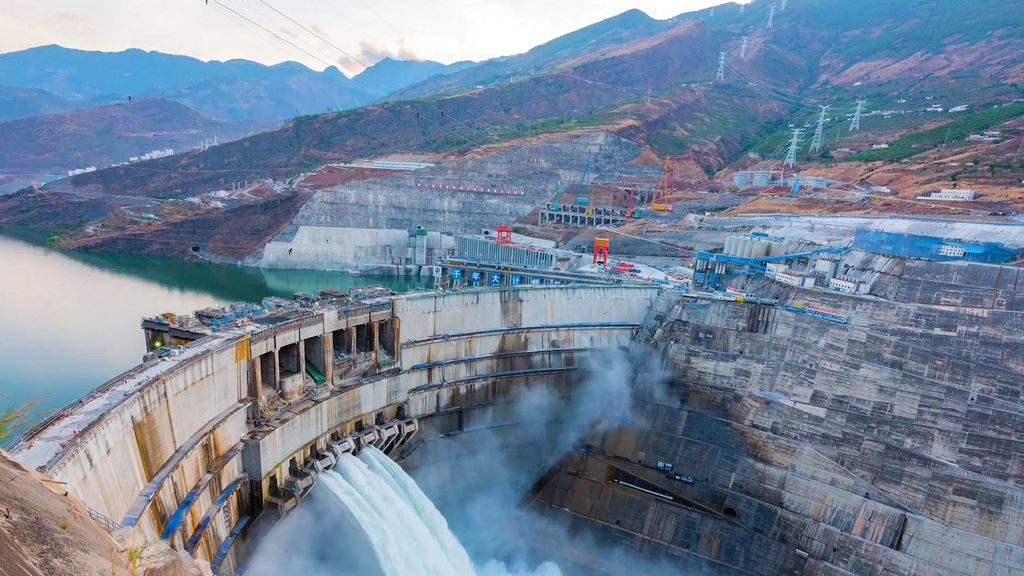 Chinese authorities have turned on two of the world’s first one-gigawatt turbines at the country’s new mega dam.

The Baihetan Dam is still under construction on the Jinsha River on the border of Sichuan and Yunnan provinces in southwestern China.

It is the last large hydropower project in China to be completed and will be the second-largest hydroelectric power plant in the world, in terms of generating capacity, after the Three Gorges Dam, also in China.

Upon completion, it will be the third-largest dam in China and the fourth in the world, in terms of dam volume.

After an eight-year delay, construction started in 2017, and the reservoir started filling in April this year. The dam was built by the China Three Gorges Corporation, a state-owned power company that also built the Three Gorges Dam.

The engineers working on the project hope the dam will be fully operational in July next year, meaning the construction period will have lasted a mere four years in contrast to the originally envisaged nine-year construction period.

The cost of the project has been estimated at $6.3 billion.

The 16 turbines at the dam will generate a total of 16,000 megawatts, with an annual generation of 60.24 terawatt-hours.

This is around 16 times the energy generated by the Hoover Dam on the border between U.S. states Nevada and Arizona.

The Baihetan Dam is part of China’s plan to cut carbon dioxide emissions and become carbon-neutral by 2060. China is currently reliant on coal power, and emits a higher percentage of the world’s total greenhouse gas emissions per year than any other country, according to reports from Rhodium Group.

The Baihetan Dam is expected to reduce China’s carbon emissions by more than 56 million tons per year and replace roughly 22 tons of coal consumption.

In addition to contributing to China’s goals for lowering emissions, the project is part of an initiative to transfer power generated in the western part of the country to the more densely populated areas in the east.

There are currently six hydropower plants on the Yangtze River that fall under the Three Gorges Corporation’s jurisdiction. The level of development on the river has sparked complaints from environmentalists about the dams’ impact on farmland and the biodiversity of the river, as well as concerns about flooding nearby communities.

The Baihetan Dam will utilize technology for water recycling, which is meant to reduce pollution as well as costs.

After a three-day trial, two of the Baihetan station’s 16 one-gigawatt generators started full operation on Monday, just ahead of the 100th anniversary of the Communist Party of China.