The lingerie brand scores just 17 out of 100 in a gender audit as it ditches Angels for diverse models including Megan Rapinoe.
By Ali McCadden June 29, 2021
Facebook
Twitter
Linkedin
Email 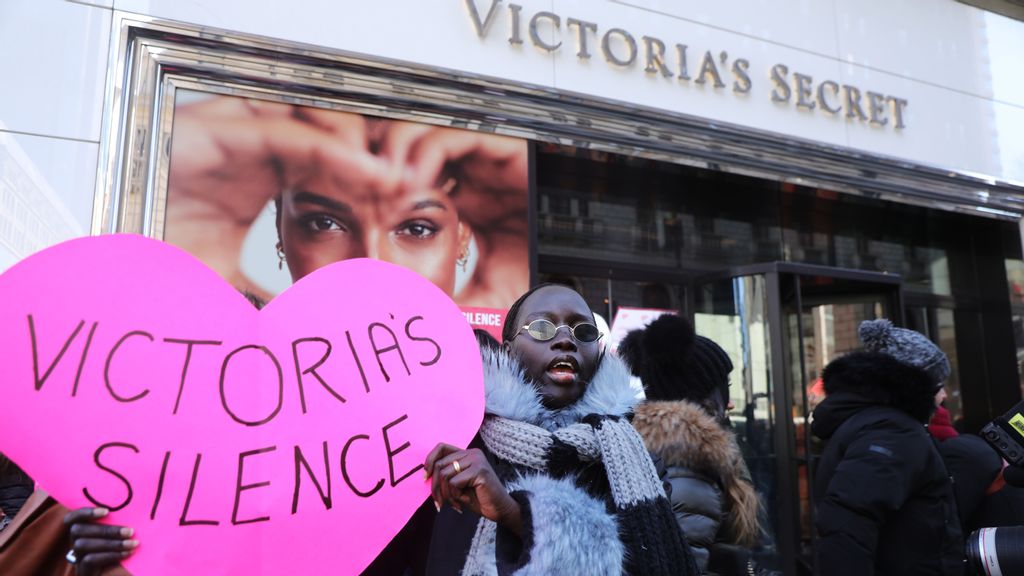 Victoria’s Secret parent company L Brands scored a meager 17 out of 100 on a new 2021 Gender Benchmark index published Tuesday, despite the underwear retailer’s high-profile abandonment of its Angels catwalk show and new slate of diverse models.

With scores of 53.9/100, Gap, which also owns Banana Republic, Athleta and Old Navy, and VF Corporation — known for The North Face, Vans shoes and Timberland — topped the list. Adidas was next with a 50.1 score, and Levi Strauss & Co and Target rounded out the top five at 47.3.

Though L Brands scored relatively well in terms of workplace compensation and benefits and gender representation in the supply chain, it lagged behind peers in all measurement areas.

L Brands, and Victoria’s Secret in particular, was rocked by revelations of its links to pedophile Jeffrey Epstein.

He managed L Brands founder Les Wexner’s fortune and a series of women have alleged he posed as a Victoria’s Secret scout in an attempt to abuse them.

Wexner stepped down in May 2020 but L Brands is now being sued by activist shareholders over accusations which include a claim that the company founder and his wife knew Epstein was using the guesthouse in their New Albany, Ohio estate to abuse underage girls.

The lawsuit claimed Wexner’s tied to Epstein caused reputational damage to the company.

The research published Tuesday does not focus on Epstein, but on current practices at the company.

It says that while L Brands states it is against workplace discrimination and harassment — and even has a violence and harassment policy — it does not require suppliers to put in place similar policies to cover their workers and does not actively police the issue, according to the report.

This reflects a trend within the apparel industry, the World Benchmarking Alliance says.

“Apparel isn’t walking the talk when it comes to gender equality,” said Pauliina Murphy, the group’s director of engagement. “We see a marked difference between what companies say and do on vital issues such as pay, gender balance in leadership and violence and harassment.”

The rebranding was announced alongside the launch of a new charity group called The VS Global Fund for Women’s Cancers. Through the partnership, Victoria’s Secret says it will donate at least $5 million annually to address racial and gender inequities and fund cancer research.

Martin Waters, who took over as the CEO of Victoria’s Secret in February, called the rebranding an effort to turn the lingerie company into “the world’s leading advocate for women.”

The rebranding of Victoria’s Secret takes place amid a trend of apparel companies pivoting to appeal to younger consumers who increasingly value company ethics.

According to a study by Porter Novelli/Cone, 90 percent of Gen Z consumers believe that companies should take action to help the world solve its social and environmental issues — while 75 percent said they research a company’s stances before buying from them.

Yet the rebranding of Victoria’s Secret has led some to question whether its new gender-conscious stance is a sign of genuine change in values within the company, which has long been known for its scantily-clad supermodels — or if it’s just geared toward marketing.

It has also raised questions about its broader ethical commitments. Sustainability has long been an issue in the fast fashion industry, and Victoria’s Secret has been no exception.

The company received backlash last year when hundreds of bras were found discarded outside a recently closed store in Colorado.

Though the brand hasn’t been accused of sustainability issues of the same magnitude since, L Brands scored 0.5 out of 100 on the 2020 Sustainable Cotton Ranking and has received a “C” grade on the CDP Climate Change program since 2016.

At the same time, Victoria’s Secret has made some progress when it comes to sustainability.

According to its website, the company “upcycled” millions of plastic bottles and donated enough money to plant 100,000 trees. It also says it is a member of the Sustainable Apparel Coalition.

Tammy Roberts Myers, a spokesperson for L Brands, told Zenger News the company had also established an internal task force that meets nearly weekly to “create an intentional journey for the brand” focused on tangibly improving its efforts on issues of sustainability.

However, Tracy Meserve, a contributor to Grist Magazine’s Fix solutions lab, an independent news outlet covering politics and the environment, said she is typically skeptical of “sustainability initiatives” announced by major apparel brands.

While some have substance, she said most tend to be just marketing tactics. The difference is generally revealed by whether a brand has precise goals, specific metrics and defined timelines to achieve them, so that customers can keep them accountable, according to Meserve.

Another issue Victoria’s Secret has faced criticism about recently is labor exploitation.

A 2020 study from the Australian Strategic Policy Institute revealed a number of global brands, including Victoria’s Secret, had directly or indirectly benefited from forced labor by Uyghur Muslims from China’s Xinjiang Uyghur Autonomous Region since 2017.

The L Brands spokesperson told Zenger News it had never operated in the region.

The company has challenged the accuracy of the 2020 study and sent a response to the United Nations denying any business relationship with the region.

Nevertheless, 20 percent of the world’s cotton comes from the Xinjiang region of China, making supply chain cleanliness hard to assess. According to The Coalition to End Forced Labor in the Uyghur Region, virtually the entire apparel and footwear industry is tainted by the forced labor.

Jewher Ilham and Penelope Kyritsis from the Worker Rights Consortium said that the only way for companies to be certain they are not complicit is if they have proactively made a set of commitments to completely remove their supply chains from the region.

End Uyghur Forced Labor has also created a Call to Action for companies to do exactly this, and though seven brands have signed the call, L Brands has not yet signed.

Ilham also noted that when the Chinese government retaliated against several American companies for having public statements against Uyghur forced labor on their websites this spring, many removed the statements in response — including Victoria’s Secret.

“We do view taking down a statement, when you have already put up a statement, as a sign that you might be prioritizing your commercial interests in China over the lives and human rights of Uyghurs,” Kyritsis said.

The Victoria’s Secret rebranding is just the latest example of a company pivoting its brand toward social change. But questions remain about whether changes in marketing will lead to adjustments in supply chain practices.

Kyritsis said that companies like Victoria’s Secret — and the governments regulating them — needed to take a more systematic approach to demanding improved labor conditions.