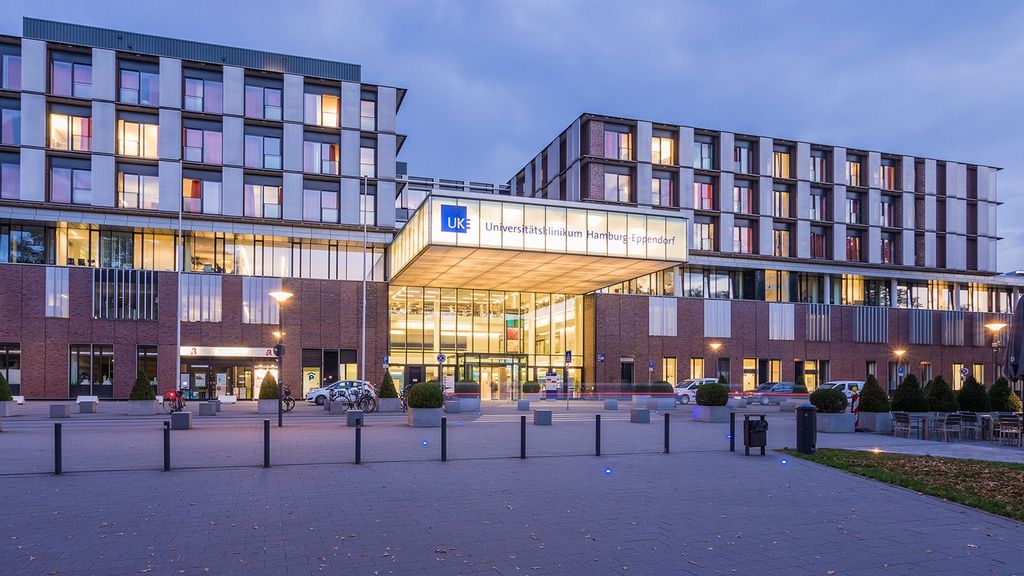 The main building of the University Clinic Hamburg-Eppendorf in Germany where a child was left severely disabled after doctors postponed tumor operation. (Universitatsklinikum Hamburg-Eppendorf (UKE)/Zenger News)

A hospital in Germany has been ordered to pay compensation to a person who as a schoolboy was left severely disabled after doctors postponed his brain tumor surgery until after the Easter holiday.

Following a decision from the Hamburg District Court on June 23, the Hamburg-Eppendorf University Clinic in Germany has been ordered to pay $535,000 compensation due to a doctor’s medical error 10 years ago.

The then 13-year-old patient was admitted to the Altona Children’s Hospital in Germany after an MRI scan ordered by a private radiologist showed a seven-centimeter diameter tumor on April 20, 2011.

After learning the patient had suffered from severe headaches and nausea since February, the radiologist requested an “immediate operation, before Easter.”

Specialists from the Altona Children’s Hospital confirmed the diagnosis and the young patient was admitted to the Hamburg-Eppendorf University Clinic on April 21, 2011.

However, instead of following recommendations to operate immediately, doctors at the clinic did not consider surgery was urgently needed and scheduled the operation for several days after Easter, due to a lack of medical staff.

The youngster’s tumor bled out on Easter Sunday at 8.45 a.m. — after which he was no longer responsive and had to be ventilated.

At that point, doctors admit him into the intensive care unit, where he was treated for two months.

The former patient, now 23 years old, had to go to rehab for 11 months after he was released from intensive care, but his damage was too severe.

After seven experts came to a conclusion that the patient’s complications were a result of medical errors by doctors, the father filed a lawsuit at the Hamburg District Court in 2017.

The court decided on June 23, 2021, the late surgery appointment was a “huge medical error” and requested the hospital pay $535,000 (450,000 euros) compensation for the pain and suffering, in addition to all future treatment costs of the patient.

“The sum represents a compensation for all the pain and the suffering,” said the family’s lawyer Malte Oehlschlager. He specializes in medical malpractice in neurology, emergency and internal medicine, and works for the Quirmbach Partner law firm.

“When I worked for a U.S. medical law firm in San Francisco, I was able to compare the legal systems. It is no secret that compensation for pain and suffering in the USA is often colossal, compared to the German standard.”

“Even if financial compensation alone cannot bring you back to health and, especially in particularly tragic cases, can only be a poor consolation, one should not forego certain and fair claims without a fight,“ says Oehlschlager.

According to the verdict “it can be assumed that the plaintiff would have been spared any remaining neurological failures in the case of a standard treatment, in particular, a brain tumor operation on 23 April 2011, at the latest.”

The judges failed to find an “understandable reason” why the operation had to be postponed for six days, given the location of the tumor, respectively on the brain.

A malignant brain tumor is fast-growing cancer that spreads to other areas of the brain and spine. Benign tumors can cause damage by growing and pressing on other parts of the brain and can be life-threatening. The symptoms include severe, persistent headaches, seizures, persistent nausea, vomiting, and drowsiness or paralysis on one side of the body.

“The [Hamburg-Eppendorf University Clinic] does not want to comment on the ongoing proceedings,” a spokesperson from the university clinic said.

The clinic has the right to appeal.