Subhash Ghai Praises Madhuri Dixit For ‘The Inspiration’ She Is 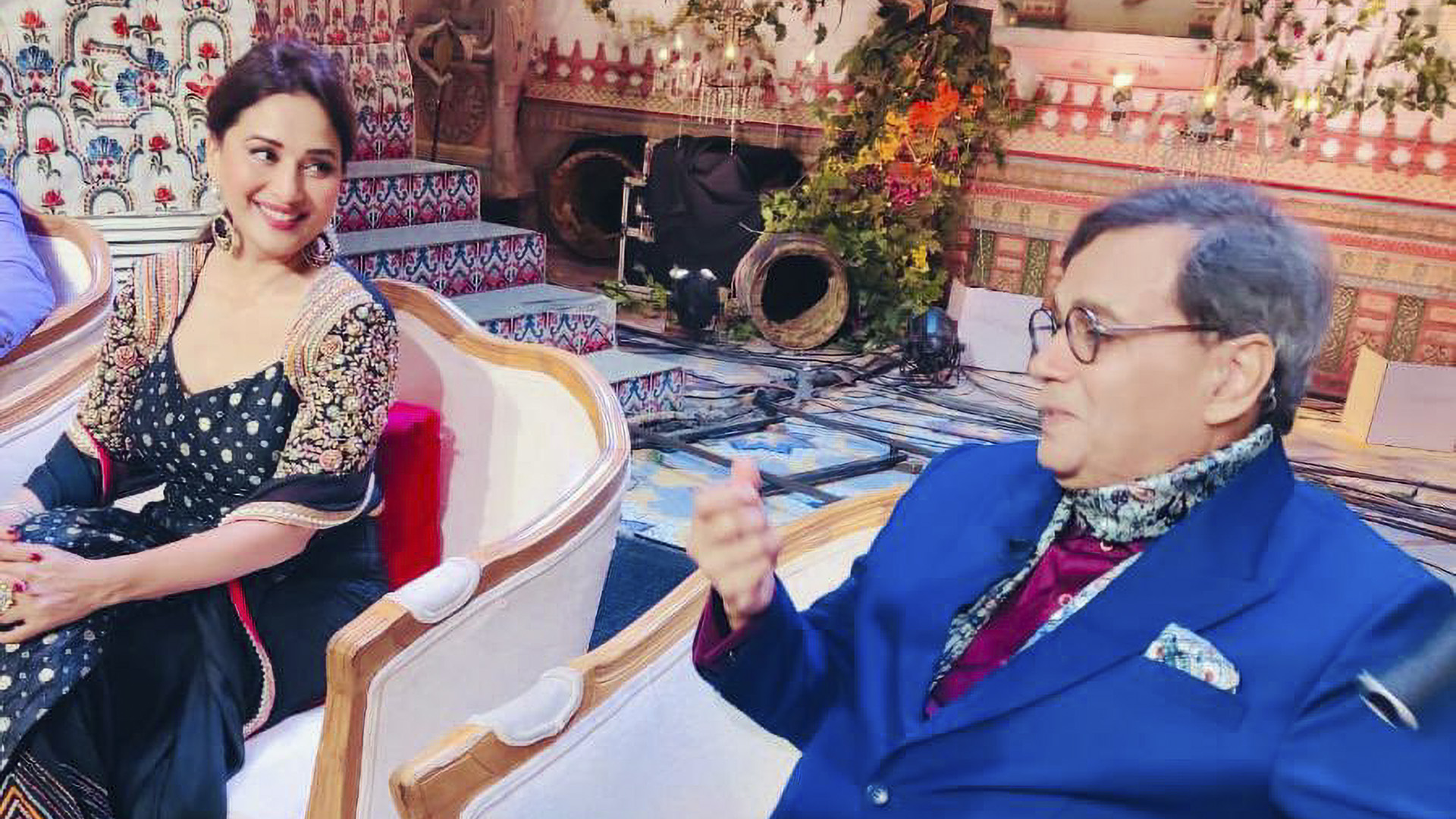 MUMBAI, India — Ace director-producer of the Hindi film industry, Subhash Ghai, got emotional after revisiting the behind the scenes video of the iconic song from 1993, “Choli Ke Peeche,” on the sets of the reality show “Dance Deewane 3” and praised Bollywood actress Madhuri Dixit for her inspirational journey so far.

“I am so proud of @MadhuriDixit who has become an inspirational icon today for the younger generation starting from being a simple but passionate student, which I cud see in this video shown at @DanceDeewane last night (sic),” said Ghai in a tweet posted along with a photograph of Dixit from the sets of “Dance Deewane 3.”

The episode of the dance reality show, which will air on July 3, will see the “Khal Nayak” director as a special judge.

Dixit shared a sneak peek of the upcoming episode on June 26, where she and Ghai are seen watching a behind-the-scenes clip of “Choli Ke Peeche.” Everyone gets emotional seeing late choreographer Saroj Khan teaching the dance moves and expressions to Dixit in the video.

“Khal Nayak” is a 1993 crime-action thriller film produced and directed by Ghai. The story centers on the escape and attempted capture of terrorist criminal Ballu (Sanjay Dutt as antihero) by Inspector Ram (Jackie Shroff) and his girlfriend, officer Ganga (Madhuri Dixit). The film was the second-highest-grossing Hindi film of 1993.

“Choli Ke Peeche” is considered one of the iconic songs of Bollywood. Singers Alka Yagnik and Ila Arun won the “Best Playback Singer” award for the song, while Khan bagged the “Best Choreographer” award at the 1993 Filmfare ceremony.

“The Saroj Khan Story,” a documentary on the choreographer’s life, directed by Nidhi Tuli and produced by the Public Service Broadcasting Trust and Films Division of India, was released in 2012. Khan has earned the most awards of any choreographer, with three National Film Awards and eight Filmfare Awards. Khan died on July 3, 2020, after suffering a heart attack.

Dixit has been involved in charity initiatives in addition to performing in films. She has been working with UNICEF to advocate for children’s rights and avoid child labor. She performs in concert tours, and stage productions, serves as a talent judge on dance reality shows, runs an online dance academy, and is the co-founder of RnM Moving Pictures, a production firm. Dixit has two children with Shriram Nene, with whom she has been married since 1999.

In 1984, Dixit made her film debut in the Rajshri Productions drama “Abodh,” in which she starred alongside Bengali actor Tapas Paul. The film was a commercial failure upon its premiere, although critics praised Dixit’s performance.