Shilpa Shetty Adds A Touch Of ‘Bhangra’ To Her Workout Session 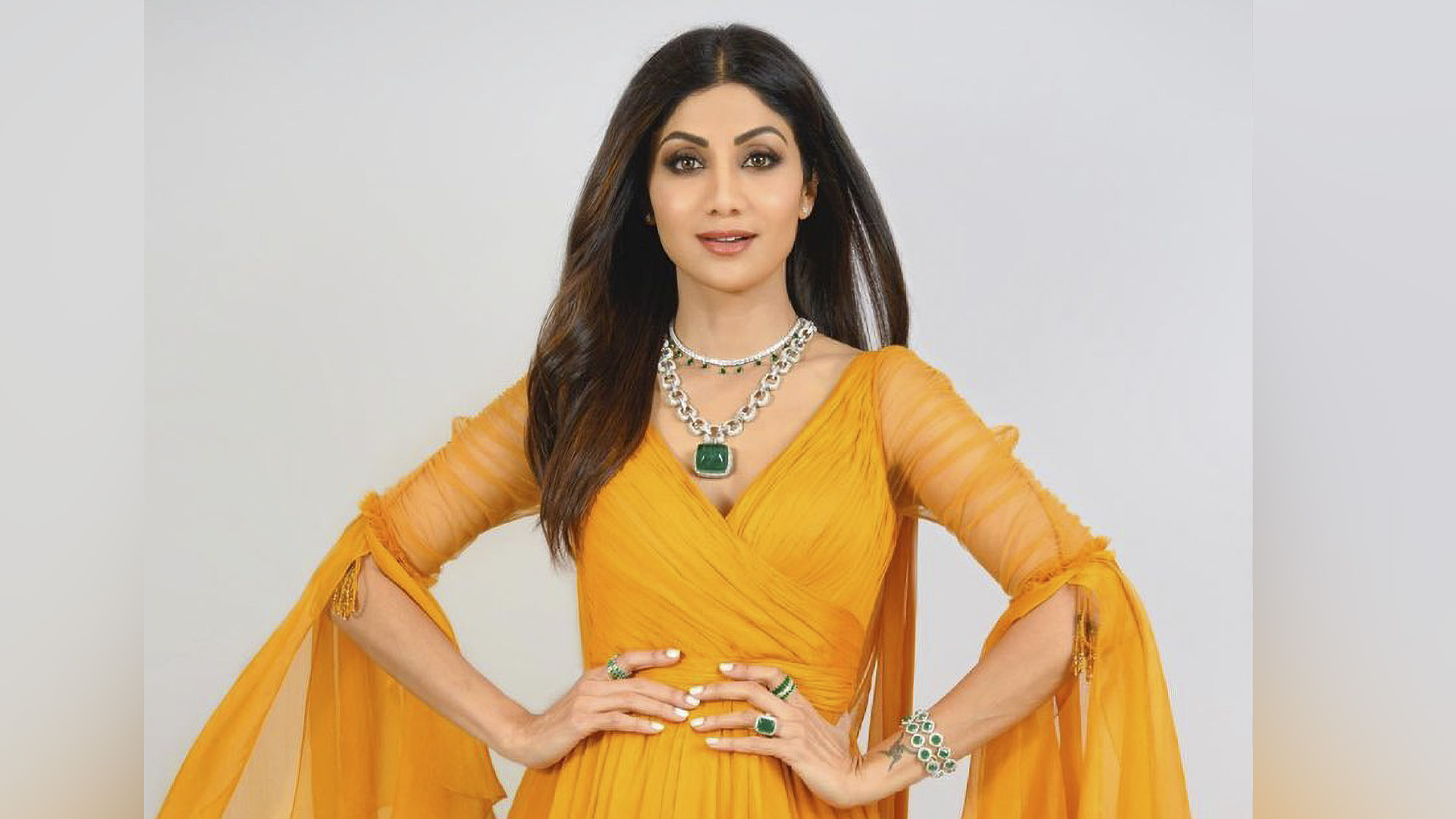 Taking to Instagram on June 28, Shilpa posted a video of her doing cardio by adding a touch of Bhangra to it. Bhangra is a type of traditional folk dance of the Indian subcontinent, and it originated from the Punjab area in Pakistan. (Theshilpashetty/Instagram)

MUMBAI, India — Bollywood actress Shilpa Shetty Kundra, who is more famous these days as a wellness influencer, shared tips on how to make a workout session exciting.

Taking to Instagram on June 28, Shilpa posted a video of her doing cardio by adding a touch of Bhangra to it. Bhangra is a type of traditional folk dance of the Indian subcontinent, and it originated from the Punjab area in Pakistan.

“A different kind of #MondayMotivation today, Platform Side-To-Side Shuffle…Cardio Is not boring; you need to be exploring. An extreme lower-body-focussed high-intensity Interval Training Drill, which conditions the heart and lungs as well,” Kundra said in her Instagram post. “Burns more calories in less time. Making it fun by adding Bhangra Arms; and yes, adding ‘arms’ will burn more calories (sic).”

Kundra also explained how to do the particular exercise.

“Try performing 3 to 4 rounds of 1 minute each. Rest for 1 minute after every round. Increasing the platform height will increase the intensity. If you are a beginner, start with 30 seconds per round on a 4″ or 6″ platform (sic).”

Her “Bhangra Arms” workout was appreciated by netizens.

The video clip also features Shilpa’s husband, Raj Kundra, who is Punjabi. Shetty married Kundra, a British-Indian businessman, in 2009. Shetty co-owned the Indian Premier League team, Rajasthan Royals, with her husband from 2009 to 2015.

A fitness enthusiast, Shetty is active in several fitness projects, including the Fit India Movement, which was started by the Indian government. In 2015, she released her yoga DVD, which established her as a wellness influencer.

Shetty extended her support to a BBC World Service Trust television show aimed at addressing the HIV/AIDS epidemic in India. In March 2007, she was also invited to see Queen Elizabeth II at Marlborough House in London. She was the subject of The Real Shilpa Shetty, a Sky One documentary produced by British television production company Twofour.

Shetty received the Champions of Change Award in 2019 for her work on the Swachh Bharat Mission cleanliness drive. She has worked with PETA since 2006 as part of an advertising campaign against the use of wild animals in circuses and films.

Meanwhile, on the work front, Shilpa will be next seen in “Hungama 2,” which also stars Paresh Rawal and Meezaan Jaaferi. She is also a part of “Nikamma.” In addition, she is currently judging the dance reality TV show, “Super Dancer Chapter 4.”