The team believes the technology would have a similar effect on solid tumors associated with lung, ovarian and other cancers.
By Zenger News Desk June 29, 2021
Facebook
Twitter
Linkedin
Email 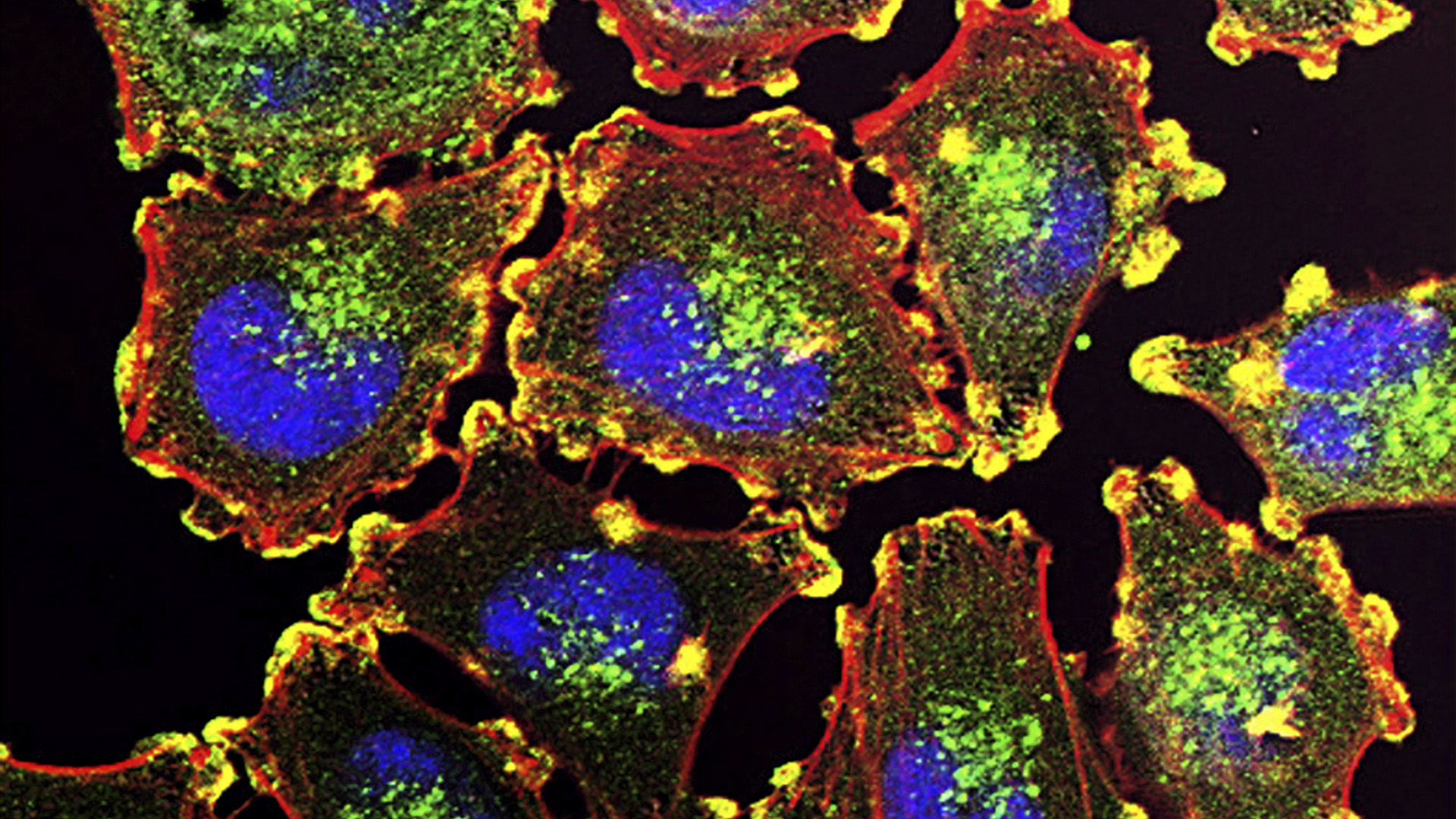 Illumina wants to bring its cancer detection start-up back into the company, but government regulators are blocking the move. Pictured, metastatic melanoma cells. (National Cancer Institute/Unsplash)

The modified “natural killer” cells can differentiate between cancer cells and healthy cells that are often intermingled in and around tumors, destroying only the targeted cells. The findings were published in the journal “science.”

The natural killer cells’ ability to distinguish the target cells, even from healthy cells that bear similar markers, brings new promise to this branch of immunotherapy, say members of the research team.

The engineered T-cells used in CAR-T therapy are highly effective against some blood-borne cancers but cannot distinguish between cancerous and non-cancerous cells, so while they offer important benefits, they are not uniformly applicable to all forms of cancer. In patients with solid tumors, the T-cells can cause devastating, even lethal side effects.

The team behind the research wanted treatment with the same power as CAR-T, but which could be used safely against solid-tumor cancers. They first propagated natural killer cells taken from the blood of patients with breast cancer. Such cells perform a similar function to T-cells in the immune system.

The researchers then genetically modified them to target specific receptors on cancer cells, successfully testing the CAR-NK cells in the laboratory on tumor cells derived from breast cancer patients.

“We want to be able to attack these malignancies that have been so resistant to other treatments,” said lead author Ana Portillo, Ph.D. candidate, Department of Medicine.

“The efficacy we see with CAR-NK cells in the laboratory is very promising, and seeing that this technology is feasible is very important. Now, we have much better and safer options for solid tumors.”

“These CAR-NK cells are a bit smarter, in a way, in that they only kill the enemy cells and not good cells that happen to have the same marker,” said Ashkar, Portillo’s supervisor and Professor of Medicine McMaster University.

“These cells have a sober second thought that says, ‘I recognize this target, but is this targeted part of a healthy cell or a cancer cell?’ They are able to leave the healthy cells alone and kill the cancer cells.”

Portillo and Ashkar’s 12 co-authors, most associated with McMaster’s Department of Medicine and its Immunology Research Centre, including McMaster’s Bindi Dhesy-Thind (Associate Professor, Oncology), who provided blood samples from patients being treated for breast cancer in her clinical practice at Hamilton Health Sciences Juravinski Cancer Centre.

“These are very exciting results, as to date the benefits of immunotherapy in breast cancer have lagged behind that of other malignancies,” Ashkar said.

“These engineered CAR-NK cells are an important step towards having a viable immunotherapy option in this large group of patients.”

Ashkar says there is good reason to believe the technology would have a similar effect on solid tumors associated with lung, ovarian and other cancers.

The next step in moving the therapy toward clinical use is to conduct human trials, which the researchers are now arranging.