Pork Rinds Complement Many Dishes As A Weekend Treat 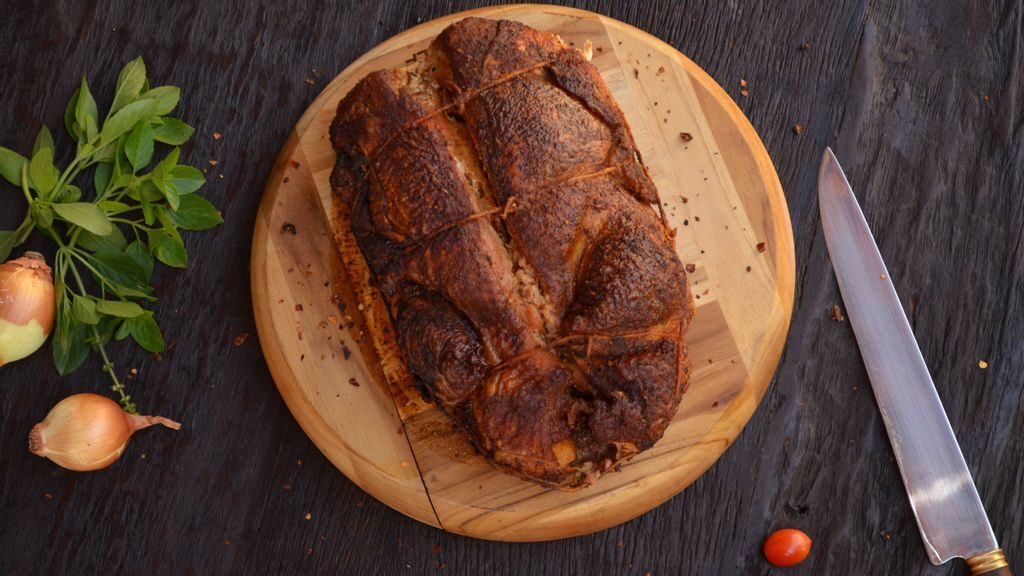 Mexicans eat the complete pork, even the skin, which is deep-fried to make pork rinds. (Eduardo Froza/Unsplash)

Chicharrón (deep-fried pork rinds) is among Mexicans’ favorite staples. They enjoy it on weekends, accompanied by carnitas (slow-cooked pulled pork) and beer.

“On weekends, the butcher shop focuses on selling barbacoa [slow-cooked lamb] tamales, carnitas and chicharrón. Many families do not eat at home during the weekend and choose to buy food ready to eat.

Chicharrón and carnitas sell out first because our customers like how we prepare them,” said Armando Mateos Córdoba, a butcher and pork rind seller in Veracruz.

Chicharrón comes from the skin of a pig. To prepare chicharrón, butchers dehydrate and fry the skin in the pig’s fat until it gets a golden hue. People traditionally eat it in Mexico and other Latin American countries.

“People always like to eat a pork rind taco accompanied by refried beans and delicious salsa. It is very cheap and yummy. We also offer pork rinds with meat. Those are a bit more expensive, but they sell out because the clientele says it is a combination of carnitas and chicharrón,” said the butcher.

There are many recipes to cook chicharrón in Latin America. People enjoy chicharrón-based dishes in Bolivia, Argentina, Paraguay, Cuba, Guatemala, Costa Rica, and Chile, as well as Spain and Italy.

In addition to eating it fried accompanied by a tortilla and salsa, diners enjoy pork rinds in quesadillas or the traditional chicharrón gorditas — a corn patty stuffed with what remains in the saucepan after frying chicharrón.

There is also chicharrón in green or red salsa, accompanied by nopales [prickly pear] and potatoes. This stew has a distinctive texture, since the pork rinds are soaked with the sauce, leaving them soft.

Chicharrón is often stigmatized because it is deep-fried in lard, and it is known to have a lot of salt. Whether it’s healthy is a debate. But Mexicans enjoy it despite the controversy.

“Chicharrón is one of the easy, fast and favorite foods of Mexicans. They can find it in any butcher shop on weekends,” said Elvia Prieto Mendoza, a gastronomy graduate at Le Chef College in Boca del Río, Veracruz.

When customers arrive at the butcher shop, they usually try a bite of chicharrón. The butcher say they can sample what they will buy to determine if the product meets their expectations regarding freshness and quality.

But the most valued attribute of chicharrón is that it is crunchy.