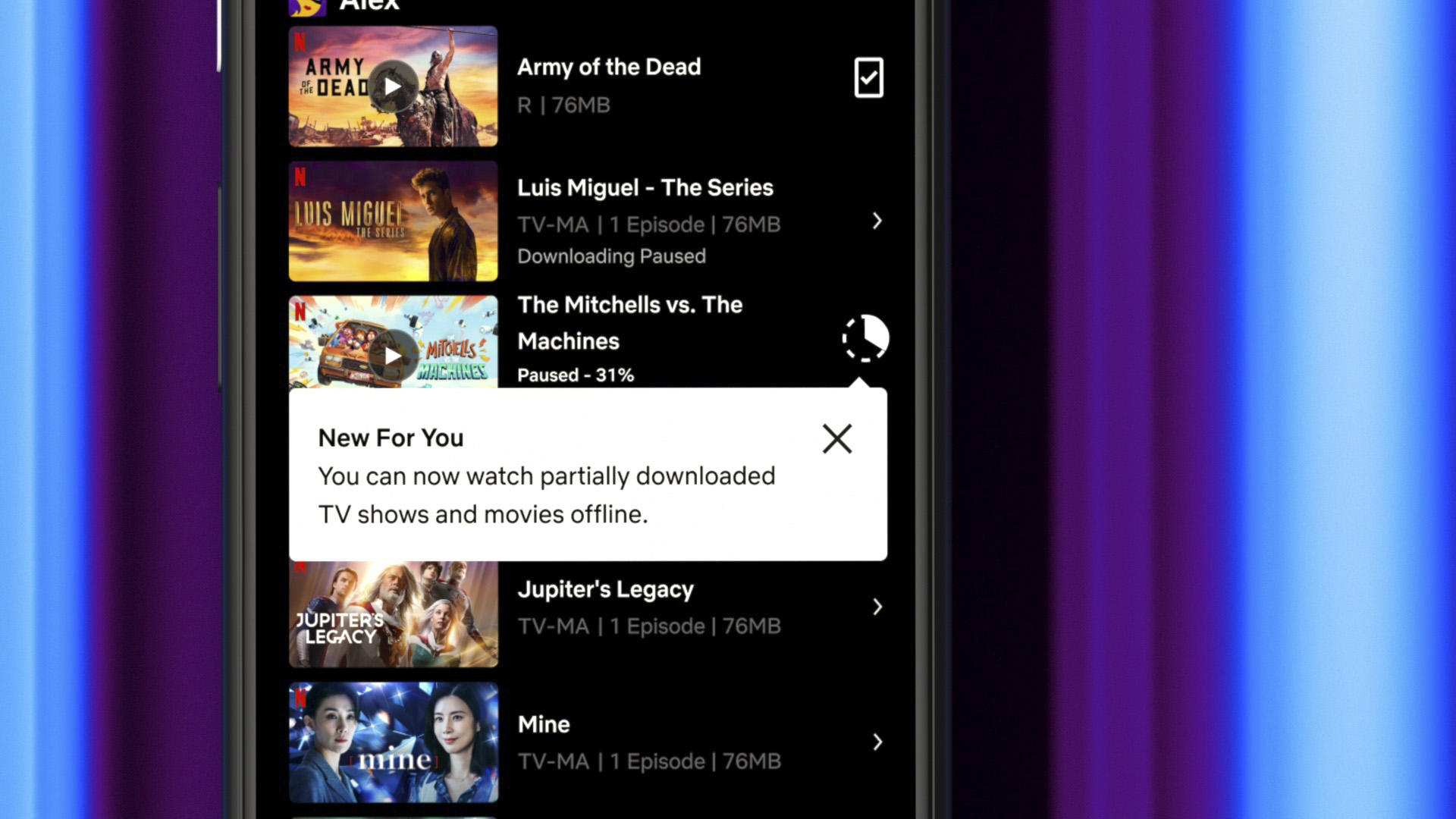 Partial downloading is now available on Android phones and tablets, and we’ll begin testing on iOS in the coming months. (Netflix.com)

WASHINGTON — Global streaming platform Netflix has launched a new feature that will allow Android users to watch partially downloaded movies and shows, without waiting for the download to be completed.

“That’s why we’ve improved the Netflix download experience, so you can now start watching ‘The Mitchells vs The Machines’ or the next episode of ‘Luis Miguel — The Series’ even if it hasn’t completed downloading,” the video streaming platform said in a statement.

“Once you’ve regained a strong enough connection, you can choose to finish the download and keep watching — avoiding those surprise notices that you’ve gone over your data limits,” Netflix said in the post.

“So, partial downloading is now available on Android phones and tablets, and we’ll begin testing on iOS in the coming months. That’s the download on Netflix’s latest improvement — for now.”

This move means Android users on mobile and tablets (with versions 7.64 and higher) will be able to stream Netflix shows and movies before the download is finished.

Previously, a title needed to be completely downloaded onto a device before it could be viewed — which, depending on the Wi-Fi connection or data plan, could make streaming a headache.

Additionally, Netflix said that the ‘Downloads for You’ feature, which auto-downloads recommended titles based on users’ watch history would be getting a test on iOS soon. The feature was rolled out to Android users in February.

iOS users can also access Smart Downloads—which launched in 2019—and download the next episode of a series in their settings. Android users will be able to find the setting in the ‘Continue Watching’ section of the service or from the Download menu on Android.

Starting off as a DVD rental service, Netflix is now the world’s largest paid-for video streaming service, with over 200 million subscribers, and spends $17 billion on content annually.

Earlier this month, Netflix said it’s opening the first fully-owned post-production facility in India’s entertainment capital Mumbai, as the company furthers its ambitions in the country. Last year, Netflix said India has the highest viewing of films on Netflix globally.

Hindi language films dominate the industry in terms of net worth. Netflix India’s headquarters are also located in Mumbai. Netflix entered India five years ago in 2016, with monthly plans of INR 500 ($6.85) and other plans priced at INR 650 ($8.9) and INR 800 ($10), specifically catering to a price-sensitive Indian market.