After 30 years of waiting, he joins ex-teammates Kareem Abdul-Jabbar, Oscar Robertson and others on roster of all-time greats.
By Mark Gray June 29, 2021
Facebook
Twitter
Linkedin
Email 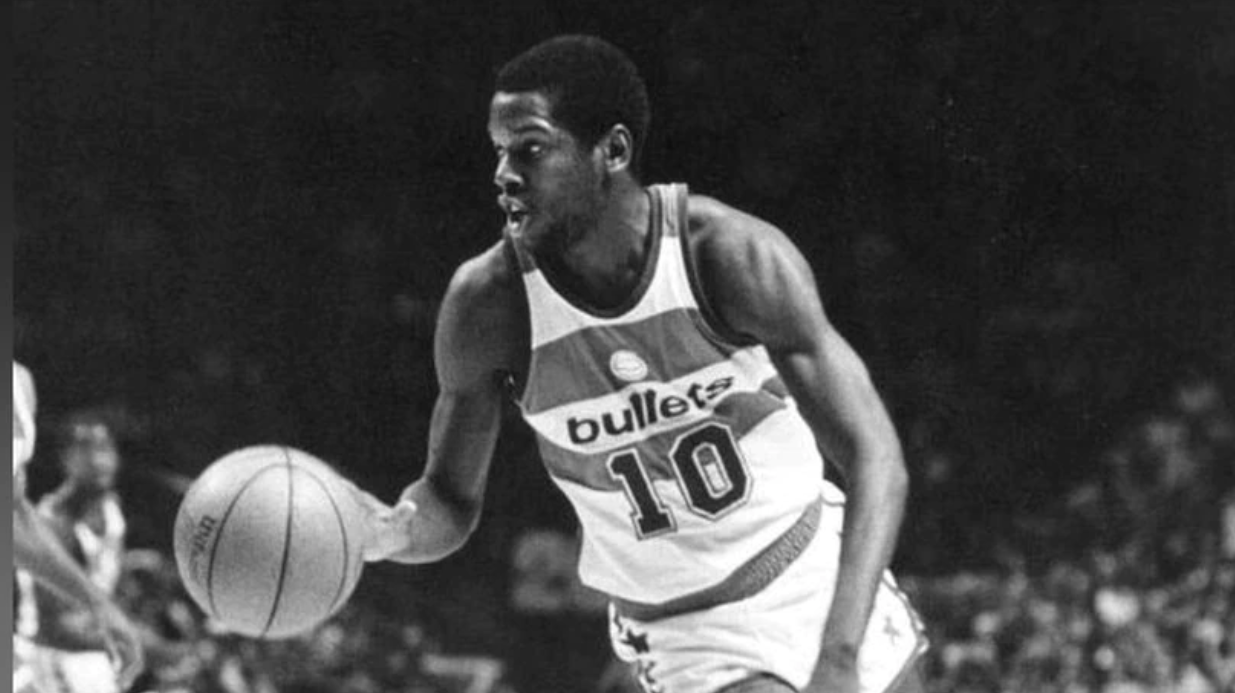 When LeBron James won his first NBA championship with the Miami Heat in 2012, a reporter asked, “How do you feel?”  James answered, “It’s about damn time.”

Those same words could well have been uttered more recently by Bob “The Greyhound” Dandridge. The former Milwaukee Bucks and Washington Bullets [now Wizards] great had to wait three decades before finally being elected last month to the Naismith Basketball Hall of Fame. His resume was sterling: He won NBA titles in Milwaukee and Washington, and he played with four previous greats whom he helped earn their first or only championships.

“It’s a shame that it took 30 years for Bob Dandridge to be voted into the hall of fame,” said Charlie Neal, the longtime signature voice of Historically Black Colleges and Universities sports for Black Entertainment Television (BET) and ESPN. “I’m glad the veterans committee made up for the sportswriters’ mistakes.”

Dandridge’s omission from the sportswriters’ ballots remains a mystery — why they consistently overlooked the 13-year veteran who was a two-time world champion and an HBCU legend. His distinguished resume also includes four All-Star Game appearances, 15,530 points, 5,715 rebounds, and 2,846 assists.

“For me, it’s more about enjoyment,” said Dandridge, 73, as he counts down to the induction ceremony on Sept. 11, when he will be enshrined along with 15 others. “There has been no point during these 30 years I haven’t felt anything less than being a champion or hall of famer. I have never felt like I didn’t deserve to be in the hall of fame.”

Dandridge was one of the most versatile performers in the history of the game. He averaged 18.5 points, 4.8 rebounds and 3.4 assists while playing alongside transcendent performers throughout his career. His teammates in his first seven years in Milwaukee were legends Oscar Robertson and Kareem Abdul-Jabbar.  He capped his career in Washington playing alongside Wes Unseld and Elvin Hayes. All preceded him into the hall of fame.

“Some [basketball experts] have compared him to [Los Angeles Clippers forward] Kawhi Leonard because he was only 6-foot-6-inches and played a mid-range game that was off the charts,” said Carl “Lut” Williams, an HBCU sports historian and publisher of the Black College Sports Page.

If he had been on lesser teams, Dandridge would probably have been a prolific scorer and more of an icon or celebrity. However, he may not have been a two-time champion. That was the motivation from the lessons he learned starting in high school and through his time playing at Norfolk State University.

“I learned to be a champion while playing at Norfolk State from coach Ernie Fears,” said Dandridge, who played for the school from 1965-69. “Championship character was built from running four miles a day for two months and still going into the gym and practicing for two-and-a-half hours every day.  That’s where champions are made. They aren’t made through the sport itself but through intangibles such as work ethic, integrity and self-confidence.”

The legend of Bob Dandridge still resonates at the university and throughout the Central Intercollegiate Athletic Association.  Before integration allowed the best black athletes to compete at majority colleges, the CIAA was arguably the most talented conference in America. Many great players from cities such as New York, Philadelphia, Baltimore and Washington D.C., migrated south to play college basketball in this segregated intercollegiate crucible of the game because they were denied access from 1940 to 1970.

That conference also produced hall of fame coaches such as John McClendon. Known as the father of fastbreak basketball, and Clarence “Big House” Gaines, who at one time was the winningest coach in the game’s history.

There were hall of fame players such as Sam Jones of the Boston Celtics who was a part of their early NBA dynasty under venerable coach Red Auerbach. Al Attles, coach of the first Golden State Warriors championship team in 1974, played at North Carolina A&T. Harlem Globetrotters clown prince and dribbling wizard Curly Neal from Johnson C. Smith University They are also members of the distinguished basketball alumni from the CIAA.

Dandridge earned his place among the conference of HBCU basketball legends from that league for his performance in the 1968 CIAA Championship Game. NSU defeated North Carolina A&T 134-132 in three overtimes, with Dandridge scoring 50 points, making 20 of his 26 shots and going 10-of-11 from the free-throw line in an era where there was no three-point shot.

“During that time, the competition was great,” Dandridge said. “The CIAA got the best of the best from the high schools up and down the East Coast. It may not have been the best conference in America, but it was certainly in the top 10.”

The CIAA has produced contemporary legends such as Hampton’s Rick Mahorn, who was a part of the Detroit Pistons’ first edition of the “Bad Boys” championship teams in 1989. Then there’s Charles Oakley, who had a storied career with the Chicago Bulls and New York Knicks.  Dandridge will be joined by Ben Wallace — who also won an NBA Championship with the Detroit Pistons in 2004 — and played college basketball at Virginia Union of the CIAA as a member of the 2021 hall of fame class.

“The style of basketball that was played in the CIAA back in the day is the style of play in the NBA today,” said Black College Sports Page’s Williams. “Watching the Duke and North Carolina teams on TV in the ’60s, there was no comparison to me.”

Dandridge was initially drafted by teams from both pro basketball leagues at the time. The battles for prime talent between the fledgling American Basketball Association (ABA) and the NBA were heated, and he was right in the middle of it. However, it was always his dream to play in the NBA and the Bucks made it come true.

“Milwaukee gave me the opportunity and I embraced it — and the city embraced me too,” Dandridge said.