Priceless treasures unearthed from the ruins of a mini cathedral built by the Holy Roman Emperor. 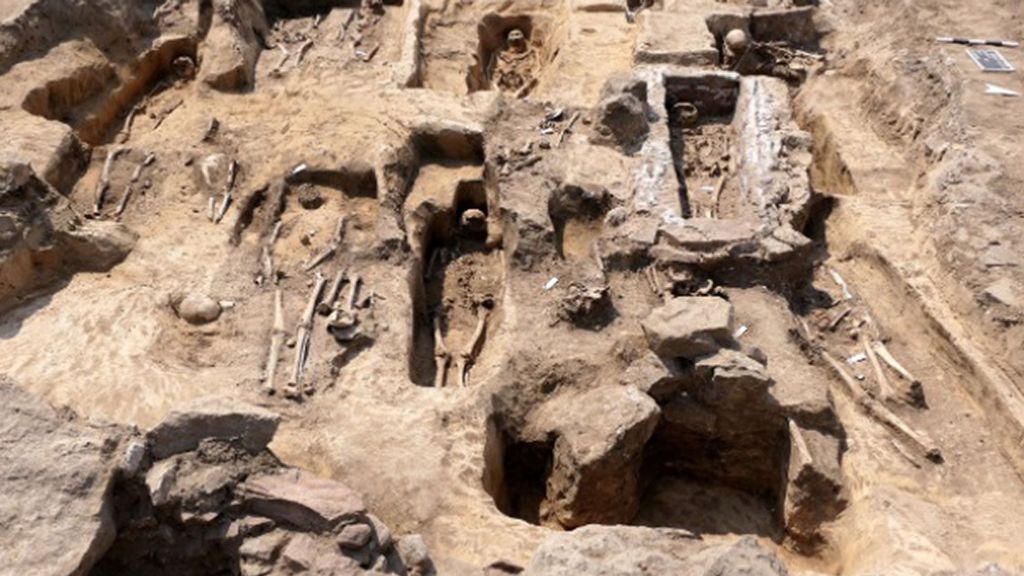 A 1,000-year-old church built by Otto the Great, who as Holy Roman Emperor greatly extended the influence of the Catholic Church in Europe, has been found under a cornfield in Germany.

Archaeologists uncovered the foundation walls of the large church at the rediscovered Royal Palace of Helfta near Eisleben in the German state of Saxony-Anhalt. The town is famous as the hometown of Martin Luther.

The church was discovered early last month, and its foundation walls have now been fully uncovered.

The church was built by Otto I, traditionally known as Otto the Great, who was king of Germany from 936 and Holy Roman Emperor from 962 until his death in 973.

According to a statement from the team researching the site, there is evidence of two stays at the site by Otto I and his son, Otto II “the Red,” with the former attending the church’s inauguration.

“This is a magnificent, exceptionally large church, which proves the importance of this location in the Ottoman era,“ the team said.

“With a length of 98 feet (30 meters) and a width of around 66 feet (20 meters), Otto had effectively built a church that resembles a miniature cathedral,” said project manager Felix Biermann.

The church was founded before 968 and is believed to have been consecrated to Saint Radegund, the Thuringian princess and Frankish queen who founded the Abbey of the Holy Cross at Poitiers.

She is also the patron saint of several churches in France and England and of Jesus College in Cambridge.

The church, which existed for around 500 years, was demolished during the Reformation, the split of the Western Church into Protestantism and what is now the Roman Catholic Church.

In addition to the foundation walls, a number of coins and a tiled stove from the 14th and 15th centuries, as well as a fragment of a bell, were found on the site.

A cemetery containing 70 graves was also found, as well as several stone tombs from the 10th to the 15th century, which, according to Biermann, was “the burial place for the aristocratic families of the region.”

“In addition, belt fittings, belt buckles made of bronze, coins, knives and various utensils came to light. Numerous disc brooches from the Ottoman times, made of bronze, enameled and with glass inlays in a rectangular and circular shape, were excavated,” said Biermann.

“It is amazing to me what the archeologists and excavation helpers are bringing to light during this excavation,” said the mayor of the city, Carsten Staub.

The long-lost remains of the royal palace on the Kleine Klaus were the starting point for the latest findings after they were rediscovered in 2009 through geomagnetic prospecting, with the exploration slowly spreading outward.

In addition to the church, the Palatinate also had residential and commercial buildings with pit houses, as well as stately residential buildings and probably an auditorium where meetings took place.

Biermann said that the current excavations will continue until September.

Minister-President of Saxony-Anhalt Reiner Haseloff said the discovery will close “an important gap in the history of the country.”