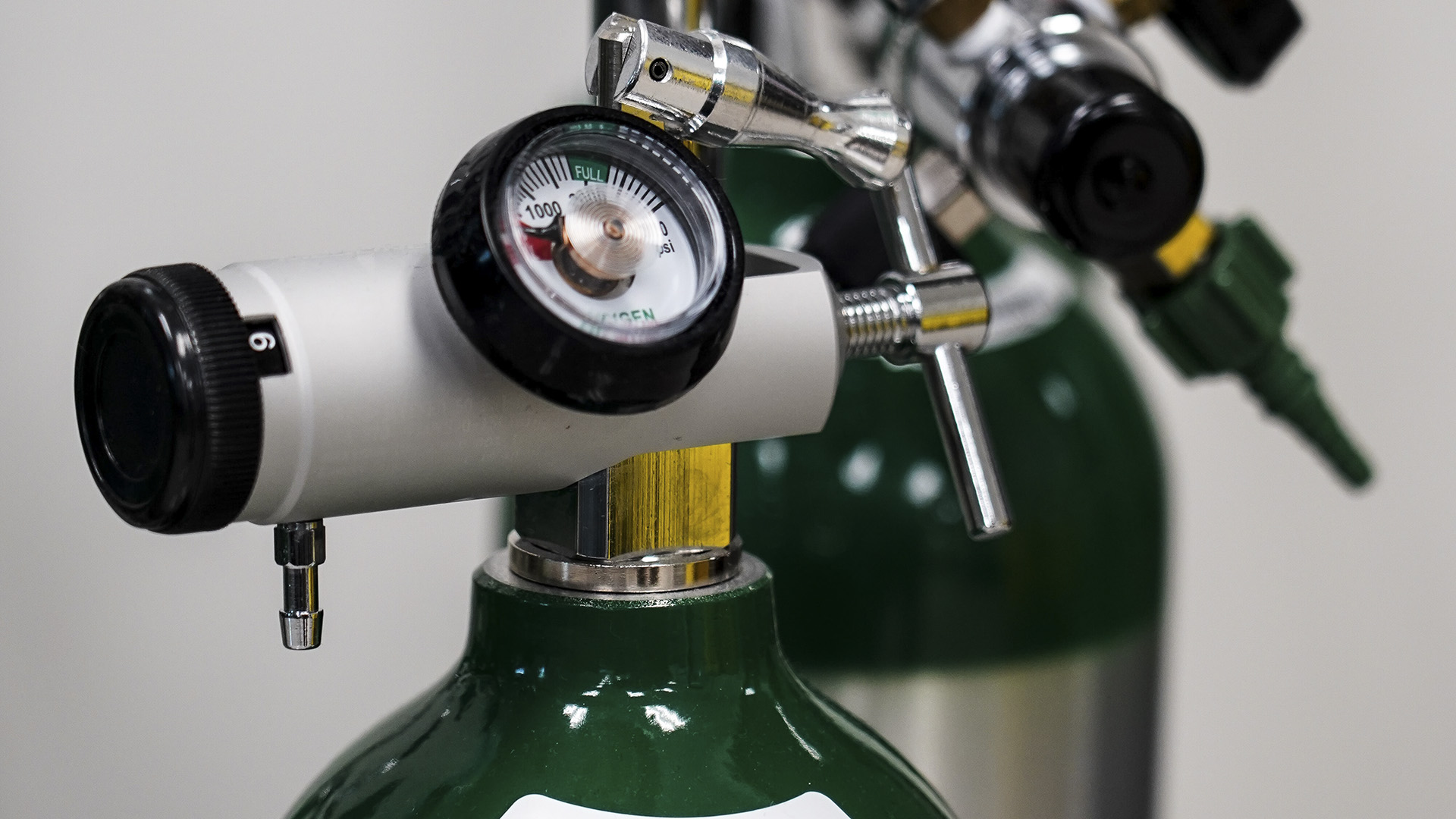 According to WHO, about 15 percent of all people with Covid-19 require oxygen support, but countries around the world are struggling to meet this demand. (Samuel Ramos/Unsplash)

GULU, Uganda — An acute shortage of medical oxygen has hit Uganda, putting the lives of hundreds of Covid-19 patients in danger, as deaths from the disease spiked to new levels.

“We have four oxygen plants that can generate 2,083 liters of oxygen per minute,” he told Zenger News.

“Ideally, this would support the oxygen needs of 90 patients, each consuming 15 liters per minute. We have 180 Covid-19 patients on oxygen, each consuming about 20 liters of oxygen a minute.”

Nuwamanya said that the 180 patients admitted in critical condition at the facility need about 3,600 liters of oxygen per minute. Therefore, the hospital needs to refill at least 200 oxygen cylinders to meet demand.

The country has witnessed a sharp increase in cases, losing 116 people between June 14 and 18, the heaviest Covid death toll in the East African country so far.

More than 973 patients are admitted in critical and severe conditions across 13 government regional referral hospitals and private facilities, according to health officials.

The Permanent Secretary in the Ministry of Health, Diana Atwine, said five variants of Covid-19 are ravaging Uganda.

“The Ugandan Covid-19 variant is not as virulent as the Indian ones, which have three sub-types,” she told Zenger News.

“The Nigerian variant is not as virulent, but the South Africa and the Kent [United Kingdom] variants are virulent. Young people [20-39 years mainly] are dying in the country due to those variants.”

In a nationally televised address on June 18, President Yoweri Kaguta Museveni said the country was recording at least 1,000 new cases daily, out of which nine percent of them required medical oxygen.

Authorities attribute the rise in infections to the flouting of presidential directives on disease containment measures, especially in public transport within Kampala City metropolitan areas.

“My grandmother has been on oxygen in Mbale Regional Referral Hospital since Sunday [June 20],” Tina Namboze, 28, a resident of Mbale City, told Zenger News.

“The cylinder she was using was taken away to help a more critical patient. But, more worrying, doctors told us that the machine which produces oxygen has broken down and that relatives are transferring their patients to private facilities.”

At Gulu Regional Referral Hospital in Northern Uganda, Paska Apiyo, the deputy director in charge of the Covid-19 treatment center, said they had lost 11 people in June due to the oxygen crisis.

“The Shs471 million [$132,518] oxygen plant installed in 2016 by the Ministry of Health with a capacity to produce 15 cubic meters of oxygen per hour is overstretched,” he told Zenger News.

He said the hospital had six critically ill patients in the intensive care unit who need reliable oxygen supply but can hardly get.

“One now needs enough money to have access to oxygen or else you watch your loved one die,” said William Odoki, 33, a civil servant attending to his wife at Mulago National Referral Hospital.

At Entebbe Grade B Hospital, Muhammad Mubiru, the Principal Hospital Administrator, said that the facility has 130 patients in Covid-19 care center, 40 of them requiring oxygen.

“My uncle, 94, tested positive for Covid-19 early this week and was put on oxygen at Fort Portal Referral Hospital,” Susan Abooki, 35, a resident of Fort Portal town, told Zenger News.

“It was not possible to secure space and oxygen due to congestion.”

George Otim, the commissioner in charge of health infrastructure in the Ministry of Health, said they are currently purchasing oxygen supplies from private corporations to address the shortage.

On June 14, 2021, the Ministry of Health said it received Shillings 25billion [$7 million] from The Global Fund to install seven oxygen plants across the country.

The Minister of Health, Jane Ruth Aceng, said the current oxygen shortage is due to the unavailability of empty cylinders. However, if the numbers keep rising, it will outstrip the country’s production capacity.

Museveni said the government would fast-track the acquisition of enough vaccines to vaccinate a critical mass to ensure the country returns to normalcy.

“We know that the ultimate solution to this Covid-19 challenge is to get our people vaccinated,” said Museveni during his national address.

Museveni said Uganda received another 175,2,00 doses on June 17, 2021, and was expecting additional 688,000 doses of the AstraZeneca vaccine in early August.

In addition, he said, the government is working with the Chinese embassy in Kampala to bring in 300,000 doses of the Sinovac vaccine.

“We are also in discussions with the African Union on terms of acquisition of the Johnson & Johnson’s vaccine.”