Kumuthini Kannan has been convicted of keeping a woman as a slave for eight years.
By Karen Sweeney June 29, 2021
Facebook
Twitter
Linkedin
Email 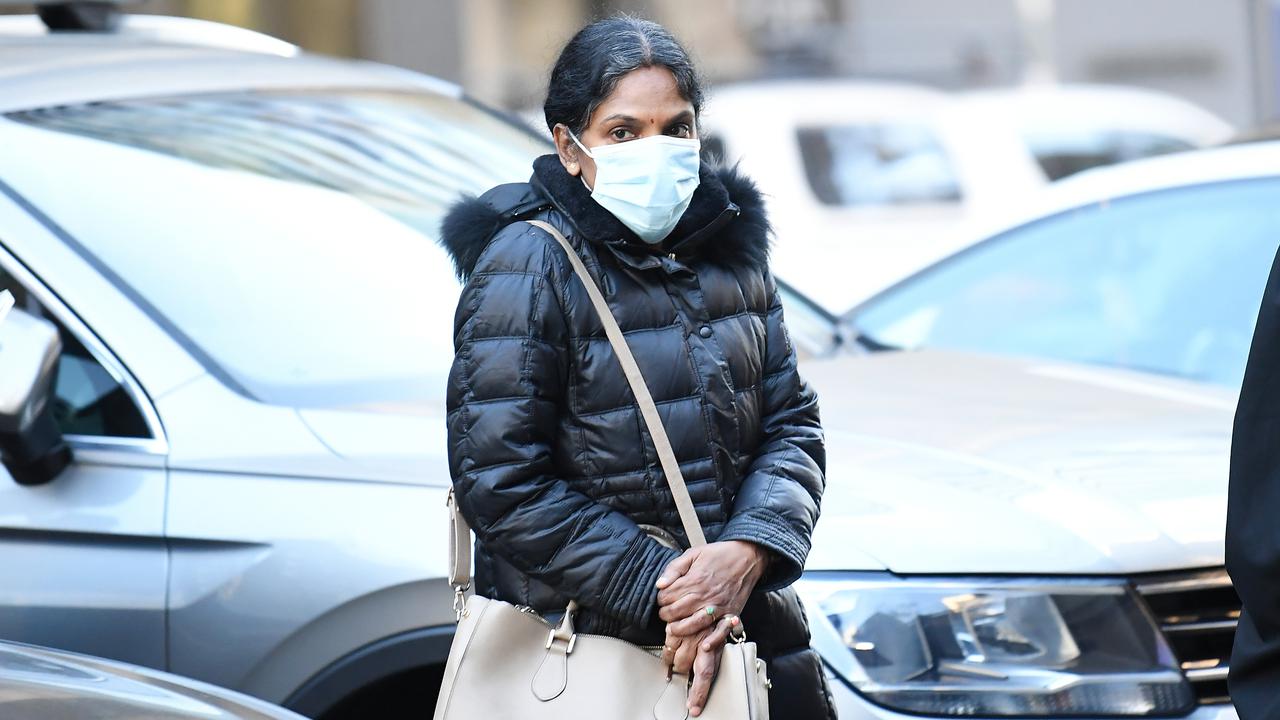 Kumuthini Kannan, convicted of keeping a slave, has been described as "charitable and giving". (James Ross/AAP Image)

MELBOURNE, Australia — A Melbourne mother convicted of keeping a vulnerable Tamil woman as a slave for eight years has been described as “charitable and giving”.

Kumuthini Kannan and her husband Kandasamy were convicted by a jury in April of keeping and using the woman as a slave, forcing her to cook, clean, and look after their children in their Mount Waverley home between 2007 and 2015.

The woman came to Melbourne twice to work for the family before returning on a one-month tourist visa in 2007. She was kept by the couple, working up to 23 hours a day for eight years, until she collapsed in July 2015.

She was taken to hospital in a serious condition, weighing 40kg and suffering from sepsis and untreated diabetes.

In a pre-sentence hearing on June 29, Kumuthini Kannan’s barrister Gideon Boas said his client was a deeply religious person, described in references as a caring, giving, charitable and valued member of the Tamil community in Australia, India and Sri Lanka.

He said “even in the direst of circumstances she finds herself in” she was still cooking and delivering food to elderly people in the community throughout Victoria’s coronavirus lockdowns.

“She’s done what she’s done, that’s not in question, but she’s entitled to Your Honor to consider her good character — her lifetime of the good character up until now,” Boas said. “Or at least up until the point the offending occurs.”

The couple’s victim, who cannot be identified, was malnourished, suffering untreated medical conditions and in a “dreadful” state when taken to hospital by ambulance in July 2015.

Community Activist Lionel Bopage tweeted, “Australia: Melbourne couple, Kumuthini Kannan and Kandasamy Kannan found guilty of keeping a 66-year-old grandmother from India as a slave. Hiding her inside their Mount Waverley home, they paid her just AU$3 ($2.27) a day to be at their beck and call 24/7.”

Boas said the couple was not responsible for causing those medical conditions.

But Supreme Court Justice John Champion suggested another way to look at it was that there had been a “wholesale neglect” of her health.

“She was fading away,” said Champion. “And in medical language that means only one thing.”

The woman, in her 60s, has been unable to return to her family in Tamil Nadu, in southern India, and now lives in a nursing home in Melbourne.

Both Kumuthini and Kandasamy Kannan are on bail, having been accused earlier this year of having “placed a gun to the court’s head” to secure their release.

Neither they nor their lawyers had made arrangements for the care of the couples’ three vulnerable children.

Justice Champion condemned them for creating an impossible situation.

Boas also hit out at “disgraceful” media coverage of the case having a “devastating impact” on the family.

“This is how the world perceives the Kannans,” he said. “They have and will continue to live with that for the rest of their lives.”

Court orders prevented the couple from being identified for more than three years before their conviction in April.

The hearing is continuing.