VIDEO: Wobbly-Eyed Peacock Shrimp Washes Itself For The Camera 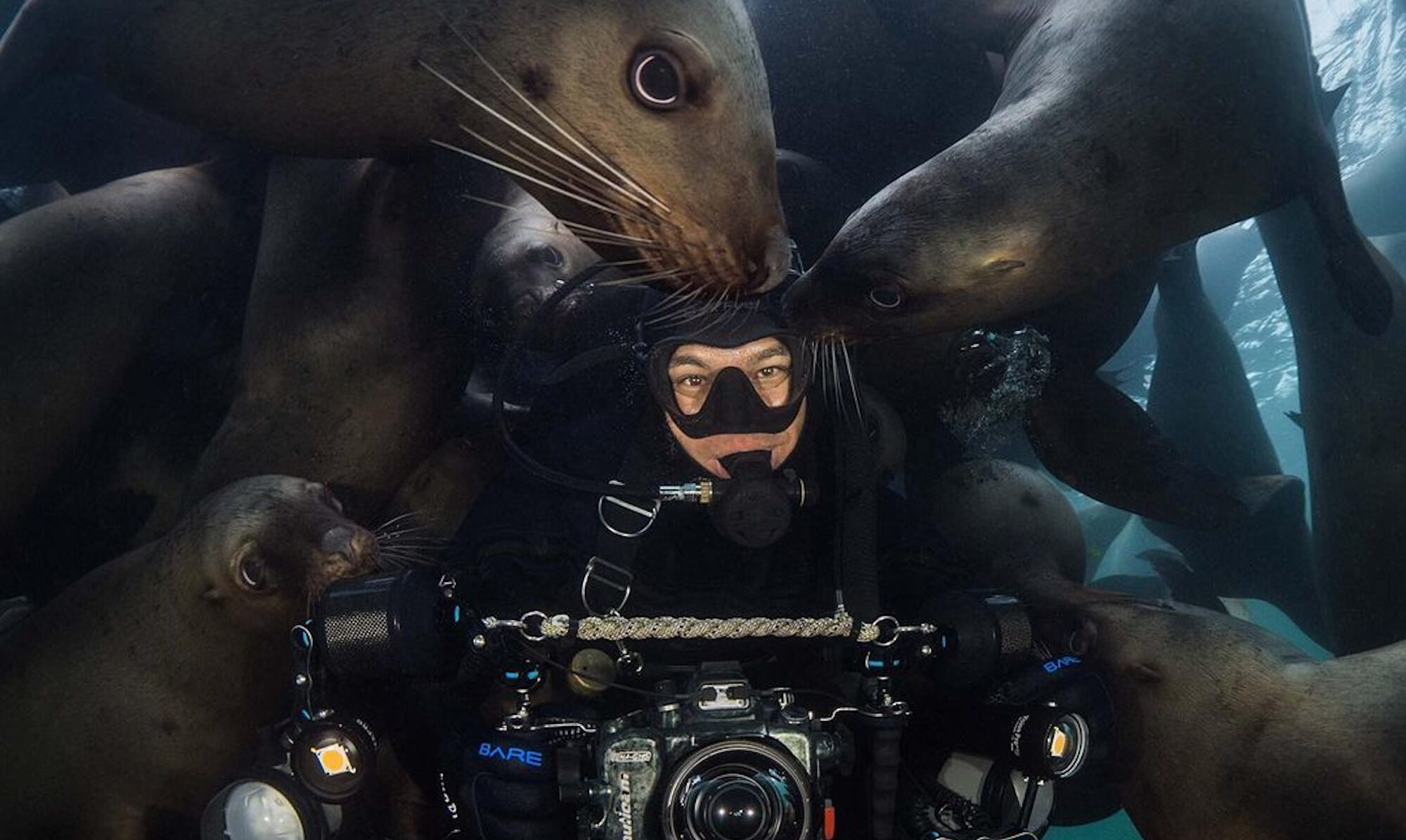 Marcelo Johan Ogata,36, scuba diving and documenting the underwater world had an incredible dive with hundreds of Steller sea lions in Vancouver Island, Canada. Note: We have obtained permission for this photo. (@_bugdreamer_/Zenger News)

Scuba diver and underwater cameraman Marcelo Johan Ogata filmed a wobbly-eyed peacock mantis shrimp on as it cleaned itself up for the camera.

Ogata, who has been documenting the deep sea for the past 10 years, filmed the clip at the Komodo National Park in Indonesia and shared it on Instagram on Wednesday for his 32,000 followers.

“I know I shouldn’t invade these critters privacy when they are showering &mldr; but this cute shrimp really didn’t seem to mind my camera! I doubt there are any crustaceans out there with more personality and behaviour than a Peacock Mantis shrimp,” the caption read.

The wobbly-eyed peacock mantis shrimp, also called a clown mantis shrimp, gets its name from the vibrant greens and blues that adorn the male shrimp’s exoskeleton. It is known for having complex eyes, and can see in more wavelengths of color than even mammals, according to the ocean conservation organization Oceana.

While the shrimp is relatively harmless, another denizen of the deep that Ogata encountered and shared footage of was rather less cuddly — a black-banded sea krait.

Also known as the Chinese sea snake, the krait is a mainly aquatic species of venomous snake that inhabits the warm waters of the western Pacific Ocean. The krait’s venom is 10 times more lethal than a cobra’s.

Ogata said that despite its potentially lethal bite, the kraits are actually very friendly and curious, and are generally harmless even though they are one of the most venomous snakes around.

“There is absolutely no reason to be afraid of them, even though they like to touch divers when we least expect it!” he said.

The nocturnal species is regularly consumed in Japan where it is mostly used in soups and was once believed to have medicinal properties.

The sea krait is threatened, and climate change and natural resource depletion through fishing are its main threats, according to The International Union for Conservation of Nature’s Red List of Threatened Species.

“I like getting close to these beautiful creatures, filming them up close to show everyone how harmless these snakes are, just like the biggest sharks out there,” Ogata said.

Ogata filmed the video in an active underwater volcano called Manuk in the Banda Sea in Indonesia.

“It is an incredible place where hammerhead sharks and sea snakes hang out together,” he said. “It is very remote and hard to get to but one of my favorite places in the world to scuba dive.”