The two were honored for bravery in a profession with high on-the-job dangers.
By Lee Bullen June 28, 2021
Facebook
Twitter
Linkedin
Email 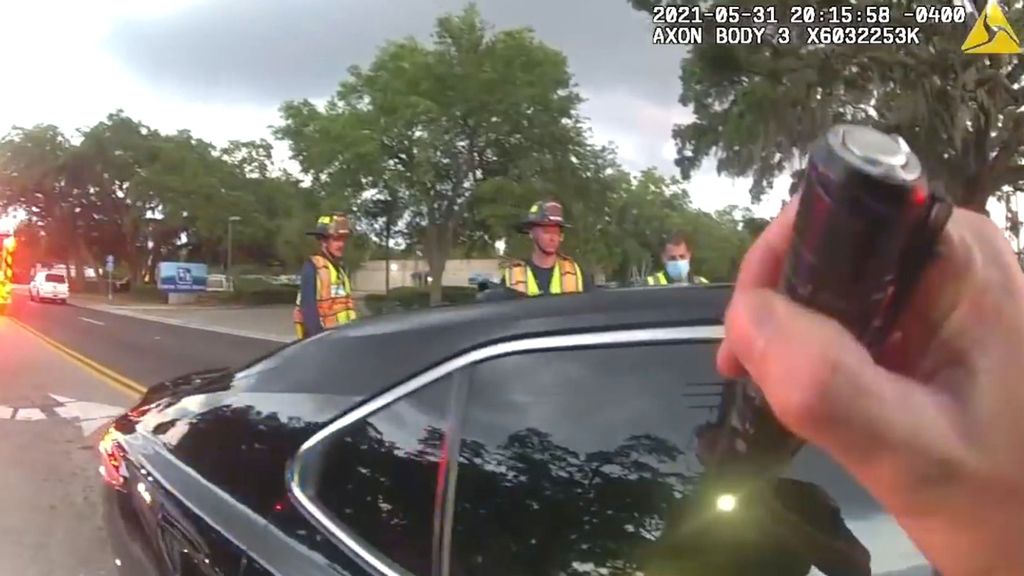 Two paramedics unexpectedly found themselves wrestling a gun from a suspected drunken driver.

The incident took place in Bradenton, Florida, on May 31, with the footage of the altercation being released by the local police department last week.

The two paramedics were subsequently honored by local officials for their brave actions.

Police said the suspected drunken driver went from passed out to pointing a handgun in seconds.

The police and paramedics were called to the scene following a 911 call about a man in a stopped vehicle in the middle of the road.

After trying to wake the man several times, paramedic Joe Savasta smashed one of the vehicle’s windows and took the keys from the ignition.

He then opened the door for colleague Carlos Santos to start checking the driver’s vital signs.

According to the police, during that check, the driver startled awake and grabbed a loaded handgun from the car’s center console.

Santos immediately shouted “gun” and tried to disarm him. Savasta also pounced on the driver before any shots were fired.

Santos then gave the weapon to a policeman who had come to the scene.

“All I heard was his (Santos) cries and saw him fighting with a gun,” Savasta said afterward. “I came to him to incapacitate the driver from functioning the gun and the fight was on from there.”

“I saw the gun, I know what guns do. In the back of my mind I thought get it, or you’re dead,” said Santos.

The unnamed suspect has been charged with driving under the influence and attempted murder.

Santos and Savasta have plenty of company when it comes to facing on-the-job perils.

A recent study found that ambulance crews are at a greater risk for occupational injuries and assault than workers in any other profession in the U.S., according to an article in Occupational Health and Safety magazine,

The study was conducted by the National Institute for Occupational Safety and Health (NIOSH). Results showed that out of every 100 EMTs and paramedics, between eight and nine are treated in the hospital for an occupational injury. That compares to two out of every 100 workers in all other jobs.