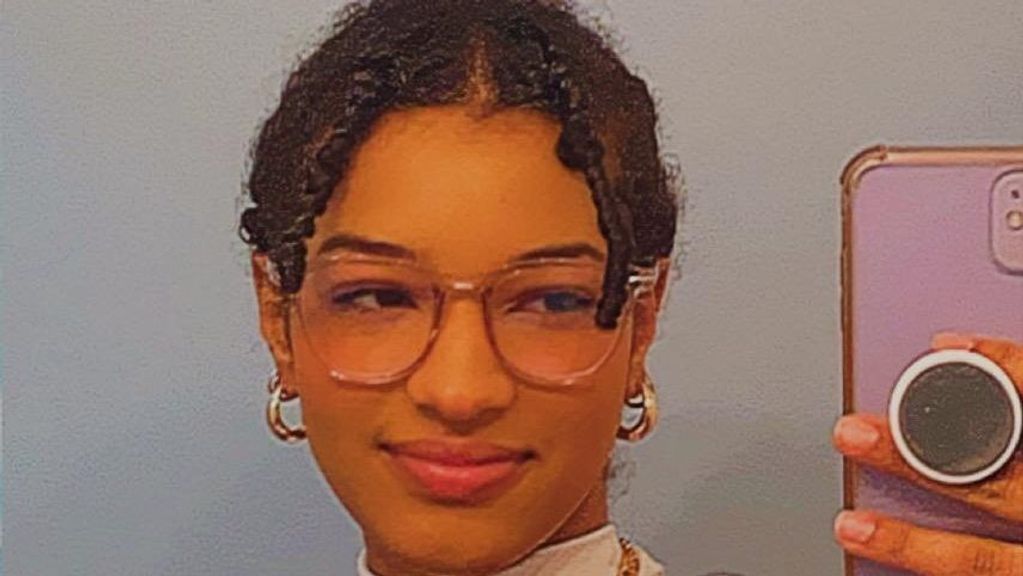 In foster care since she was 16, Kelisha Williams is closer to her dream of becoming a lawyer and going into politics as she readies to start classes at Harvard University this fall on a full scholarship. She aspires to attend law school, attain a high political office — and pay it forward by working to improve the foster care system.

No stranger to adversity, Williams has moved at least five times in two years before landing in the home of foster mother Maria Finkenstead, of Alexandria, Kentucky. “Maria is easygoing,” Williams said, and also “very understanding about my situation.”

Williams was working at a local Walmart when she applied to Northern Kentucky University and out-of-state colleges last fall, hoping for a scholarship.

“We were headed to her work at Walmart one day and I said, ‘You’re waiting to hear, applying to NKU. Did you take the ACT?’” Finkentead told Zenger News. When Williams answered that she had achieved a score of 32 on the ACT, a standardized test for college admissions, Finkenstead exclaimed, “You can go anywhere!”

According to the ACT, the average composite score for 2020 was 20.6 nationally, with the average ACT scores for Harvard, Princeton and Yale ranging from 31 to 35.

“I applied to Harvard,” Williams said, “but not seriously. I didn’t think I would get in. I applied just to see if I could. So it definitely worked out for me.”

Williams also applied to other Ivy League colleges, as well as at least two dozen state colleges, including the University of Southern California-Berkeley. But it was Harvard that offered her a full scholarship and work-study opportunity. She continues to work in retail to support herself before heading to Harvard in the fall.

As part of Harvard’s application process, Williams spoke with former first lady Michelle Obama, who encouraged her to follow her dreams despite any adversity or naysayers. Entering as a member of the class of 2025, Williams follows in the steps of eight American presidents who attended Harvard, including John F. Kennedy and Barack Obama. She will join 1,968 first-year students headed for Cambridge, Massachusetts, where this year the university admitted only 3.4 percent of applicants — the lowest percentage in its history.

She is the first in her family to go to college and plans to study political science and eventually attend law school.

“The whole reason that I want to go into law is to make real change,” Williams told Zenger News. “I want to be the person that actually helps someone. No one was ever there to help me.”

Williams said she hopes to eventually win a seat in the U.S. Senate, or the White House.

As for her ambitions as a politician, she said: “Being in foster care gave me a perspective on a lot of things, and I would like to change things in foster care and also make health care more affordable.

“There are so many times that children are in a bad home, and they can’t get out because that’s the only place they have for that child.”

For anyone thinking about becoming a foster parent, Williams has this advice: “They need to go into it with the right reasons because not every foster kid will be as determined as me. Make sure that you are ready and able to take care of these kids and not be just a home for them.”

As for children and teens now in foster care, Williams said, “Don’t stop trying. There are so many people who are against you while you’re in foster care. So, I would tell them, ‘Look past it. These people don’t matter in the long run&mldr; Look past them and reach your goals. You are better than anything that they ever say about you.’”

Williams said part of the reason for her academic success was proving her worth to a former foster parent.

“I had to stop caring about what other people were saying about me,” she said. At one point, she said, her former foster mother predicted that Williams “would always be homeless.”

Looking ahead, Williams said, “It’s not about proving my worth anymore, and not only that I made it to Harvard and made a name for myself. It’s about I’m bigger than any hurtful words you said to me. Now I’m the opposite of homeless … . I’m going above and beyond and prove you were so wrong.”

For Williams, adversity was “absolutely” a positive for her.

Williams said that Finkenstead has provided a warm and accepting atmosphere where she could flourish.

Finkenstead began taking in foster kids in October 2019. Some stayed for six months and longer, while 16 others came for “respite” stays as short as one day or as long as three weeks. Such visits give foster kids a place if their foster family has an emergency or someone in it requires medical treatment, for example.

With two children attending college, Finkenstead said that after going through a divorce, she had time on her hands and was looking for a challenge.

“I can’t give it all to work, but I feel that I can give more value,” said Finkenstead, who works in financial-services. “So I thought about what I had wanted to do before kids and a career. I went back to when I was in college, when I wanted to join the Peace Corps.”

After doing research, she waited until her teenage son had nearly graduated from high school before beginning the licensing process.

Finkenstead said that deciding on making the commitment “came from self-reflection on ‘what did I want to be when I grow up,’ providing service and adding value. I have the ability to do that and am financially secure, and I have empty bedrooms.

“I’ve found it very rewarding because with respite stays, there are opportunities to plant seeds. You might not have a huge impact right now, but maybe down the road. It depends on what situation they are coming out of, and you give the chance to the child to know they are accepted for who they are and where they’re at.

Both of her biological children eventually accepted the idea of opening the family home to foster care, Finkenstead said, and she soon received required training. There were also several home visits from the licensing agency. Finkenstead prepared her home to fulfill the agency’s guidelines, including “preparing bedrooms, fire extinguishers, a lockbox for medicines and a secure place for alcohol.”

After having fostered several kids and young people since she started, Finkenstead got a call from the licensing agency about a special opportunity. Williams, who had turned 18 and graduated from high school in October 2020, came to Finkenstead originally for a respite visit coordinated by SAFY.org — an Ohio-based organization that offers foster care, adoption and therapeutic counseling services.

Finkenstead, who praised Williams’ drive and work ethic takes no credit for her being accepted by Harvard.

She called on fellow professionals to take the leap and consider caring for foster children and youths.

“I would love to have a platform to recruit more single professionals and empty-nesters willing to step forward, even if they did respite care. They would be a breath of fresh air for the foster care system,” she said.

For those interested, she recommends reading books by and about foster care kids, including country singer and former foster kid Jimmy Wayne’s autobiography “Walk to Beautiful: The Power of Love and a Homeless Kid Who Found the Way,” and Georgette Todd’s “Foster Girl: A Memoir.”

When the news arrived that Williams had gotten into Harvard, Finkenstead took her and one of her friends to a restaurant to celebrate. And to proclaim Williams’ success, Finkenstead cut a huge letter H into the grass of her front yard with a lawnmower.

Some colleges and universities offer special help and counseling for incoming students who come from challenging situations or are the first generation in their family to attend college.

Hope College, a private college in Michigan, offers its First-Generation Union to students whose parents have not completed a bachelor’s degree. The college describes it as an “anchor point for the first-generation student,” with students meeting twice a month to talk with faculty about their progress.

Yolanda Vega, senior academic and career advisor at Hope College, told Zenger News that about 15 percent of the student body comes from first-generation families. Such students, as she herself was, face challenges “but also have strengths that we focus on. Because their family members have not attended college, there is a gap in knowledge about how to do college.” This includes admissions processes, what students need to live on campus, and where to go for help, she said.

Among the findings of the Harvard study were that middle-class students are underrepresented at elite private colleges relative to others with the same test scores, but children from the lowest-income families are not. Also, it noted that there would be more low-income students at these campuses if they were given the same preference as children of alumni.

“Increasing the representation of low– and middle-income students at selective colleges could substantially increase inter-generational income mobility in the United States,” the insights office said.

Finkenstead, meantime, urges anyone interested in foster parenting to investigate it further. “It’s a great service to the community and to the children,” she said.