Salt Is A Silent Killer That Threatens Millions Of Mexicans

A high sodium intake is harmful to good health, though it's a big part of Mexican cuisine.
By Christian Valera Rebolledo June 28, 2021
Facebook
Twitter
Linkedin
Email 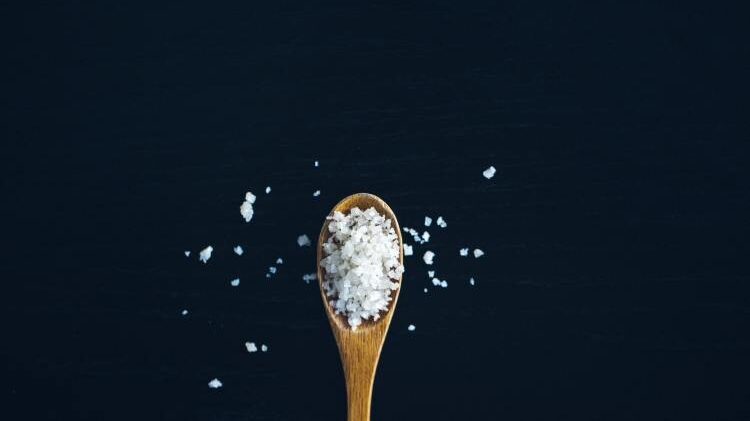 Salt is a necessary mineral in the human body, but most people eat more than they need. (Jason Tuinstra/Unsplash)

A silent killer threatens almost the entire world’s population. Doctors and scientists have warned about it over and over again.

Even so, most people do not recognize the threat. But deaths and statistics don’t lie — there is great risk in consuming too much sodium.

“I would dare to say there is no reason, from a health point of view, to add salt to food,” said Eduardo Meléndez, a nutrition graduate from the Universidad Anáhuac at Xalapa. “It increases the risk of suffering from serious diseases. Everything indicates that, if there is no control, salt is a silent killer.”

At least 2.3 million people died from excessive salt consumption in 2010, according to a study by the American Heart Association. It also revealed that 75 percent of the world’s population ate twice as much salt as the recommended daily intake, which is no more than two milligrams, according to the World Health Organization.

“Of course, there is a direct relationship between the population’s salt consumption and the prevalence of arterial hypertension and its consequences, such as heart disease, kidney failure and cerebrovascular accidents,” said the nutritionist. “Part of my job as a dietitian is to care for patients who have already presented such symptoms.”

Salt remains present in Mexicans’ diet. It is easy to get used to it and difficult to abandon. Often, people do not realize how much salt they eat or how dangerous it can be.

“I had no idea how dangerous salt could be until a nutritionist and doctor explained it to me. Reducing salt intake is up to everyone. In the case of us Mexicans, I see it’s very difficult,” said Margarita Villaseñor.

Blaming countries for their food culture is not a helpful way to fight the problem. Experts believe that a way to reduce its intake is to lower the consumption of foods that are naturally high in sodium, such as highly processed foods.

Still, Mexico does not top the list of countries with the highest number of deaths related to salt consumption, according to the American Heart Association’s study.

“How do we Mexicans do? I asked the nutritionist, who said we have to get used to a salt-free diet. But salt is important here [in Mexican cuisine]. Let’s imagine that we do not add salt to tacos al pastor — or to the tacos of your preference — or to stews, menudo or pozole. It is a cultural problem,” Villaseñor said.

Some of the staples that contain the most salt are deli meats and pre-cooked food, including pizzas, hamburgers and canned soups. In Mexico’s case, most fried or grilled traditional snacks contain more salt than is recommended in a healthy diet.