Rihanna Covers Up Matching Shark Tattoo She Got With Drake

Drake and Rihanna started dating in 2009, but their romance ended soon after the duo got their ‘his and hers’ tattoos
By Zenger News Desk June 28, 2021
Facebook
Twitter
Linkedin
Email 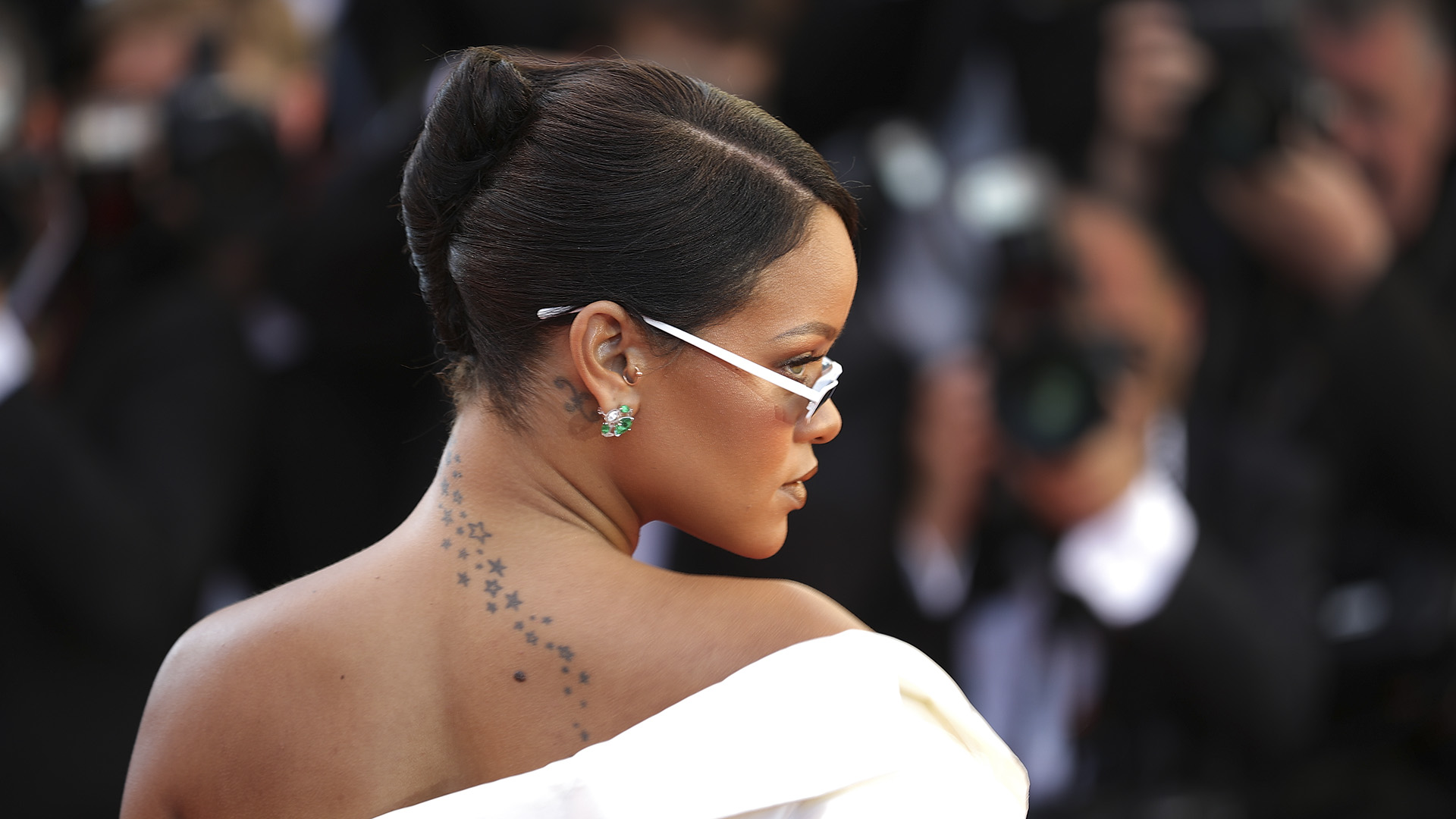 Rihanna got a matching tattoo of a shark along with her then-boyfriend, Canadian rapper Drake. (Christopher Furlong/Getty Images)

WASHINGTON — American singer and songwriter Rihanna’s shark tattoo seems to have been covered up.

The singer got a matching tattoo of a shark along with her then-boyfriend, Canadian rapper Drake. But, according to the reports, after she was photographed during a PDA-packed night out with American boyfriend rapper A$AP Rocky in New York City, fans noticed the 33-year-old pop star seemed to have got rid of the camouflage shark tattoo she got done in 2016.

Back then, when the “Disturbia” singer was dating her then-boyfriend, Drake, both got matching shark artwork, which had “special significance” for the pair. Drake got his shark inked on the inside of his arm.

In September 2016, famed artist Bang Bang shared an Instagram photo of Rihanna’s tattoo after he had created the piece. “Camo shark for my dear friend @badgalriri,” the artist captioned his post at the time. The former couple got the shark tattoos to represent a particular date Drake took Rihanna to an aquarium in Toronto.

While the marine life images were forever, the romance wasn’t meant to be and had ended not long after the stars got the tattoos. Rihanna shared that she and the 34-year-old “Nice for What” vocalist were no longer in contact during a sit-down talk.

“We don’t have a friendship now, but we’re not enemies either. It is what it is,” the singer revealed.

Drake and Rihanna began dating back in 2009, after a hook-up at Lucky Strike bowling alley in New York. Drake later wrote a track, “Fireworks,” about their first evening together. But in 2009, Rihanna said in a radio interview that she and Drake are “just friends.” In 2010, Rihanna released her “What’s My Name” video featuring Drake, where the two had undeniable chemistry on screen. Then, in February 2016, the two released a video for Rihanna’s hit song “Work,” which remained on the Billboard Top 100 for nine weeks straight. The same year, on MTV’s Video Music Awards, Drake delivered a heartfelt speech for Rihanna.

“We love the videos, which change their artistic vision from year to year,” he said. “But most of all, we love the woman who hasn’t changed since day one. She’s someone… she’s someone I’ve been in love with since I was 22 years old, she’s one of my best friends in the world. All my adult life, I’ve looked up to her even though she’s younger than me. She’s a living, breathing legend in our industry.”

Luckily, Rihanna and A$AP Rocky, who was first seen spending time together in early 2020, are stronger than ever. The couple spent all night by each other’s sides during their June 23 date at a New York City arcade bar. They seemed happy and in love. They had a great time and showed each other plenty of affection on a fun night out.