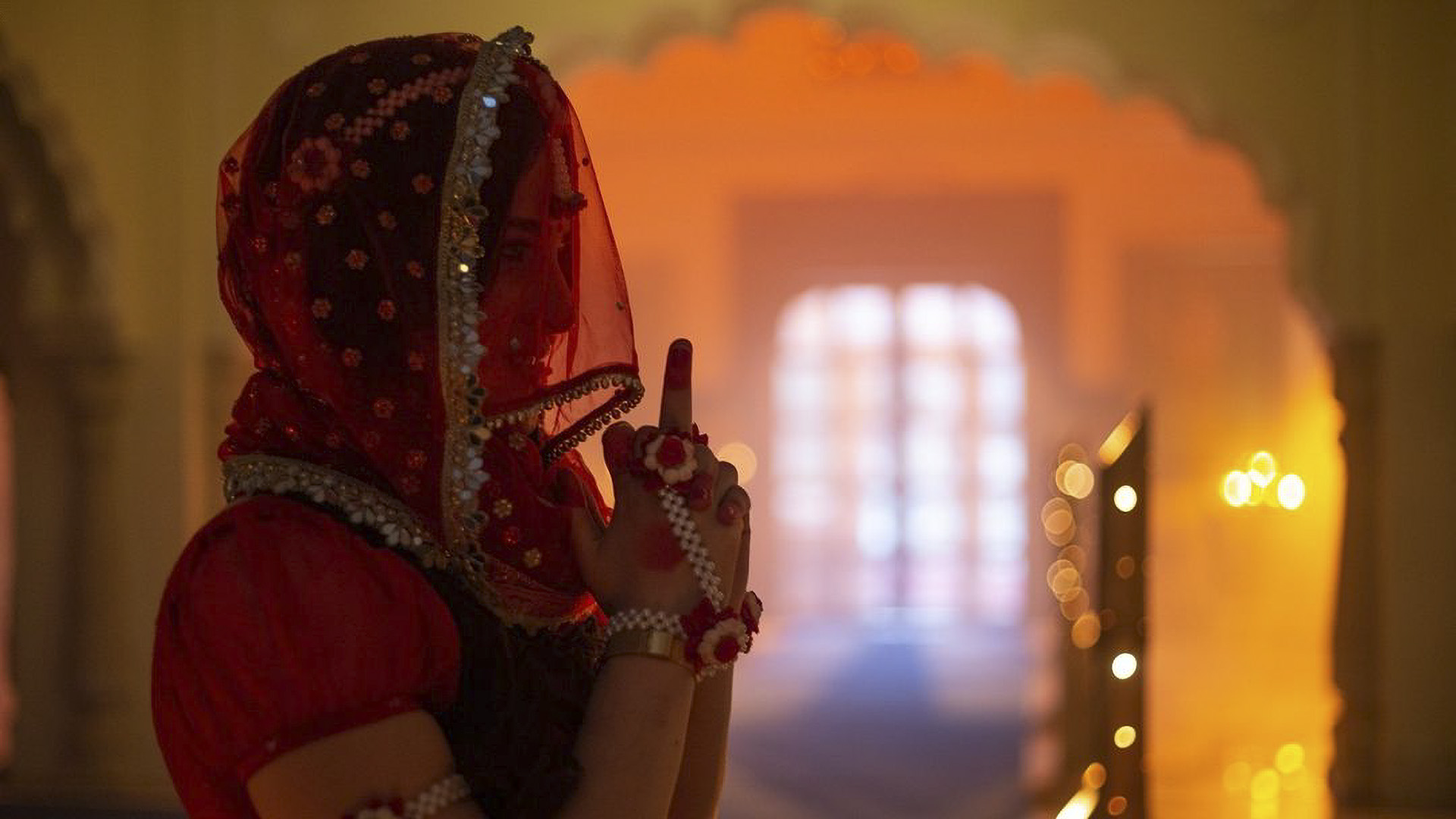 Radhika Madan, who is currently riding high on the rave reviews for her remarkable performance, took to her Instagram handle to share a few on and off-screen pictures from 'Spotlight.' (@radhikamadan/Netflix/Instagram)

MUMBAI, India — Overwhelmed by the outpouring of love and praise for her brief performance in the Vasan Bala short story, “Spotlight,” part of the anthology series “Ray,” actor Radhika Madan on June 27 expressed gratitude to the audience as well as the team.

Madan, who is currently riding high on the rave reviews for her remarkable performance, took to her Instagram handle to share a few on and off-screen pictures from “Spotlight.”

“Thank you so much, everyone, for such an overwhelming response and the love you have given to DIDI!” she wrote. “@Vasanbala – ye ungli uthaate hai sab chitt ho jaate hai.Thank you for trusting me and taking me on this mad, mad ride! I love you. @harshvarrdhankapoor for being the best artist. And my Mard family @eshtylist @prernasaigal @shrutikarokade. Till we meet again (sic).”

A revolutionary filmmaker, and the creator of the iconic “Feluda” series, Satyajit Ray, along with being an ace filmmaker, is also celebrated for writing some of the best short stories.

Feluda, the detective, Professor Shonku, the scientist, Tarini Khuro, the storyteller, and Lalmohan Ganguly, the novelist, are popular fictional characters developed by him. Oxford University granted an honorary degree to him in 1978. In 1992, the Indian government awarded him the Bharat Ratna, the country’s highest civilian honor.

Slipping into the character of a godmother, Madan is being touted as the show stealer for her performance, with critics and the audience hailing her act. “Spotlight” marked Madan’s second collaboration with Bala, the duo earlier collaborated for “Mard Ko Dard Nahi Hota’ that garnered much acclaim for its unique, quirky concept and impressive performances.

Madan debuted on Indian television in 2014, as Ishaani Parikh in the love drama, “Meri Aashiqui Tum Se Hi.” She took part in “Jhalak Dikhhla Jaa,” a reality television show in 2015. She made her Bollywood debut in the drama, “Pataakha,” directed by Vishal Bhardwaj, in 2018. After that, she starred alongside Irrfan Khan in “Angrezi Medium.”

With an exciting lineup of projects, she will be next seen in “Feels like Ishq,” another anthology by Netflix, and her upcoming film, “Shiddat,” amongst many other projects.