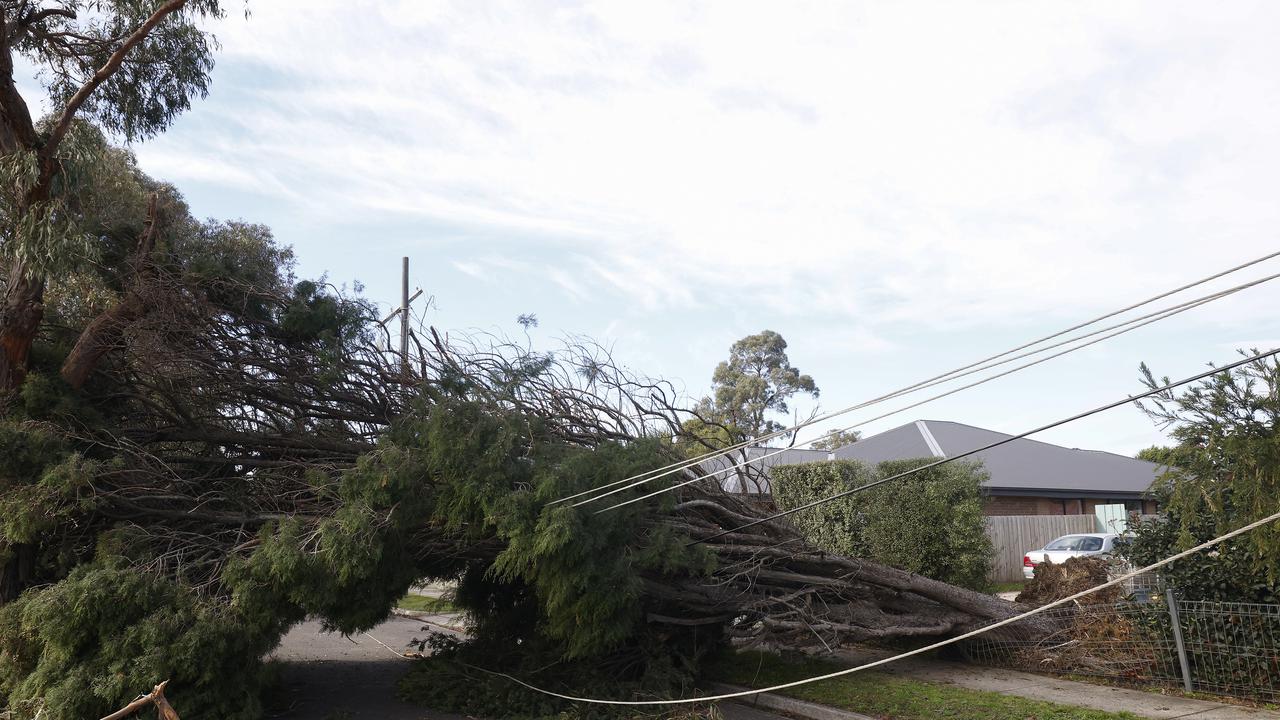 During a phone conversation with a media agency on June 25, the reception cut out as she was driving in the Dandenongs, where storms earlier in June left thousands with no power and limited communications.

Like many locals, she believes a lack of phone reception held up the emergency response to the storms.

“What do you do when it’s an emergency and you can’t contact anyone and you don’t know if it’s safe to leave your property?” she wanted to know.

Sacre has had a “full-on and stressful” few weeks desperately trying to contact people to cancel bookings at her bed and breakfast but she’s worried about elderly neighbors who can’t call for help in an emergency.

Telstra has said that the outages caused by the storms meant up to 60 Victorian communities may have been unable to make emergency calls.

But it said it has managed to restore services over the past fortnight.

The company says its 40,000 network sites are usually equipped with battery backups or even generators but they are not designed to cope with extended power outages.

During blackouts, mobile phone towers run on temporary batteries that may only last a few hours before cutting out and leaving people with no communications — especially if landlines are also affected.

“The limited duration of on-site battery backup is a significant challenge,” a Victorian government spokesperson said on June 25.

Telstra is just one of the telcos that deals with emergency calls — there’s also National Broadband Network Co, Optus and TPG-Vodafone, with any available network carrying a triple zero call if another network is not working.

Telcos have legal obligations to carry emergency calls but these rules don’t apply during power outages.

But there’s significant room for improvement in emergencies.

Wayne Hawkins from ACCAN said the massive fires during the summer of 2019/20 took out landline and mobile infrastructure.

“In extreme fire situations, natural disasters, both networks can be destroyed,” he said.

There are currently no rules requiring mobile networks to provide continuous service, nor are there standards for how quickly mobile services should be restored after a disaster.

Upgrading phone tower batteries was a key recommendation of the royal commission into the 2019/20 fires, and the federal government has allocated AU$37 million ($28 million) to upgrade communications networks.

This includes AU$13 million ($9.8 million) to extend backup power at 467 mobile base stations so they can last at least 12 hours after a power cut.

It’s not yet clear which towers will be eligible for the upgrades.

Another AU$10 million ($7.5 million) will be spent on portable infrastructure that can be driven into bushfire affected areas to provide temporary phone service.

As Sacre and her young family settle back into their home in the Dandenongs after two weeks with no power, they are planning to spend some money also.

They expect a backup generator will cost a few thousand dollars but the timing isn’t great — with the storms on top of Victoria’s recent lockdown, her business has lost about two months’ income.

“I don’t know how small business is going to survive all this, it’s really daunting,” she said.