Pakistan has made significant progress, and it has largely addressed 26 out of 27 items on the action plan. 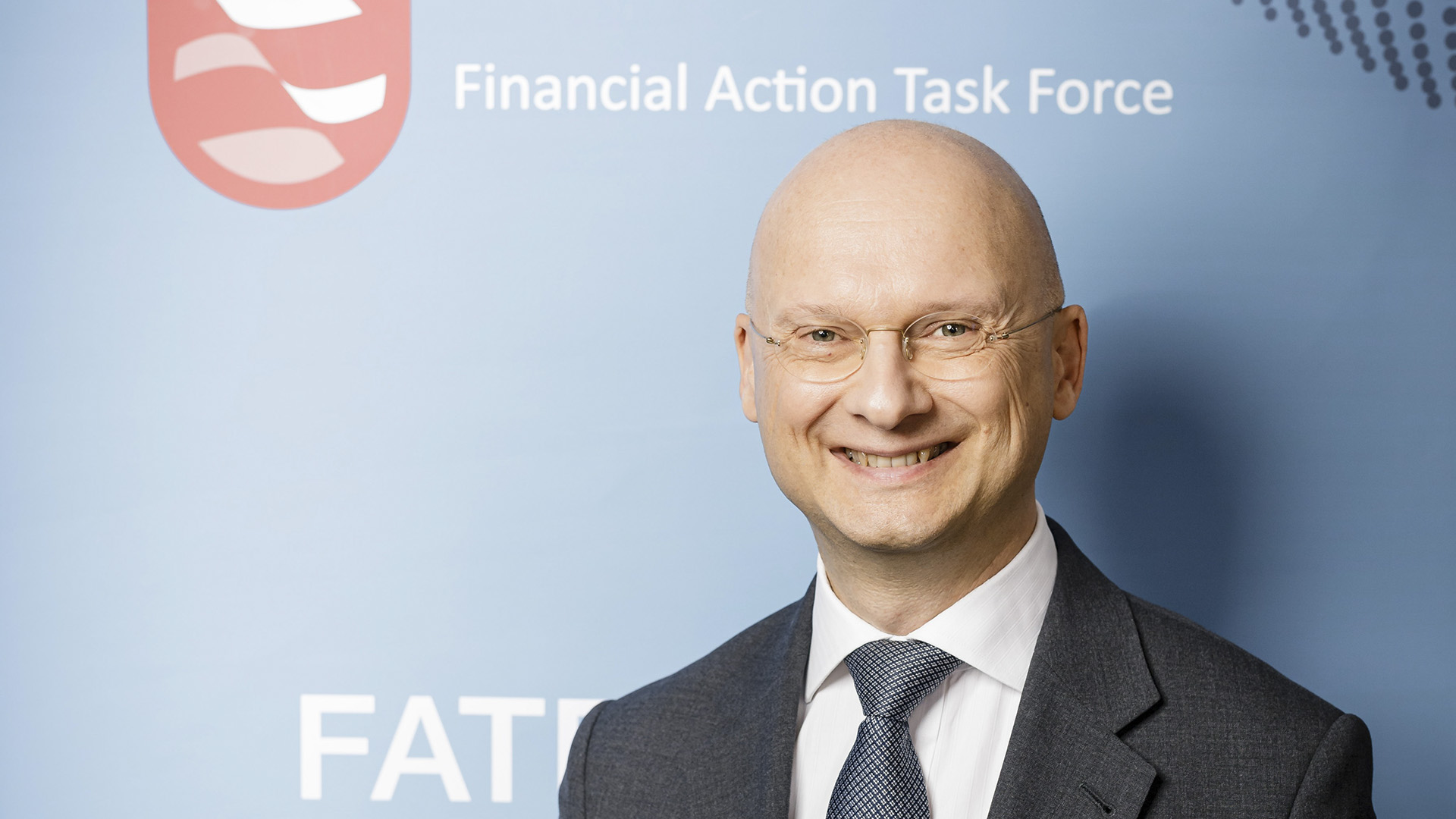 Financial Action Task Force President Marcus Pleyer said Pakistan would remain on the grey list till it addresses all items on the original action plan agreed to in June 2018. (@FATFNews/Twitter)

Continuation on the ‘grey list’ for Pakistan means that it will not get any respite in trying to access finances in the form of investments and aid from international bodies, including the International Monetary Fund.

Financial Action Task Force President Marcus Pleyer said Pakistan would remain on the grey list till it addresses all items on the original action plan agreed to in June 2018 as well as all items on a parallel action plan handed out by the watchdog’s regional partner — the Asia Pacific Group — in 2019.

“Pakistan has made significant progress, and it has largely addressed 26 out of 27 items on the action plan it first committed to in June 2018,” said Pleyer.

He, however, said that the item on financial terrorism still needed to be addressed, which concerned the “investigation and prosecution of senior leaders and commanders of UN-designated terror groups.”

He also pointed out that “a separate process has been taking place over the past few years” as far as Pakistan was concerned. 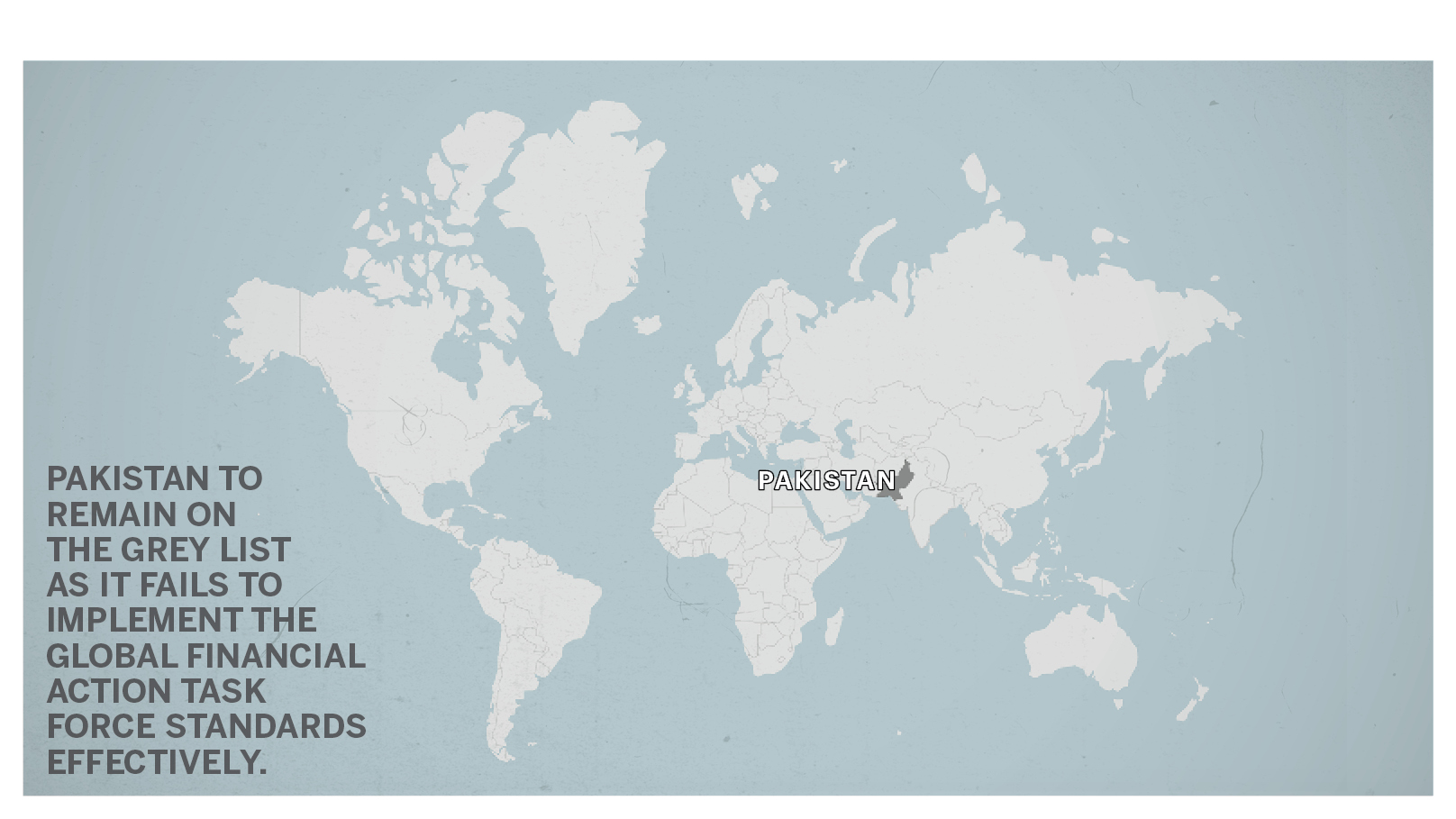 Pakistan has been on the Financial Action Task Force’s grey list for deficiencies in its counter-terror financing and anti-money laundering regimes since June 2018.

“Since then, Pakistan has made improvements. This includes clear efforts to raise awareness in the private sector to money laundering risks and to develop and use financial intelligence to build cases.”

But, he said, Pakistan was still “failing to effectively implement the global Financial Action Task Force standards” across many areas.

The virtual meeting of the Financial Action Task Force plenary took place under the presidency of Marcus Pleyer, while delegates representing 205 members of the Global Network and observer organizations including the International Monetary Fund, the United Nations, and the Egmont Group of Financial Intelligence Units were also in attendance.

The watchdog’s president said all items on both action plans needed to be addressed and goals fulfilled for countries to exit the grey list.

“As soon as this last remaining item of the action plan is largely addressed, the members will decide whether they will grant an on-site for this action plan,” he said.

“Usually, once an on-site has been completed, the membership can decide on delisting a country.”

Deploring Financial Action Task Force’s decision to retain Pakistan on its grey list, the country’s Foreign Minister Shah Mahmood Qureshi said that if it were a technical decision, the country would have been added to the safelist.

“Now Financial Action Task Force members and the world have to decide if it is a technical or a politically motivated forum,” he said.

Qureshi said that even Financial Action Task Force members have admitted that Pakistan has shown compliance on 26 out of 27 points of the action plan from the anti-money laundering watchdog.

Earlier, Qureshi said that ‘some forces’ were trying to maintain pressure on Pakistan by keeping it on the grey list of the Financial Action Task Force.

“Some forces want to keep the Financial Action Task Force sword hanging on Pakistan,” he said.

Pakistan has a “very sizable militant network,” and it will take time for the country to dismantle it, according to Michael Kugelman, deputy director for the Asia Program at the Wilson Center.

He said whether Pakistan was committed to taking action against all terrorist leaders that Financial Action Task Force expects it to, given that many of the terrorists have been “assets of the state.”

“To its credit, Pakistan has chipped away at the 27th and final action item through a series of arrests and convictions of designated terrorist leaders,” said Kugelman. “But you’re looking at a country that has had a very sizable militant network, and so it will take time to dismantle it and do what needs to be done.”

“There is also the question whether Pakistan is committed to taking action against all terrorist leaders that Financial Action Task Force expects it to. So many of these actors have been assets of the state, after all.”