At least five lawyers have been arrested in the past month for defending politicians and activists. 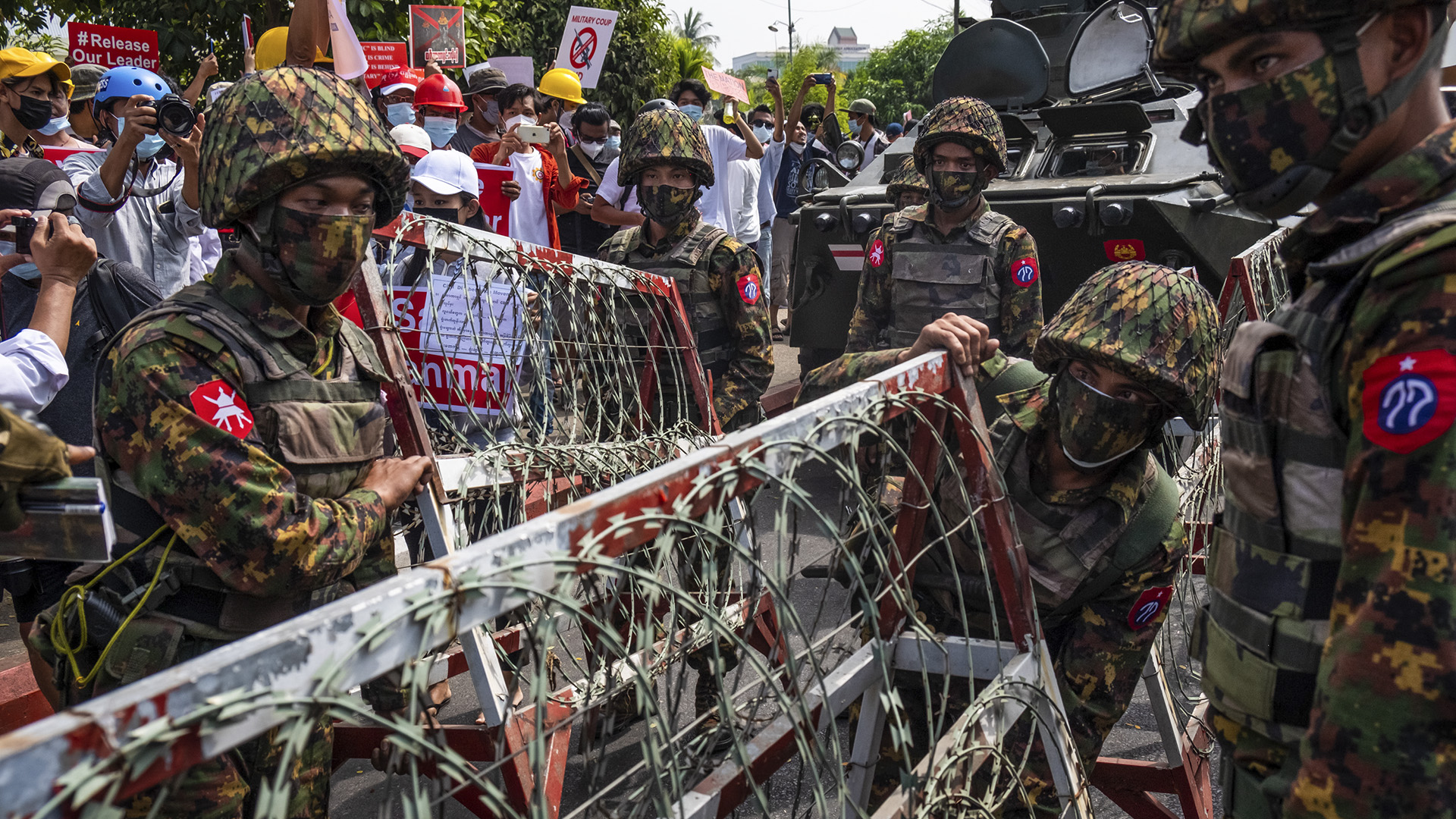 Myanmar military turned its focus to targeting lawyers in its bid to consolidate control over the country and suppress anti-junta voices. (Hkun Lat/Getty Images)

NAYPYITAW, Myanmar (Burma) — As the conflict continues to intensify within Myanmar, the military turned its focus to targeting lawyers in its bid to consolidate control over the country and suppress anti-junta voices.

At least five lawyers across the country have been arrested in the past month for defending politicians and activists.

Thein Hlaing Tun, the lawyer for deposed Naypyidaw Council chairman Myo Aung, a co-defendant of Aung San Suu Kyi, was arrested on May 24 and charged under section 505A an incitement charge that carries a three-year prison sentence and has emerged as the favorite tool of the generals.

Khin Maung Zaw, the head of Aung San Suu Kyi’s defense team, said that the situation has become “very, very difficult” due to the danger of “being harassed or arrested” and internal disagreements about how to proceed in a skewed legal system. 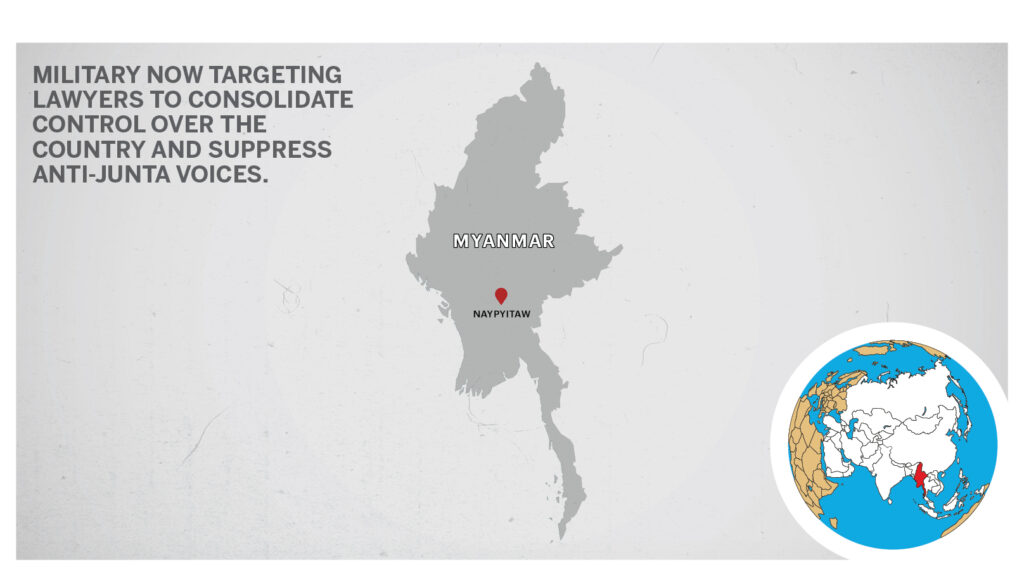 A lawyer from Ayeyarwady Region on May 28 was arrested during a trial while defending a political dissident and charged under section 505A.

Thet’s colleagues said that the arrest had escalated the climate of fear that already existed.

“After he was arrested, we went into hiding places, but we are also still trying to continue defending the cases,” she said. “We know that we could be arrested, but I cannot avoid that. Because if we stop doing this, who will defend these cases?”

She said that uniformed police often photograph and videotape lawyers going to defend cases in an intimidating manner, and female lawyers have become too afraid to go into court alone.

On June 12, two lawyers were arrested in Kayin state while crossing the border into Thailand after finding out the military wanted them. They are charged under section 505A.

The targeting of lawyers might also cut off a vital source of information about other detained prisoners, said Phil Robertson, deputy director of Human Rights Watch, Asia division.

“Restricting this relationship with clients through intimidation of lawyers will also mean there is less information coming from the prisons about what is happening to people inside,” he said.

Furthermore, the deputy chairman of the Naypyidaw Council was able to reveal through his lawyer last week that he suffered a broken rib during interrogations.

“Arresting lawyers and interrogating them about their activities and their clients will ensure that no one wants to provide legal counsel to activists – which is probably the real intent of the junta’s actions here,” said Robertson. “No real justice will be found as long as the judicial system is under the thumb of the military.

The pressure on lawyers also makes people in the legal community furious and motivated to fight an “unfair and unjust system.”

“Our generation should and must be the last one to experience a coup,” said a law student.

Since the February military coup in Myanmar that ousted the democratically elected government led by civilian leader Aung San Suu Kyi- who turned 76 on June 26- and other prominent politicians have been detained, and hundreds of civilians were killed by security forces.

As many as 883 people had been killed by June 27 by the military junta since the coup, with around 5,100 others in detention.