Most Abide By Lockdown As Cases Rise In Australian State

With new infections linked to a seafood shop in Sydney's inner west and millions of residents under a two-week lockdown.
By Gina Rushton June 28, 2021
Facebook
Twitter
Linkedin
Email 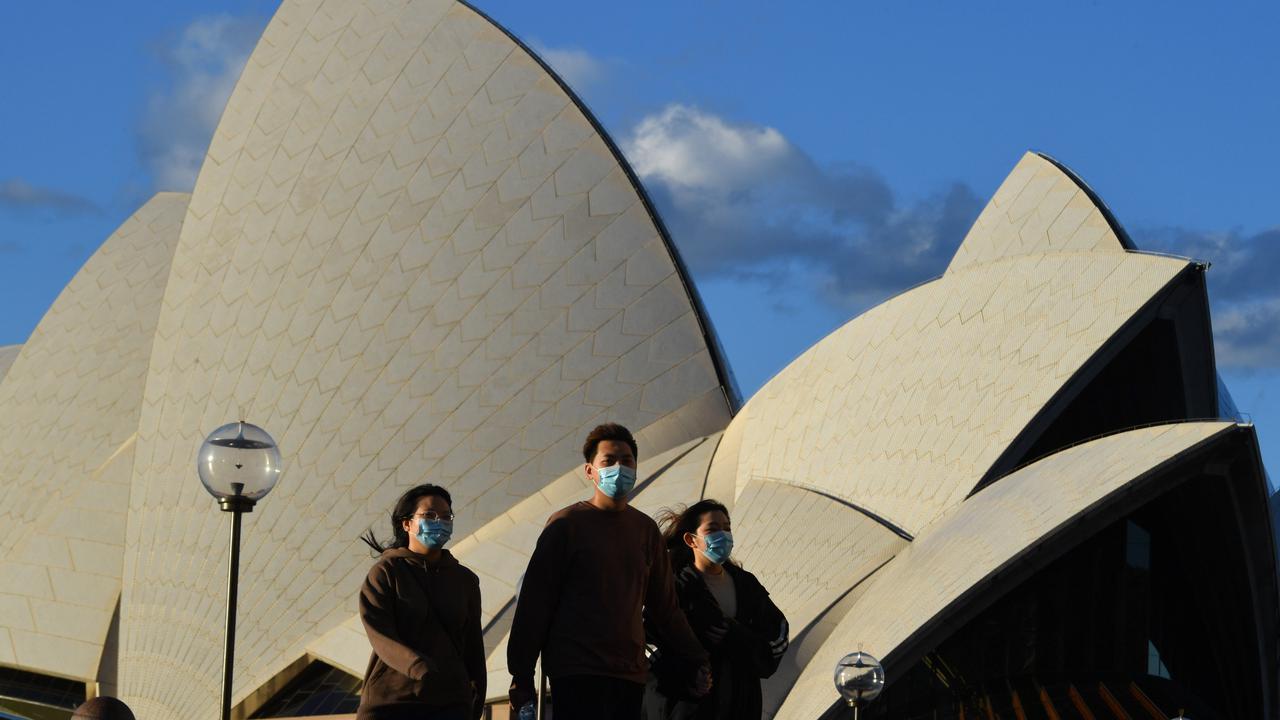 Millions of New South Wales residents are under lockdown with exercise among reasons allowing them to go out. (AAP Image)

SYDNEY — The Australian state of New South Wales is bracing for more Covid-19 cases as it faces the second full day of a two-week lockdown.

The state recorded 30 new locally-acquired virus cases in the 24 hours to 8 pm on June 26 as Greater Sydney, the Central Coast, Blue Mountains, Wollongong and Shellharbour went into lockdown.

The last time the state recorded as many cases was in December during the Northern Beaches outbreak.

The millions of residents in the lockdown zone are only to leave the house for work that can’t be done at home, to shop for essentials, for exercise, to seek medical care and for care-giving, or compassionate reasons. 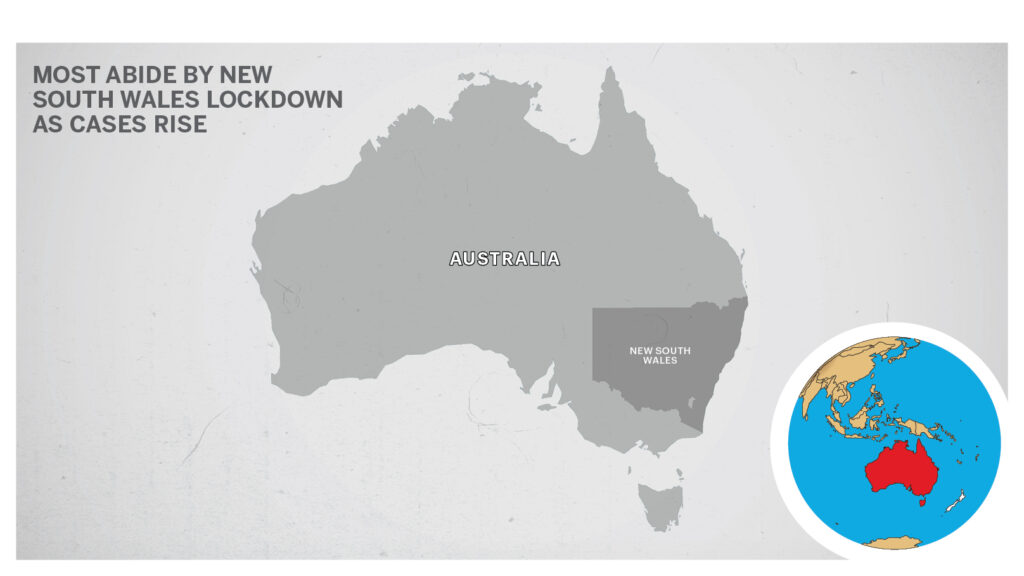 Anyone in regional New South Wales who has been to Greater Sydney since June 21 is also being asked to stay home for the lockdown period.

New South Wales Police issued more than 15 fines for offenses on the first night of lockdown, including an eastern Sydney family traveling to the Hunter for a sporting event and an Illawarra cafe owner who refused to wear a mask.

A man and a woman were issued with AU$1000 ($759.60) fines at Bondi Beach on June 27 for breaching the rules. The number of infections linked to the so-called Bondi cluster reached 110 over the weekend.

While the cluster began in the city’s east, Chief Health Officer Kerry Chant said 10 of the new cases were linked to Great Ocean Foods at Marrickville in Sydney’s inner west.

One case linked to the seafood distributor is a domestic flight crew attendant with Virgin Australia who tested positive on June 26 night.

New South Wales Health on June 27 afternoon issued a number of new exposure sites including a Mexican restaurant at Bondi Beach, two eateries in Maroubra, an Establishment Bar in the Sydney Central Business District and an Annandale cafe.

On June 27 night a Bondi hairdresser, a Bexley aquatic center and a Woolworths, bakery, butchery and deli in Coogee were all listed as venues of concern.

Authorities also issued a correction, removing Crossroads Hotel in Casula as a venue of concern and adding Crossways Hotel in Strathfield South — a different part of Sydney.

The Australian Retailers Association earlier this week estimated the loss in retail trade during the lockdown would reach AU$2 billion ($1.51 billion).

New South Wales Premier Gladys Berejiklian said the early anecdotal evidence was that people were so far abiding by the lockdown rules. The premier said she “did not regret a single decision” she had made about the outbreak so far, including delaying a citywide lockdown.

“I have never cared about what people think about me,” Berejiklian said. “I care about keeping people safe.”