It originally contained an invitation to a ball but has become the most expensive envelope ever sold worldwide.
By Georgina Jadikovskaall June 28, 2021
Facebook
Twitter
Linkedin
Email 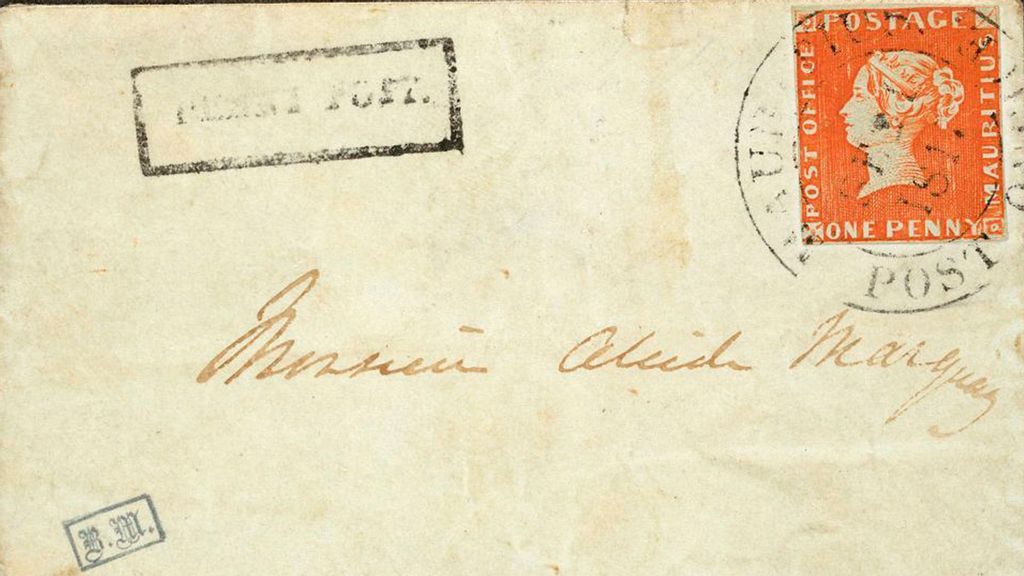 Mauritius: 1847 Post Office 1d orange-red, used on cover which is one of the rarest postage stamps of the British Colony Mauritius which was issued in 1847. (British Library/Zenger News)

One of three ball invitation envelopes from 1847 has been sold for a groundbreaking 8.1 million euros ($9.7 million) in a German auction.

The orange-red British Colony Mauritius post-stamped envelope is the only one in private hands with the remaining two owned by Queen Elizabeth II and the British Library.

It sold for more than double the bet price, according to reports from auction house Gärtner in Bietigheim-Bissingen near Stuttgart.

The one-penny stamp that depicts Queen Victoria was one of the first two British Empire stamps to ever be produced outside Great Britain.

The “1847 Mauritius 1d Ball Cover” is the most expensive envelope that has ever been auctioned worldwide. The auction took place in the Gartner Auction House in Ludwigsburg on June 26.

The “Post Office” orange-red one-penny stamp along with its deep blue two-pence counterpart were engraved by England-born miniature painter Joseph Osmond Barnard, who stowed away on a ship to Mauritius in 1838.

However, the stamps weren’t issued until 11 years later in the then-colony Mauritius on Sep. 21, 1847.

According to the Smithsonian’s National Postal Museum, the blue stamp is looked upon as the best stamp in the Royal Philatelic Collection.

Some stamps were used on covers that contained invitations to a ball organized by Lady Elizabeth Ann Gomm who was the wife of the governor, Field Marshal Sir William Maynard Gomm. According to the British Library, only three such covers exist today.

One of them was offered by a private owner at a starting price of 4 million euros ($4.8 million) before being bought for a record high price. The buyer is an anonymous German speaker from Europe.

50 people were present at the auction, but only four placed bids.

The previous owner of the envelope, who is a collector in Singapore, said it was with a heavy heart that he parted with the rare stamp.

“I enjoyed every second of the prestigious Mauritius Ball Cover from 1847, but I felt that it was now time to pass it on to someone who is just as passionate and proud to own it,” he said.

According to the auction house, the historically valuable envelope with the stamp only changes hands every few decades. Three parties expressed their interest and raised their hopes when bidding on the phone.

The price for this copy was reportedly so expensive because the other two are not for sale.