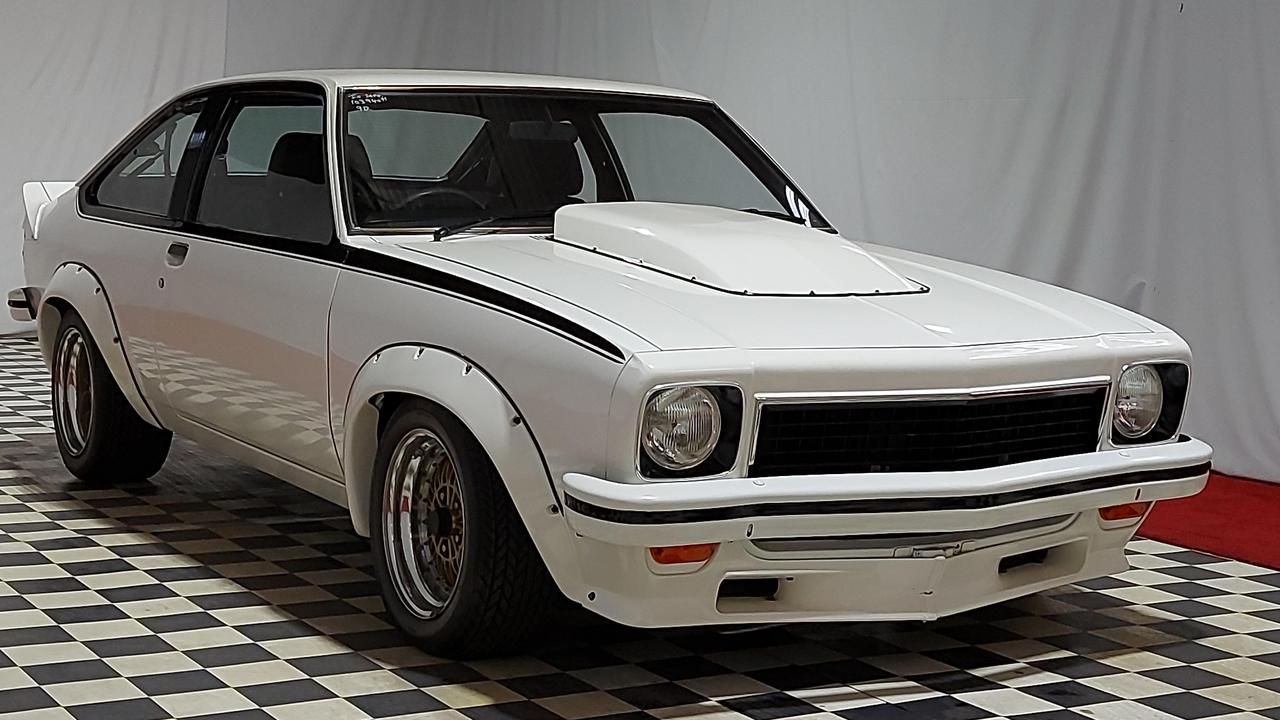 The Holden Torana A9X is considered one of Australia's most sort-after muscle cars. (AAP Image)

The two-door hatchback was essentially one of just 33 produced by Holden and is considered one of Australia’s most sort-after and iconic muscle cars.

Holden built the 33 A9X hatchback shells in 1977, enough to last the expected racing life for the model.

They were double seam welded, all painted white, and sold exclusively to race teams.

But Lloyds Auctions says there was considerable uproar from rival teams when word got out the shells were built with thinner gauge steel, making them considerably lighter than standard production cars they were supposed to mirror.

Lloyds conducted the online bidding on June 26 and released the specifications of the car.

“One of the high points of Holden’s rich racing history was the success of the marque achieved with the A9X. — and the 2-door V8 Torana remains one of the most iconic of all the brand’s racing cars. The new car claimed wins at Bathurst in 78 and 79 at the hands of Peter Brock and Jim Richards both years, the 1979 Australian Touring car championship for Bob Morris,” the specifications read.

Internal and external pressings, such as hinges and bumpers, were also lighter and even the glass in the rear hatch was one-millimeter thinner.

Holden said the variation was a result of changing to metric measurements and after an investigation threatened to withdraw from racing if the shells were not approved.

Three of the shells were bought by racing team boss Ron Hodgson, who immediately had two built out for the track, keeping a third as a spare.

Two years later, after the model was to be replaced with the first of the Commodores, Hodgson gave instructions to build the untouched shell into a road car, which is the one sold on June 26.

Lloyds chief Lee Hames said earlier this week that with recent high prices paid for rare Holdens, he wouldn’t be surprised to see a record for the Torana with bids topping AU$1 million ($7,58,210).

“This is the holy grail of Holden motor collector cars,” he said.