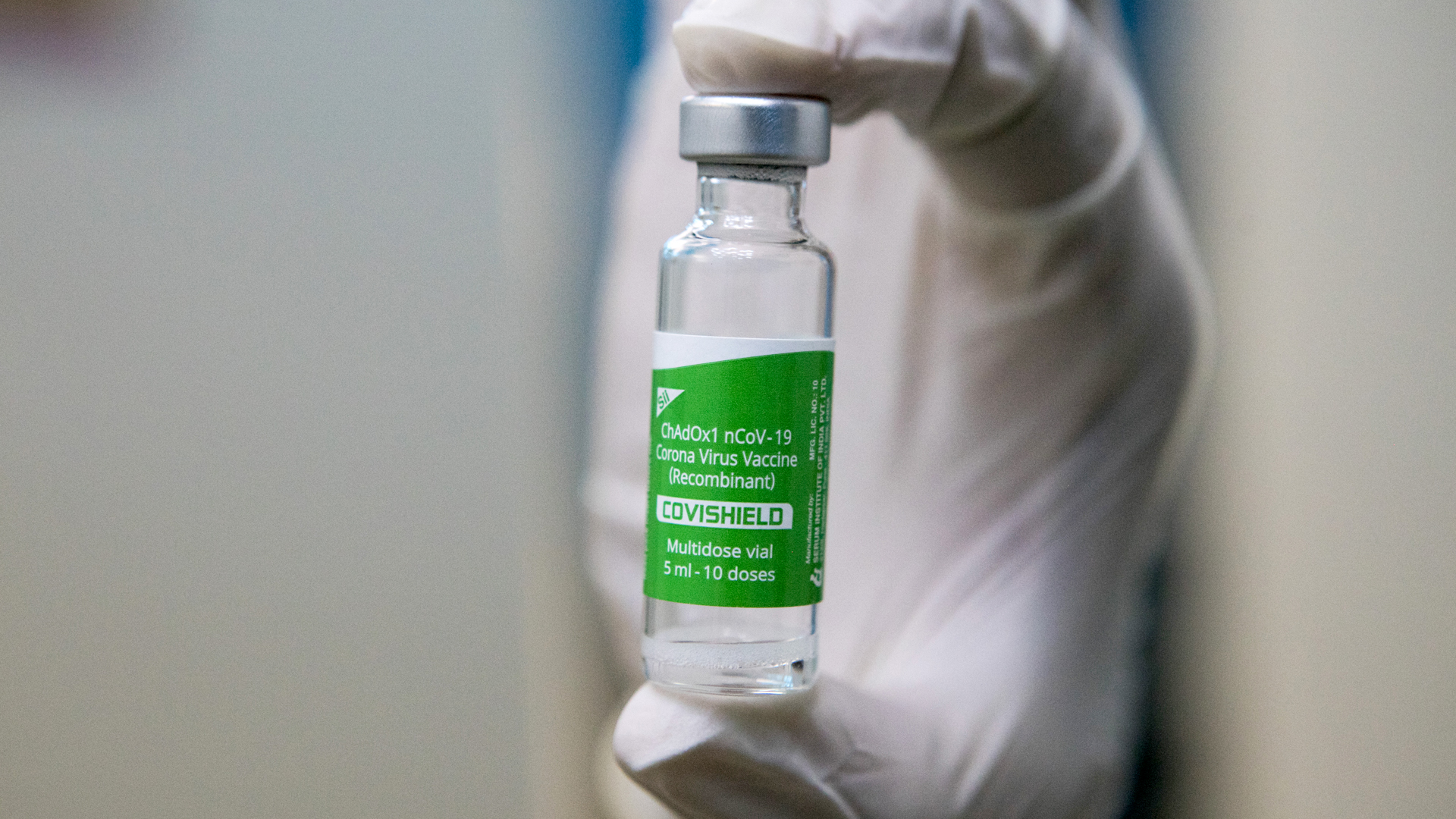 Health personnel displays a vial containing a dose of the Covishield vaccine by Oxford and AstraZeneca. (Ricardo Ceppi/Getty Images)

PUNE, India — Indians who have taken Covishield doses and are facing issues while traveling to European Union countries had been escalated to the ‘highest level,’ said Adar Poonawalla, chief executive officer and owner of the Serum Institute of India, which manufactures the vaccine in India

In a tweet, Poonawala also said he hoped to resolve the matter soon, both with regulators and at a diplomatic level with countries.

“I realize that a lot of Indians who have taken Covishield are facing issues with travel to the E.U.,” he tweeted.

“I assure everyone, I have taken this up at the highest levels and hope to resolve this matter soon, both with regulators and at a diplomatic level with countries.”

This comes after reports that travelers vaccinated with Covishield, the AstraZeneca-Oxford vaccine manufactured in India by the Serum Institute of India, may not be eligible for the European Union’s ‘Green Pass.’

Europe’s vaccine passport program, which allowed recipients to travel to and from Europe with fewer roadblocks, may not recognize recipients of the Covishield vaccine.

Till now, four vaccines have been approved by the European Medicines Agency that can be used in the European Union member states, Comirnaty (Pfizer/BioNTech), Moderna, Vaxzervria (AstraZeneca), Janssen (Johnson & Johnson).

Serum Institute of India is yet to apply for vaccine approval by the European Medicines Agency.

The European Union leaders, on May 26, announced the introduction of the “Digital Covid Certificate“- a Covid-19 pass to allow tourists.

The certificate will show the bearer’s vaccination status, or whether they have developed immunity from a Covid infection they have recovered from or the result of a Covid test.

Covishield is one of the three Covid-19 vaccines approved for use in India.

India has overtaken the United States of America in the total number of vaccine doses administered so far, said the union health ministry.

As many as 32,36,63,297 doses have been administered in India since the vaccination drive started on January 16.

Daily recoveries continued to outnumber the daily new cases for the 46th consecutive day, with 58,578 recoveries in the last 24 hours, dropping the active caseload down to 5,72,994.