Andrews and his wife Catherine say he is lucky to be alive after fracturing his spine and breaking several ribs in a fall.
By Benita Kolovos June 28, 2021
Facebook
Twitter
Linkedin
Email 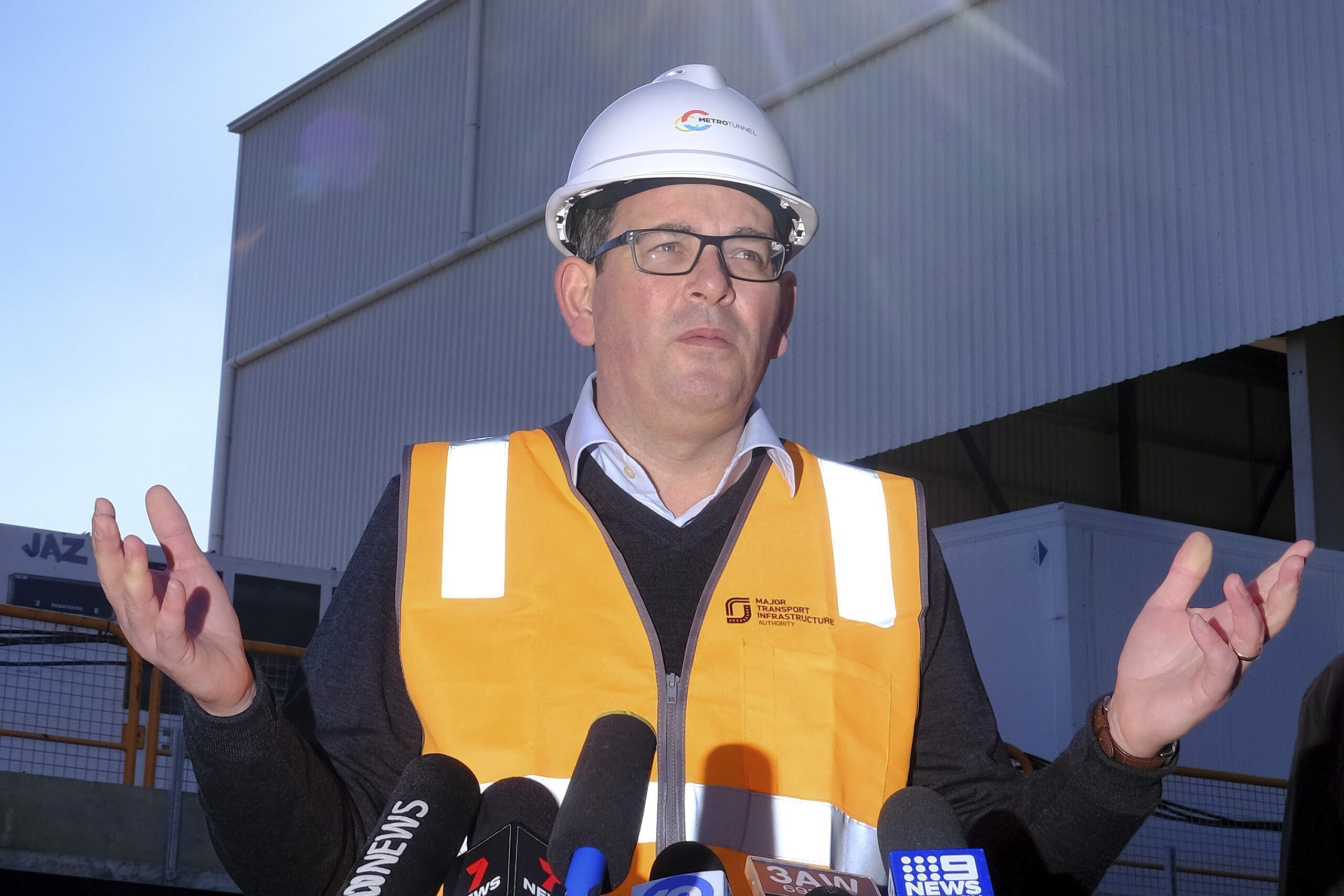 MELBOURNE, Australia — Victorian Premier Daniel Andrews‘ wife says she thought he was going to die after fracturing his spine and breaking several ribs in a fall.

The couple released a video on social media ahead of his return to work on June 28, describing how Andrews slipped on stairs while getting ready for work at a Mornington Peninsula holiday rental on March 9.

“As I put my foot on to the first step. I knew I was in trouble. I didn’t really connect with the step it just slid straight off, I became airborne almost,” Andrews says in the four-and-a-half-minute video.

“Then all I can hear is just this almighty crunch. When I heard the crunch, I knew. I thought this is serious, we’re in trouble here.”

“She comes and finds me a few moments later, it felt like an eternity,” he said.

“It was awful because you were going blue, and we were looking at each other, and I was thinking, you are going to die here in Sorrento at this holiday house,” Catherine Andrews said in the video.

“You’re looking at me, and you felt the same.”

The 48-year-old was taken to the Peninsula Private Hospital by ambulance before he was transferred to the Alfred Trauma Centre.

X-rays revealed he broke ribs on his left and right sides and sustained an acute compression fracture of the T7 vertebra, but suffered no head injuries.

As per the government sources, he narrowly avoided permanent and “life-changing” spinal cord damage.

He was discharged on March 15 and has been recovering at home since.

In the video, the couple thanks everyone involved in his recovery, including Andrews’ personal protective detail who were among the first on the scene, physios, paramedics, doctors, and nurses.

“There’s something very special about those people, they are the best of us,” Andrews said.

“As painful as difficult as traumatic as it was, we’re very lucky.”

He also thanked the tens of thousands of Victorians who had sent letters, cards, emails, and messages wishing him well, describing it as the “best medicine”.

“When you have a traumatic moment in your life you kind of reassess things, you work out, you remind yourself of the things that are really, really important,” Andrews said.

“Family is important, but so too is delivering for every family, working hard for every single Victorian family. That’s the oath I swore. That’s the job I’ve got.”

He said he was “fit, strong, and healthy” and would be on the ballot at the November 2022 election.

“I’m running, and I’m running to win. There’s unfinished business, and I’m determined to get it done,” Andrews said.