Barnaby Joyce continues to claim he was surprised by a party leadership ballot that saw him returned as deputy prime minister. 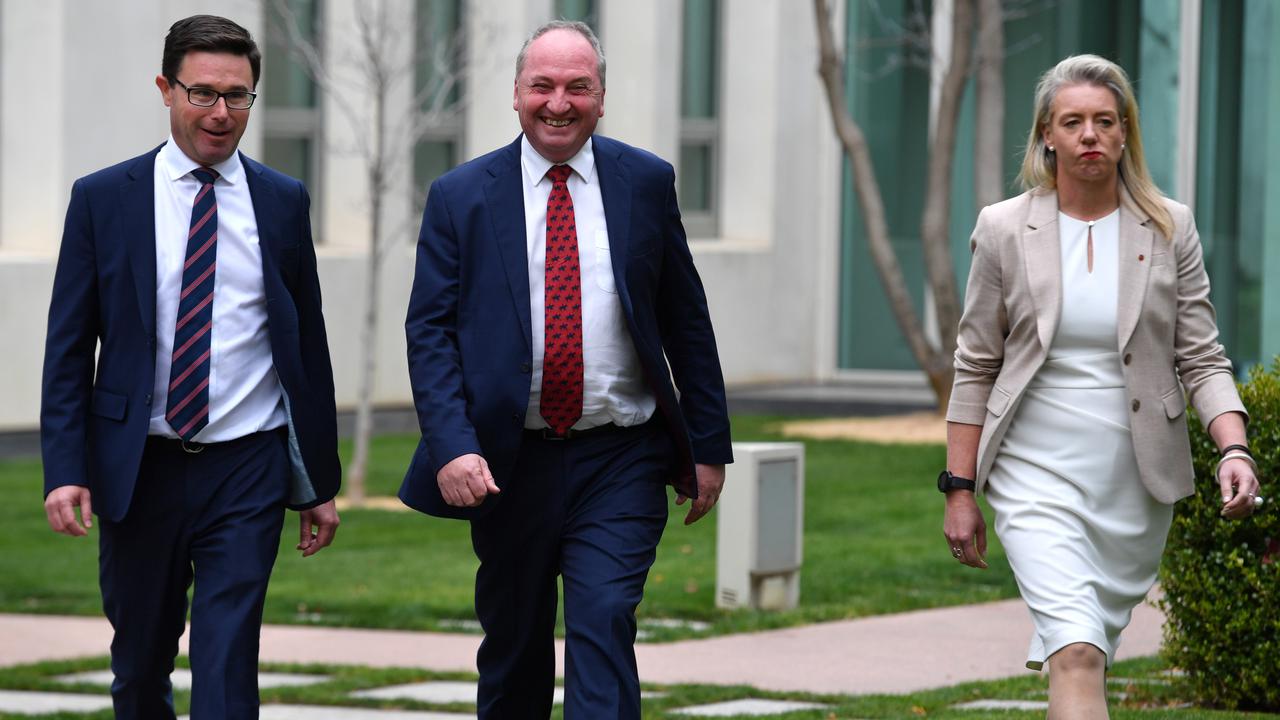 Nationals leader Barnaby Joyce says he didn't know a leadership spill was on until the last moment. (AAP Image)

CANBERRA, Australia — Deputy Prime Minister Barnaby Joyce continues to claim he was blindsided by a National Party leadership spill, after rewarding his backers by promoting them to the cabinet. Joyce did the breakfast television rounds on Monday morning and was reminded that a week ago he claimed there would not be a party room ballot.

Joyce said there were “obviously” discussions going on behind the scenes but he did not know something was going to happen until he was in the party room meeting.

“It really basically unfolds right at that time whether it’s going to happen or not,” he told a media channel.

“It was other people’s decisions — I said I was never going to call a spill and I didn’t.”

Joyce has reshuffled the party’s front bench, promoting supporters and dropping detractors from the cabinet.

Darren Chester was among those to lose his portfolios, dumped from the veterans’ affairs ministry. Chester apologized to regional communities for the way the National Party conducted itself.

“In the middle of a global pandemic, as we are recovering from bushfires, from drought and from storms, we spent the whole week talking about ourselves again,” he said to the press.

“I am sorry to regional Australians. What you saw last week was not the best of the National Party. Hopefully what you see going forward is a party 100 percent focused on you and the issues that matter to you.”

Chester, widely respected among the defense and veterans’ communities, said it was up to others to explain why he was sacked.

Chester refused to add to the commentary and would not say whether he believed Joyce had learned from his mistakes.

“You’re asking the wrong bloke. He sacked me three years ago, and he has sacked me again, so you tell me. It’s up to him to demonstrate that,” Chester said.

“These are questions that individuals really need to answer for themselves, I can’t do a running commentary on my colleagues.

“One, I can’t be bothered. And two, I’ve got better things to focus on in terms of my own community.”

Bridget McKenzie returns to cabinet 18 months after quitting due to the sports affairs and is now responsible for regional communications and educations.

Joyce supporter Andrew Gee was promoted to veterans’ affairs portfolio while Queenslander Keith Pitt was shifted to the outer ministry and Mark Coulton was dumped from the front bench altogether.