A senior editorial writer was arrested at the airport on June 27 with charges of collusion.
By Zenger News Desk June 28, 2021
Facebook
Twitter
Linkedin
Email 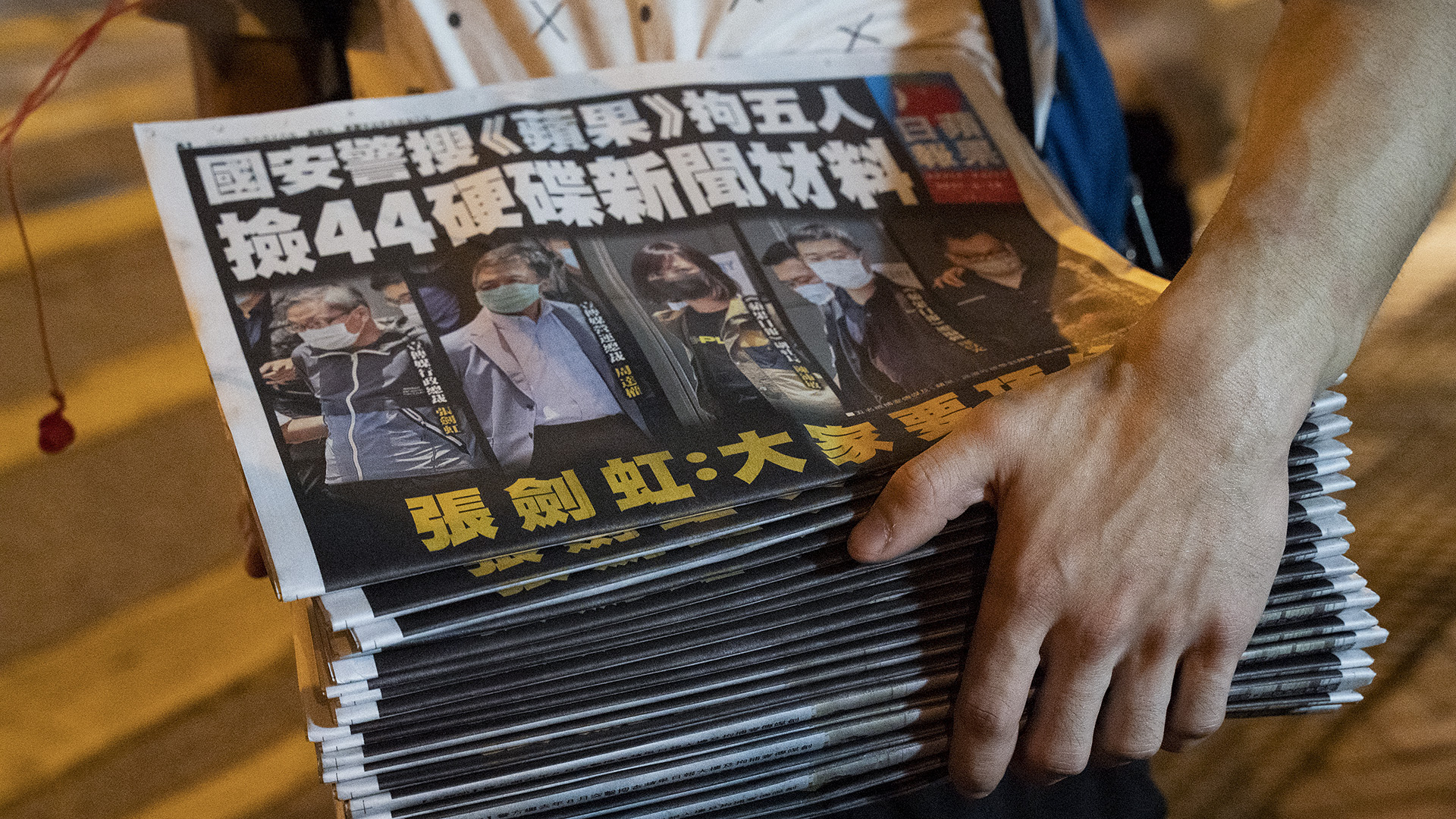 The 57-year-old journalist is the seventh staff member of the now-closed pro-democracy newspaper to be detained.

Apple Daily was last week forced to shut down after the city authorities froze its assets and arrested five executives under the draconian National Security Law.

Wai-kong’s arrest comes a few days after police arrested a columnist of a now-defunct newspaper for allegedly “conspiring to collude with foreign countries or foreign forces to endanger national security.”

Last week, police arrested the paper’s chief editorial writer, which followed the detention of five executives, including the editor-in-chief, Ryan Law, and the chief executive, Cheung Kim-hung, who were both later charged. In addition, Apple Daily was forced to print its final edition and cease operations on June 24 after associated asset freezes crippled it.

Hong Kong authorities continue their crackdown on dissent in the semi-autonomous city, arresting most of the city’s prominent pro-democracy figures and revamping Hong Kong’s election laws to keep opposing voices out of the legislature.

“The Hong Kong Journalists Association reiterates that freedom of speech and freedom of the press are core values of Hong Kong,” it said in a statement.

“If even the writing of the literati cannot be tolerated, it will be difficult for Hong Kong to be regarded as an international city.”

Pro-democracy online news outlet Stand News said in a statement that it would remove commentaries published on its site before June and halt its fundraising efforts because of concerns over the sweeping national security law.

The measures were taken to protect the news outlet’s supporters, writers, and editorial staffers in the “literary inquisition” of Hong Kong.

Despite the preventive measures, Stand News pledged to keep reporting the news.

The Hong Kong authorities have increasingly relied on the China-backed law, which provides them broad power to limit people’s political freedom and arrest journalists at the independent news outlet.

The award is presented annually by Committee to Protect Journalists’ board of directors to recognize extraordinary and sustained commitment to press freedom.

“Jimmy Lai is not just a champion of a free press, and he is a press freedom warrior,” said Kathleen Carroll, chair of Committee to Protect Journalists’ board.

“He fights for the right of his Apple News organization to publish freely, even as China and its backers in Hong Kong use every tool to quash them.”