The Mesobot is capable of locking onto organisms and tracking them for over 24 hours with incredible precision.
By Peter Barker June 26, 2021
Facebook
Twitter
Linkedin
Email 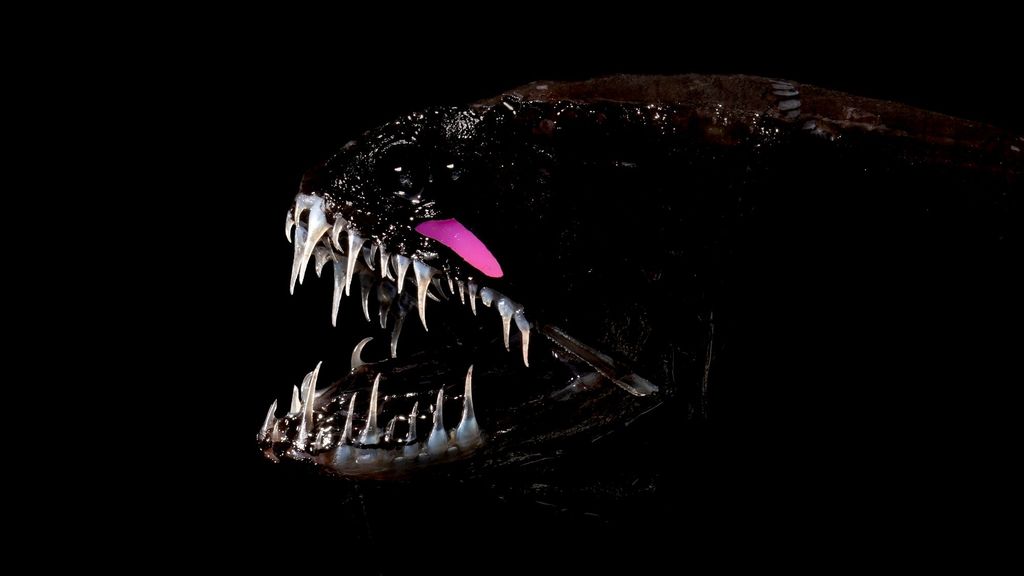 Bioluminescent creatures and others inhabiting the dark depths 3,000 feet below the surface in the mid-ocean “twilight zone” — beyond the reach of sunlight — are now being documented by a research robot called Mesobot.

“The midwater hosts a vast biomass, has a role in regulating climate, and may soon be exploited commercially, yet our scientific understanding of it is incomplete,” state the authors of a research article published in the journal Science Robotics. “Mesobot has the ability to survey and track slow-moving animals and to correlate the animals’ movements with critical environmental measurements.”

The underwater robot was created in a joint effort by the Woods Hole Oceanographic Institution, the Monterey Bay Aquarium Research Institute and Stanford University.

“Mesobot can survey, track and record compelling imagery,” said Dana Yoerger, a senior scientist at Woods Hole. “We hope to reveal previously unknown behaviors, species interactions, morphological structures, and the use of bioluminescence.

“The 250-kilogram (551-pound) marine robot can be teleoperated through a lightweight fiber-optic tether and can also operate untethered with full autonomy while minimizing environmental disturbance,” the research article states.

“The twilight zone is cold and its light is dim, but with flashes of bioluminescence — light produced by living organisms,” according to the Woods Hole Oceanographic Institution. “The region teems with life. Recent studies suggest that the biomass of fish in the twilight zone may be ten times greater than previously thought—more than in all the rest of the ocean combined.”

“The temperature of the water turned out to be key to the mystery,” said Katherine Crichton, now at the University of Exeter, who developed a computer model simulation of the way the marine carbon cycle developed through time.

“The interior of the oceans has cooled markedly over this period [15 million years],” she said. “That had a refrigeration effect, meaning that the sinking marine snow is preserved longer and sinks deeper, delivering food.”

“The cooling of the deep ocean gave life a boost and allowed it to thrive and diversify,” said Flavia Boscolo-Galazzo, a postdoctoral fellow at the University of Bergen specializing in ocean’s deep waters and sediments

The Mesobot is capable of locking onto organisms and tracking them for over 24 hours with incredible precision.

In the robot’s high-definition footage, it successfully tracks a dinner plate jellyfish ramming a siphonophore — one of the longest animals on the planet and relatives of jellyfish and corals — which narrowly escaped its venomous tentacles.

Benefits of the twilight zone

“Humans receive two key benefits from the twilight zone: the removal of heat-trapping carbon dioxide from the atmosphere and the support of commercially important fisheries in the surface waters,” scientists at Woods Hole said in a joint statement.

Researchers also said that industrial fishing is damaging the twilight zone and as a result potentially disrupting our food supply and reducing the amount of carbon being removed from the atmosphere.

The twilight zone plays a crucial role in transferring this carbon from the shallow ocean to the deep ocean, preventing the gases from being released back into the atmosphere.

The daily migration of animals from the twilight zone sees them emerge from the dark depths in search of food on the surface.

Among other creatures that make their journey from the darkness to the light are dreamer anglerfish, strawberry squid, and half-naked hatchetfish.

Under the cover of darkness, the hatchetfish feasts on zooplankton, also stuffing itself with ostracods and copepods, floating fish larvae and crustaceans before returning to the depths before sunrise.

Predators like the hatchetfish return to the twilight zone full of food and the carbon that their prey had absorbed. This process prevents the carbon from being released back into the atmosphere and contributing to the greenhouse effect.

Yoerger said this process is known as “the greatest migration on Earth,” and the Mesobot is capable of monitoring it no other machine as it can follow creatures for 24 hours a day.

The Woods Hole Oceanographic Institution estimates that as a result of the “great migration,” the twilight zone is responsible for storing 2-6 billion tons of carbon every year, which is estimated to be six times more than the carbon released by every car in the world.

“Deep-living fish account for a billion tonnes of biomass and are a major food source for whales and dolphins and also large diving fish like tuna and swordfish,” Flavia Boscolo-Galazzo said.

Woods Hole uses Mesobot data to protect the twilight zone, in addition to improving understanding of its role in the ocean’s food web and regulating carbon dioxide levels.