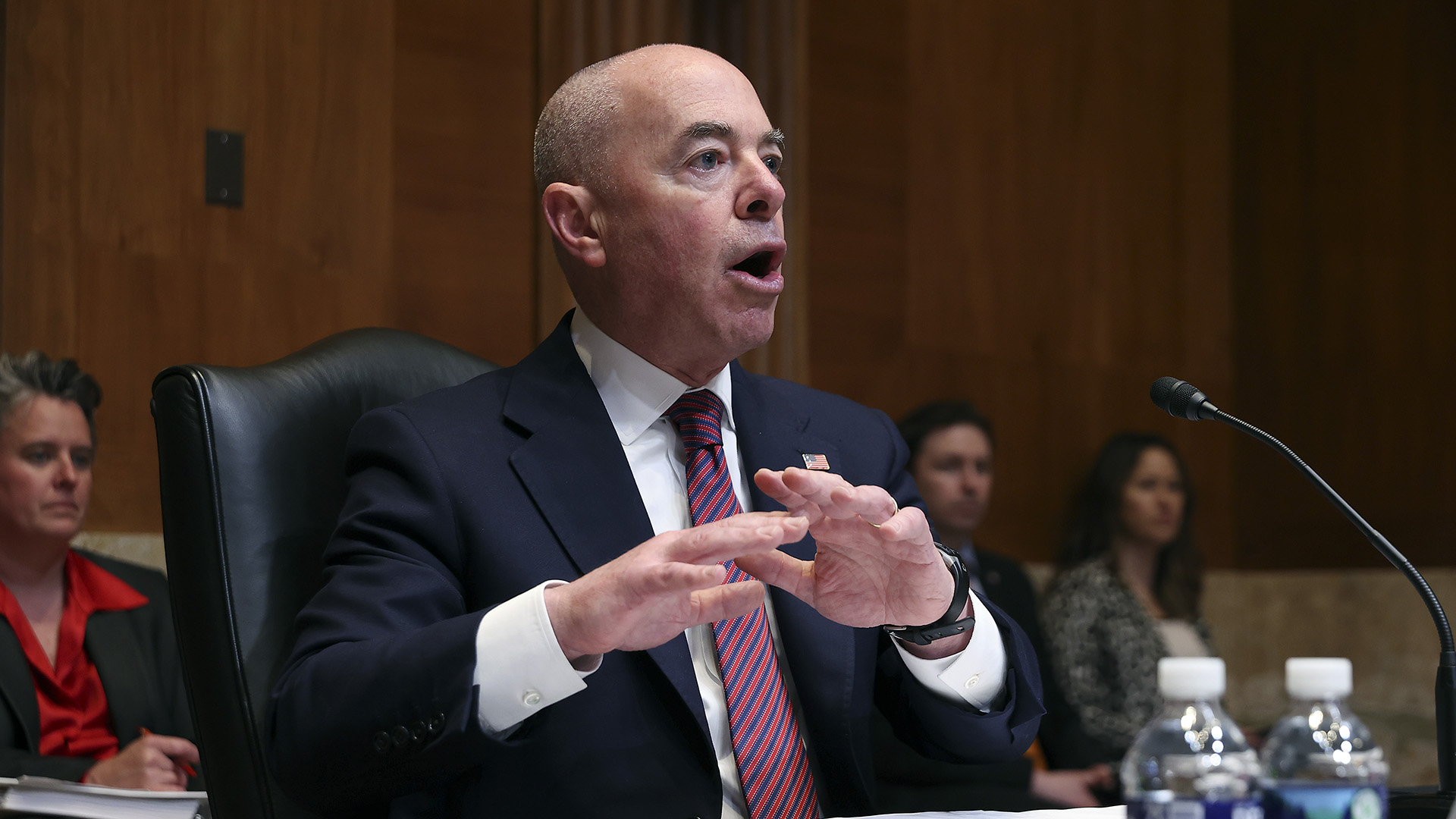 Alejandro Mayorkas, secretary of the Department of Homeland Security, said the order could also apply to products beyond solar panels, though agency officials did not immediately provide more detail on that. (Chip Somodevilla/Getty Images)

WASHINGTON — Imports of solar panels and other goods made with materials produced by a Chinese company Hoshine Silicon Industry Company were banned by the United States after the plants were linked to forced labor camps in China’s Xinjiang region targeting Uyghurs and other minorities.

The U.S. Customs and Border Protection issued a statement on June 24 barring silicon-based products from the company that operates from plants in Xinjiang that have been connected to coercive state labor programs targeting minorities of the nation.

According to Customs and Border Protection officials, the ban applies to solar panels containing Hoshine materials.

Alejandro Mayorkas, secretary of the Department of Homeland Security, said the order could also apply to products beyond solar panels. However, agency officials did not immediately provide more detail on that.

“Silica is a raw material that is used to make components for solar panels, electronics, and other goods,” said Mayorkas.

“This order was issued because Customs and Border Protection has information reasonably indicating that Hoshine uses forced labor to produce its silica-based products.” 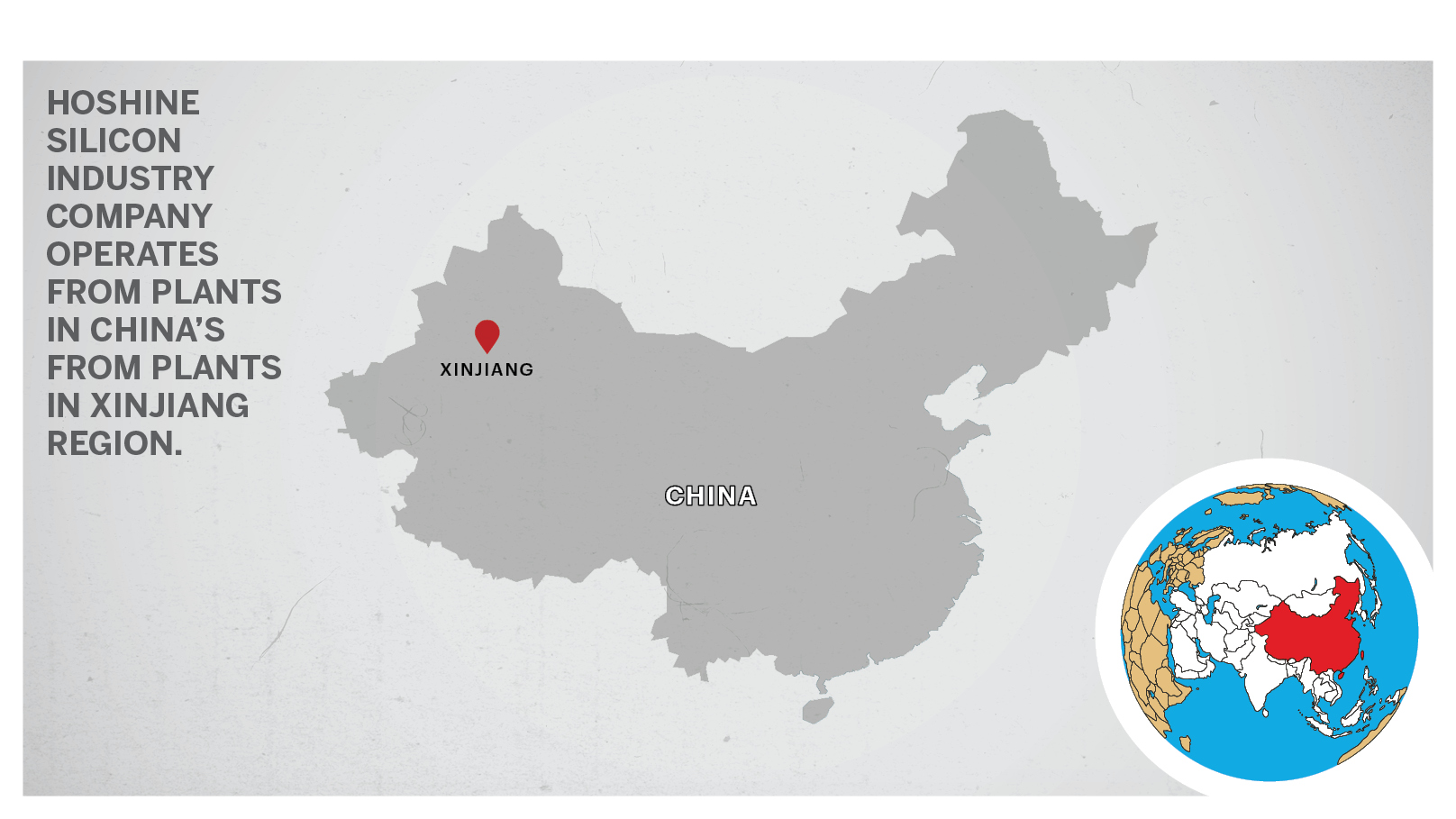 By banning only Hoshine imports, Customs and Border Protection stopped short of targeting Xinjiang producers of another key solar ingredient, polysilicon. Those producers have also been connected to coercive labor programs targeting Uyghurs.

Earlier, the U.S. announced measures to address the People’s Republic of China’s ongoing human rights abuses and use of forced labor in Xinjiang. The Department of Homeland Security, Department of Commerce, and Department of Labor announced these measures.

“We will continue to work with our partners and allies to promote accountability for the People’s Republic of China government’s use of forced labor as well as its genocide and crimes against humanity against Uyghurs and members of other ethnic and religious minority groups in Xinjiang,” said Ned Price, U.S. Department of State spokesperson.

“We stand with our allies around the world in calling for an immediate end to the People’s Republic of China’s crimes and to justice for the many victims.”

On June 23, the U.S. has put five Chinese companies on its Entity List that restricts their ability to receive exports over human rights abuses in China’s Xinjiang province.

The five companies will have additional license requirements and limited availability of most license exceptions for exports, re-exports, and transfers. This latest action comes amid rising tension between the two countries over issues including human rights violations, trade, and China’s military aggression.

Back in April, the U.S. had restricted trade with top Chinese supercomputing centers, as these capabilities can be used to develop modern weapons and national security systems.

As per the Australian Strategic Policy Institute reports, more than 80,000 Uyghurs were transferred out of Xinjiang to work in factories across China between 2017 and 2019. Some were sent directly from detention camps.