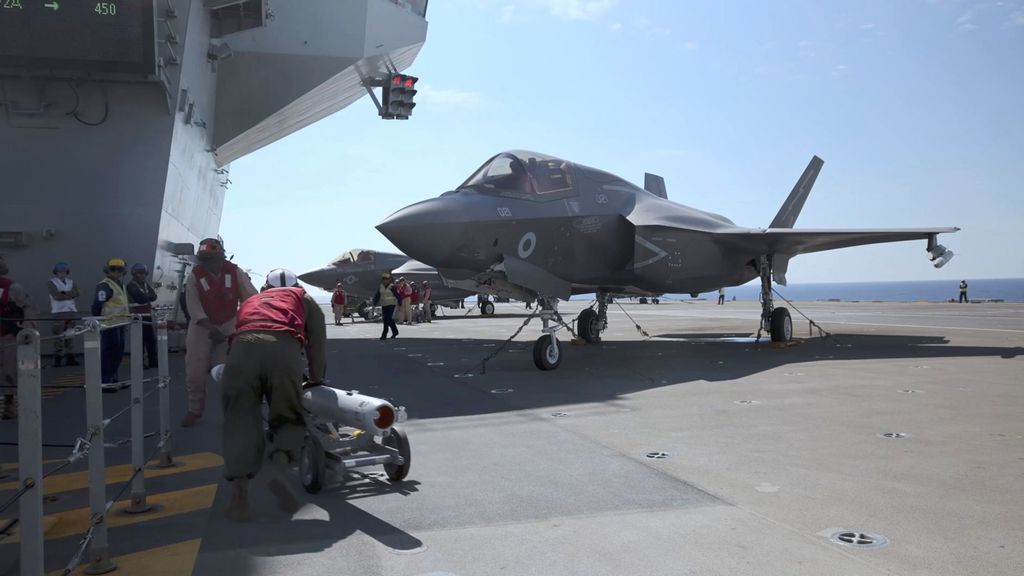 The F-35B Lightning jets took off on June 20 in the eastern Mediterranean for missions over Iraq during the vessel’s first operational cruise.

Official confirmation of the missions came from the Royal Navy. Other sources reported that the HMS Queen Elizabeth and the air wing started flight missions against ISIS on June 18.

“At the moment, we’re taking on the lion’s share of that operation over Iraq, which is a fantastic,” said Commodore Steve Moorhouse, the group’s commander. “We’re rubbing up against Russian activity, not in … a dangerous or aggressive manner, but you’ve just got other people out here playing in what is a fixed piece of water and airspace.”

That statement was taken by some to suggest that Britain is bearing the brunt of missions against ISIS in Iraq while the U.S. focuses on withdrawing from Afghanistan.

Capt. James Blackmore, commander of the air wing aboard the carrier, described the current situation as “cat-and-mouse posturing; it’s what we expect in this region of the world. And as you can imagine, it’s the first time for F-35s into the eastern Mediterranean, so of course Russia wants to look at what they’re like, they want to look at what our carriers are like.”

In all, the carrier houses 18 F-35B jets: eight from the Royal Air Force and 10 from the U.S. Marine Fighter Attack Squadron.

HMS Queen Elizabeth is the flagship of Carrier Strike Group 21 (CSG21), which also includes destroyers HMS Diamond and HMS Defender, frigates HMS Kent and HMS Richmond, replenishment tanker RFA Tidespring, the fleet tanker RFA Fort Victoria, and an undisclosed nuclear submarine, according to The War Zone website. The group is accompanied by the USS The Sullivans destroyer and the Dutch frigate HNLMS Evertsen.

The June 20 strike mission was the first from a Royal Navy vessel since the operations against Libya in 2011.

In addition, the U.K.’s Ministry of Defense reports that the last time British and American fighter aircraft were launched from a foreign aircraft carrier on combat missions was in 1943 during World War II, when they flew from HMS Victorious in the South Pacific theater.