VIDEO: Chick It Out: Dedicated Penguin Parents Charm Fans With Their New Hatchling

Once the African penguin chick is removed from the incubator, visitors can see the new arrival.
By Georgina Jadikovskaall June 25, 2021
Facebook
Twitter
Linkedin
Email 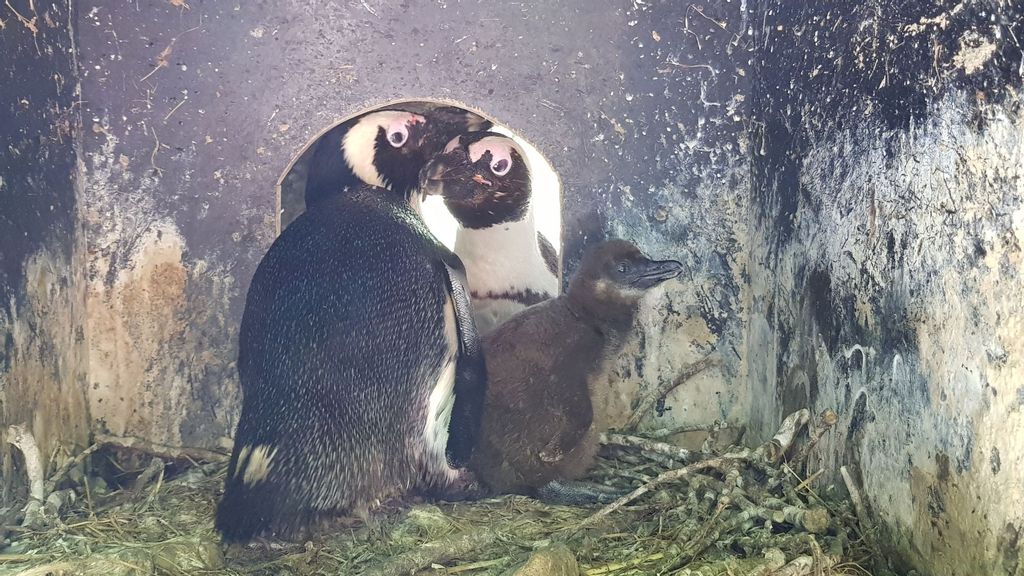 An Austrian zoo has welcomed the first African penguin offspring almost one year after its parents were brought from the Netherlands.

The new chick hatched in the Salzburg Zoo in Austria after its parents moved into their newly built enclosure at the beginning of July last year.

“Our first African penguin chick is now around three weeks old and has already gained a lot of weight. We are very happy to say it is growing and developing well,” said managing director Sabine Grebner.

The chick’s gender has not been determined since its birth to parents Dorie and Samaki. They were transferred to Austria from the Amsterdam Zoo in the Netherlands last year.

“The parents have experience with raising offspring. They are caring, and never let the fluffy chick out of their sight,” said Grebner.

Grebner reported the newborn chick was only about 0.20 pounds at birth, but has steadily increased in weight thanks to parental care. The chick is covered with brown feathers, which are expected to turn darker in coming weeks, once it moves out of its incubator.

That’s when visitors will get to see it.

It usually takes about 40 days for a penguin chick to hatch, then parents spend 30 days caring for it.

Penguin chicks do not fully fledge until they are around 85 days old.

“For us, the first-ever penguin chick to hatch in the Salzburg Zoo is something very special. It shows us the African penguins feel comfortable with us and have settled,” said Grebner.

“African penguins are considered endangered in their South African homeland. There are hardly more than 20,000 breeding pairs on the coasts of South Africa and the trend is decreasing. Every offspring is an invaluable success.”

One of the smallest penguin species, the African penguins have dot-like markings flecked across their white chests. The feather patterns are as individual as a human’s fingerprints.