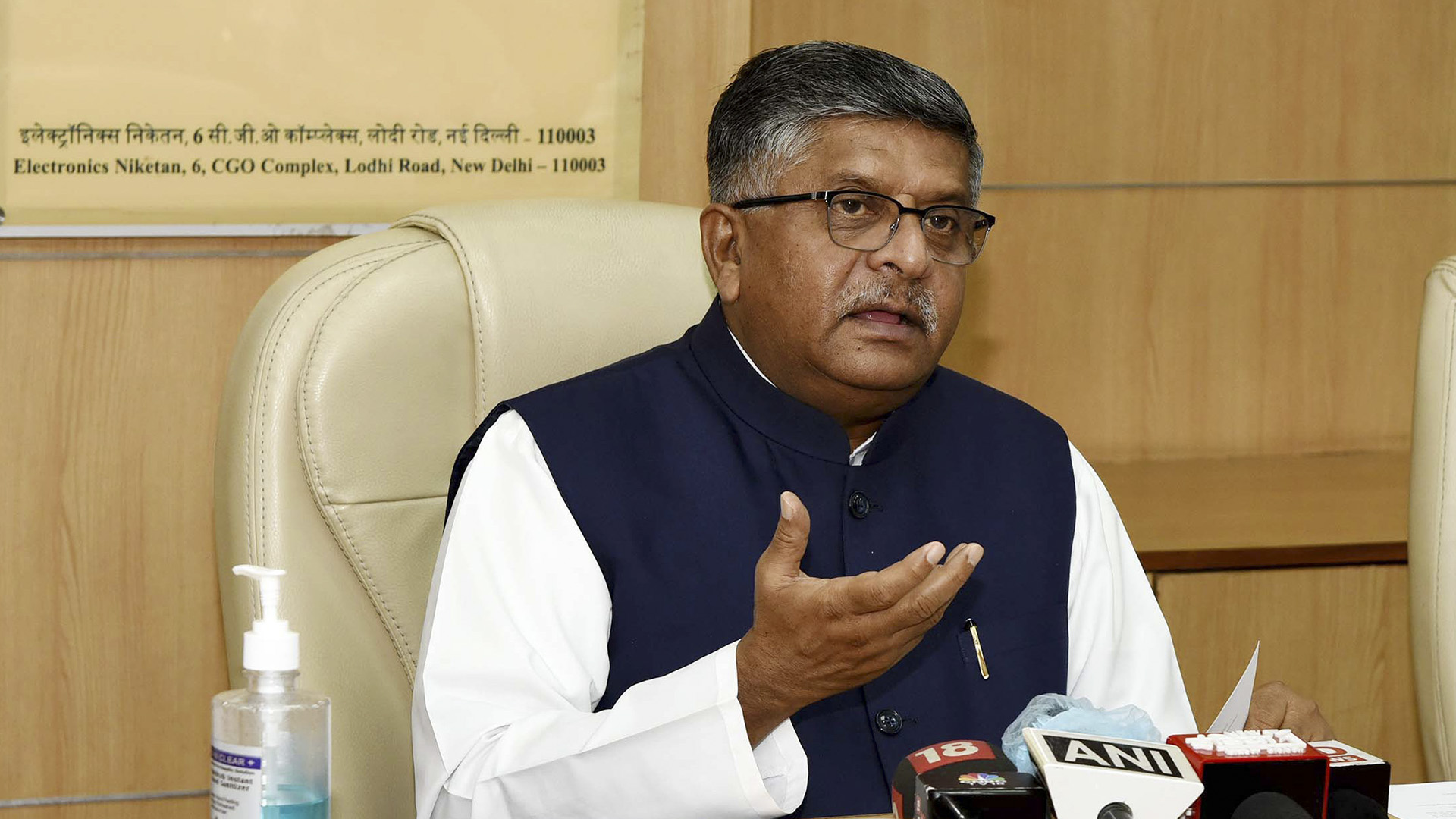 Minister Ravi Shankar Prasad said Twitter denied access to his account for almost an hour over an alleged violation of the Digital Millennium Copyright Act of the USA and asserted that its actions were in gross violation of the Information Technology Rules 2021. (Chhote Lal/Photo Division Ministry of I & B)

NEW DELHI — India’s union minister for Electronics and Information Technology on June 25 said Twitter violated the new IT Rules after the microblogging site blocked his handle for an hour before restoring it.

Minister Ravi Shankar Prasad said that Twitter denied access to his account for almost an hour over an alleged violation of the Digital Millennium Copyright Act (DMCA) of the USA and asserted that its actions were in gross violation of the Information Technology Rules 2021.

Shankar sent a series of posts on Koo, an Indian microblogging site, to slam the US social media firm.

“Friends! Something highly peculiar happened today. Twitter denied access to my account for almost an hour on the alleged ground that there was a violation of the Digital Millennium Copyright Act of the USA. Subsequently, they allowed me to access the account,” Prasad said.

“Twitter’s actions were in gross violation of Rule 4(8) of the Information Technology (Intermediary Guidelines and Digital Media Ethics Code) Rules 2021 where they failed to provide me any prior notice before denying me access to my own account,” he added.

Prasad, who is also the Law and Communications Minister, said it was apparent that his statements “calling out the high-handedness and arbitrary actions of Twitter, particularly sharing the clips of interviews to TV channels and its powerful impact, have clearly ruffled its feathers.”

Prasad said Twitter is refusing to comply with the Intermediary Guidelines, saying if it did comply, “it would be unable to arbitrarily deny access to an individual’s account which does not suit their agenda.”

Prasad has previously accused Twitter of deliberate non-compliance with the IT Rules.

Earlier this month, Twitter lost legal protection from lawsuits after non-compliance with the new rules. The Indian government has ramped up pressure on the company for what it says is Twitter’s refusal to toe the line.

Police in Ghaziabad, a city in the country’s most populous state Uttar Pradesh, filed a case against Twitter on June 15 in connection with a viral video, while Delhi cops landed up at the firm’s office to send a notice over its ‘manipulated media’ tag.

Larger social media firms like Twitter are required to appoint a chief compliance officer, a nodal contact person, and a resident grievance officer who must be residents of India.

However, Twitter has only appointed an interim chief compliance officer and has an advert on its careers page to fill the role full-time.