India got 21 shortlists on day three of the festival, closing its shortlist count at 77 for the year.
By Zenger News Desk June 25, 2021
Facebook
Twitter
Linkedin
Email 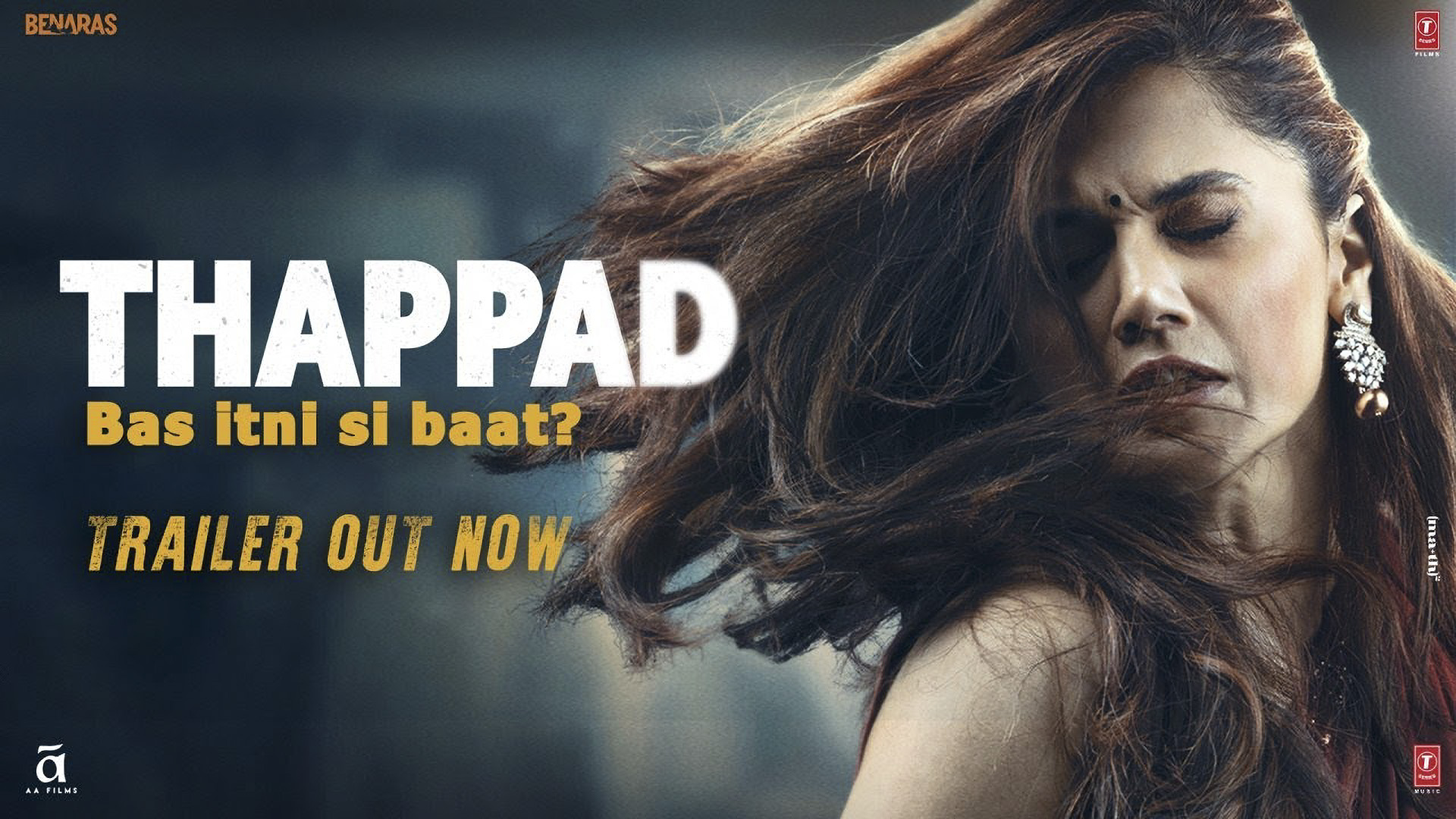 Taapsee Pannu's "Thappad" has bagged the silver medal for "The World's Most Reported Trailer" on day three of the event. (T-Series/Youtube)

MUMBAI, India — Actor Taapsee Pannu’s “Thappad” has made it to the Cannes Lions winners’ list. It bagged the silver medal for “The World’s Most Reported Trailer” on day three of the event.

Film’s director Anubhav Sinha took to his Instagram handle and shared the news by posting a short video of the results released digitally on June 23.

In the caption, he wrote, “THAPPAD wins Cannes Lions SILVER for its ‘Most reported trailer campaign.’ What a birthday gift, Team. @triggerhappyentertainment #AmitChandrra ZINDABAD!!! (sic)”

The promotional campaign featured on YouTube and other official social media sites of the film included the scene from the movie where the male lead (played by Pavail Gulati) slaps his wife (Taapsee Pannu) during a party in front of their guests.

It was campaigned by Dentsu Webchutney and produced by Trigger Happy Entertainment Pvt Ltd.

The whole plot of the story was based on the part of the film’s second trailer that aimed to spread awareness about domestic violence.

As per the official 2021 Cannes Lions International Festival of Creativity website, the trailer was reported over 400,000 times and was taken by YouTube within 26 hours.

On a related note, India got 21 shortlists on day three of the festival, closing its shortlist count at 77 for the year.

The blockbuster movie “Thappad,” for which Pannu received several awards, including the Filmfare Award for “Best Actor” (female), was both a critical and commercial success.

Pannu is a popular movie actress who has done some remarkable work in Telegu and Tamil-language films. She made her Bollywood debut in 2013 with director David Dhawan’s “Chashme Baddoor” alongside Divyendu Sharma, Sidharth, and Pakistani actor-singer Ali Zafar.

Helmed by Sinha, “Thappad” featured Pannu as the protagonist who refuses to tolerate domestic violence in the name of love and relationships.

Sinha is a respected director and producer in Bollywood who is known for films like “Mulk,” “Article 15,” “Dus,” and “Ra.One.” Recently, on the occasion of his 55th birthday, Sinha announced a stellar line-up of his five upcoming projects, which will be released in the coming months.

The director will be reuniting with his “Article 15” star Ayushmann Khurana for a big scale commercial thriller titled “Anek,” which was shot and completed during the pandemic.

Producing films is also on the cards for Sinha, who will be collaborating with director Sudhir Mishra for a thriller. He is also reportedly producing a commercial thriller directed by Hansal Mehta.

He has also hinted at co-directing an anthology and directors Subhash Kapoor, Hansal Mehta, Sudhir Mishra, and Ketan Mehta.