Photographer says he captures the ‘strange beauty’ of creepy-crawlies that most people are terrified of.
By Peter Barker June 25, 2021
Facebook
Twitter
Linkedin
Email 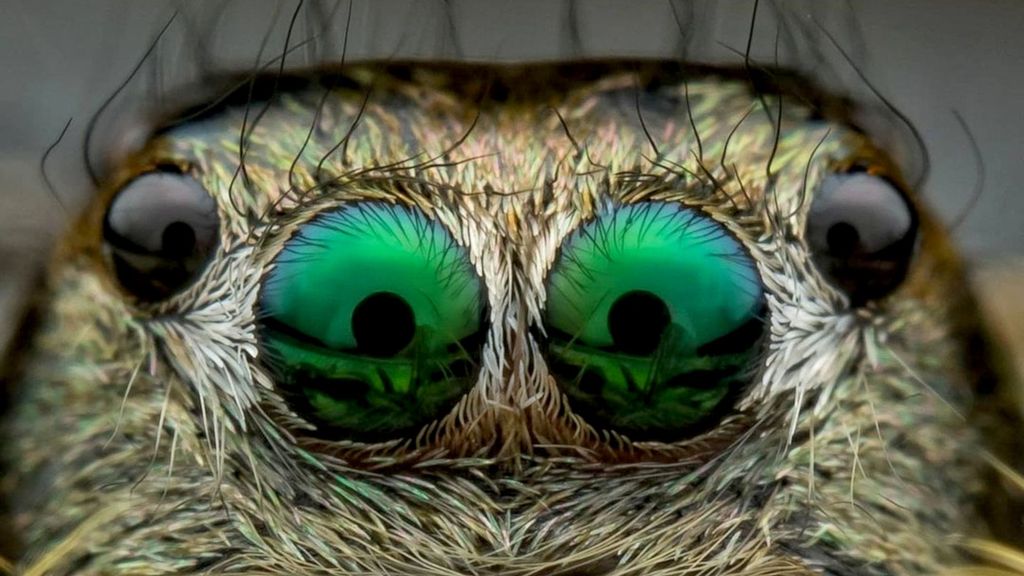 A photo of a male Hyllus diardi, a species of jumping spider, by Loo Kok Hua, from Malaysia.(@jack_kh._loo/Zenger News)

The fearsome beauty of the insect world has been captured by a macro photographer who specializes in getting up close and personal with spiders and bugs.

The work of Malaysian photographer Loo Kok Hua shows incredible detail that reveals just how remarkable and strangely beautiful many of these much-maligned insects really are.

Much of his work focuses on spiders, capturing even the tiniest detail of their faces and bodies that most people prefer to keep well away from.

Malaysia is home to hundreds of spider species, with dozens of species endemic to the region. Malaysia is also known for jumping spiders, of which 87 species have been observed in the country since March 2020, according to a documentation project at iNaturalist, a joint initiative of the California Academy of Sciences and the National Geographic Society.

But Loo Kok Hua’s work is not limited to spiders — he also looks at other eye-catching subjects, such as the compound eyes of flying insects or the surprisingly powerful jaws of a tiny ant.

Hua, who usually goes by the nickname Jack, loves the tiny creatures he finds while exploring nature spots in his native Malaysia, he said.

When he’s not filling his time with macro photography as a hobby, he manages a security company.

Insects are his preferred subject, but he doesn’t mind photographing family members during holidays and events, he said.

“I don’t use filters or special effects for my macro photography and I only use Adobe Lightroom for editing,” he said.

In some of Jack’s most striking images, shared on Instagram for his 10,000 followers, he uses his equipment and telephoto zoom to snap terrifying yet fascinating spiders and prickly praying mantises up close.

Jack’s love for insects is unlimited. “There is so much to explore and learn about them,” he said.

Some of his past works include close-ups of a flowery nest entrance designed and built by bees alone. He captured footage of bees flying in and out of the flower-esque tunnel designed to be an entrance to the nest.

Jack said that the tunnel helps prevent intruders from entering the nest, which can vary from colony to colony.

But he likes to stick to his specialty. “I imagine most macro photographers do not want to shoot the same subjects too often, but rare and unique insects are my main interest,” he said.