Life insurers TAL and ClearView informed a parliamentary hearing there has been limited impact on the industry from the pandemic.
By Prashant Mehra June 25, 2021
Facebook
Twitter
Linkedin
Email 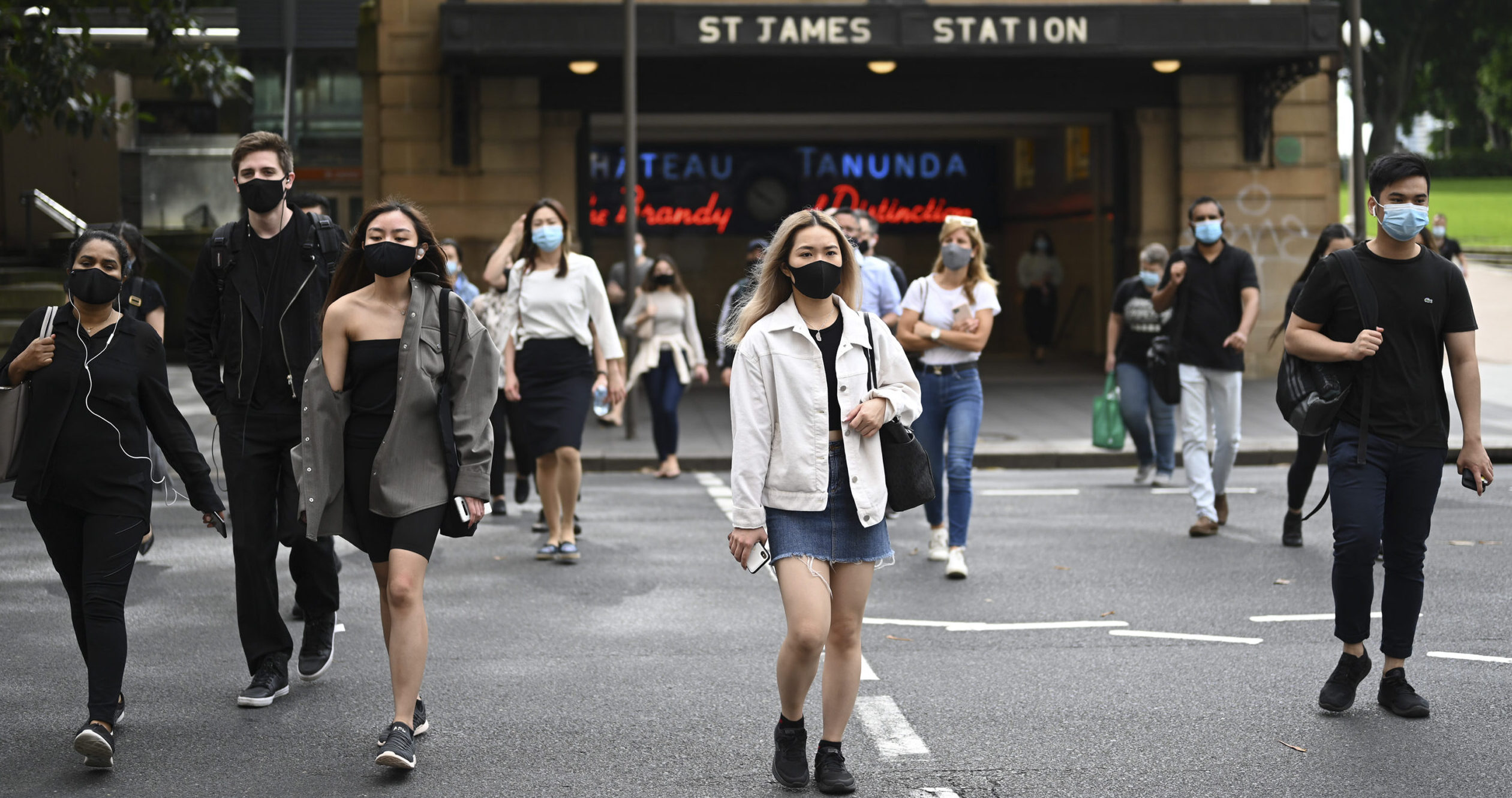 Covid situation in Australia as been handled very well compared to other countries around the world. (Pictured) Commuters wearing face masks exit St. James Station in the CBD in Sydney. (AAP Image/Dean Lewins)

CANBERRA, Australia — The coronavirus pandemic has had limited impact on the life insurance industry and in many cases the outcome was much better than anticipated, two of Australia’s leading life insurers have said.

The top bosses of market leader TAL and rival ClearView on June 25 told a House of Representatives economics committee that while there was an impact on operations, claims management actually improved last year.

ClearView managing director Simon Swanson said there had been a concern that suicides would go up amid the pandemic but that did not materialize.

“Suicides actually went down and part of that was because people were participating in a global pandemic, everyone was in this together,” he said.

“There was also an incredible increase in telehealth, which was an interesting part of technology and actually delivering to consumers.”

“At this point it has not had a significant financial impact on the pricing of products,” he added.

TAL chief executive Brett Clark said his company last year increased provisions for future claims by hundreds of millions of dollars but did not see claims go up as a result of Covid-19. It has now released many of those reserves, he said.

He attributed the results to how the “Covid-19 situation in Australia as been handled very well compared to other countries around the world”.

Last month, figures from the Australian Prudential Regulation Authority (APRA) showed the life insurance industry notched up a net profit after tax of AU$1 billion ($0.76 billion) for the year ended March 2021, a significant improvement from the previous year, mainly thanks to lower expenses.

Still, the officials cautioned against taking a short-term view, saying it is too early to assess the full impact.

“Conversely, because a number of people have deferred going to see doctors for the pandemic, we could see further claims in the next couple of years around heart attacks, cancer, strokes, and so on because early intervention hasn’t been able to take place,” Swanson said.

Clark agreed, saying his company had held on to some provisions related to future claims.

“We expect to pay more claims in the future, but that will largely be a result of second-order effects of mental illness, which are impacting Australians as a result of lockdowns, employment availability, and other stressors related to the pandemic,” he told the hearing.

The parliamentary hearing earlier heard from the Insurance Council of Australia and travel insurer Cover-More. It will also question executives from Suncorp, IAG,  and QBE later on June 25.