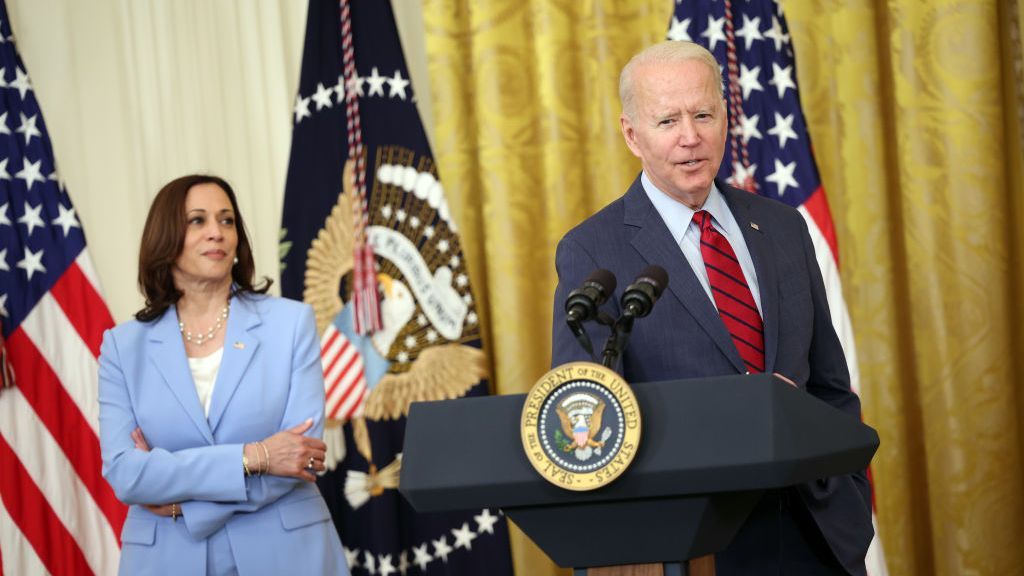 After making history as the first woman of color elected to the executive branch — and amid speculation she may be the Democrats’ next presidential candidate in 2024 — Kamala D. Harris has attracted an unusual amount of attention for a vice president since taking office.

Though it’s not unusual for the vice president to take lead roles on core White House missions, President Joseph R. Biden Jr., who will be 82 on inauguration day in January 2025, has tasked Harris with taking the lead on major priorities for his administration — and the Democrats.

Besides being tapped as Biden’s “czar” on voting rights protection, which has become one of the Democratic Party’s most important priorities over recent years, Harris has also taken the lead role in the administration on immigration, leading to her visit to U.S.–Mexico border on June 25.

Her presence at the border came after intense Republican criticism of her for not making the trip, with their attacks possibly a dry run for how they would approach her as a candidate, which some believe could come as soon as 2024.

Yet despite the unusually high-profile nature of her vice presidency so far, like most of her predecessors Harris so far has largely remained behind the scenes, said Kyle Kondik, managing editor of Sabato’s Crystal Ball at the University of Virginia’s Center for Politics.

“I don’t really think anything about Harris’s performance really stands out as overly strong or overly weak so far when compared to her predecessors,” Kondik told Zenger News.

“Kamala Harris is no different than any other vice president in that she will naturally take a backseat to the president until she is needed to assume the presidential role herself — something that may or may not happen during a four-year presidential term,” he said.

Harris’s immediate predecessor, former Vice President Michael R. Pence, did not face the speculation he may himself run for president after one four-year term. In the end, though, he served his time in the deputy executive position similarly to Harris — by allowing President Donald J. Trump to keep most of the limelight, while taking on a series of policy projects.

Pence chaired the National Space Council after it was reestablished in 2017 — but he was not given any significant authority again until Trump appointed him as chairman of the White House Coronavirus Task Force three years later, a role that briefly boosted his public profile.

However, after leading the first few press conferences on the Trump administration’s handling of the global pandemic, Trump largely took over the public-facing elements of his job and pushed Pence backstage, where he worked to coordinate with state governors out of the public eye.

As vice president, Pence also cast a tie-breaking vote in the Senate a total of 13 times during his four-year term. Harris, meanwhile, has already done so on four occasions, matching the number of times former Vice President Al Gore stepped in during President Bill Clinton’s eight years in office.

With the Senate split 50-50, Harris is likely to find herself in that position again often until at least the 2022 midterm elections. Biden, by comparison, was not given the opportunity to break a tie in the chamber even once as vice president during President Barack H. Obama’s eight years.

But her most public role, so far, has been on immigration.

As migration “czar,” Harris is leading the effort to stem the flow of undocumented migrants from El Salvador, Honduras and Guatemala heading to the U.S. southern border via Mexico.

So far, she has made visits to Guatemala and Mexico, where she met with local officials in an attempt, she said, to tackle the root destabilizing conditions leading people from Central America to seek refuge in the United States. Her June 25 trip to El Paso, Texas, however, was seemingly triggered by Republican criticisms that she had not cared to survey the situation there.

Her attempts to downplay the “delays” in her trip only amplified the criticism, said Andrew R. Arthur, a resident fellow in law and policy at the anti-migration Center for Immigration Studies, which has advocated for the construction of a physical border wall along the U.S.–Mexico border.

“It’s an important responsibility, and the vice president has been slow to rise to the occasion with respect to that responsibility,” Arthur told Zenger, adding that the criticisms from her foes were not off-base. “More needs to be done, and it’s important that she actually gets to doing it.”

“There is a crisis at the border, and there’s a certain amount of response — and a timely response — needed, and that timely response just doesn’t seem like it’s been forthcoming from the vice president’s office thus far,” he said. “There have been a lot of questions about why she hasn’t been to the border thus far, and her responses have been somewhat less than satisfying.”

Arthur said he thought it was “good” the vice president was now visiting El Paso.

Yet while her handling of immigration will attract the most attention from the right, it’s her role leading the Biden’s fight against voting rights restrictions where she stands to be evaluated most by her own party.

Harris presided over the Senate for the first time outside of casting a tie-breaking vote this week as the chamber debated the For the People Act — a sweeping bill that would have countered voting restrictions pursued by GOP-led state legislatures, but which ultimately failed to advance in the Senate.

Despite the Democrats’ slim majority with her tie-breaking vote in the 50-50 split chamber, the bill was dead-in-the-water thanks to the Republican Party’s filibuster powers, which requires a 60-vote majority to pass anything.

Harris is now expected to take the effort outside of Congress by meeting with advocates and business leaders to publicly making the case against state measures that restrict voting in the coming weeks.

Whatever happens, Biden has reiterated his trust in Harris’s ability to handle the tasks she has been assigned — just as he was trusted by Obama on many White House policy issues, such as the Iraq War, gun violence, infrastructure and international relations.

In the end, Biden’s emphasis on carving out a fuller role for his right-hand woman stems more from his own experience serving as the nation’s No. 2, rather than any eye toward 2024, according to Kondik. Whether Harris runs in 2024 was ultimately moot, as her experience would prove just as worthwhile for a 2028 run.

“Biden, a former vice president himself, has gone out of his way to include Harris in his administration, and she has been by his side at several major public occasions,” Kondik said. “Biden likely was cognizant of the fact that elevating Harris to the vice president slot made it likelier that she would be a presidential nominee at some point — just like Barack Obama elevating Biden helped him eventually become a nominee himself.”

Though there’s no reason he cannot run in 2024, Biden has fueled some uncertainty about the likelihood of his leading the Democratic ticket three years from now by failing to definitively commit to another run.

Such uncertainty could hinder Republican strategizing, as the GOP faces a challenge in crafting campaign messaging, given their lack of clarity about whom the Democrats will put up as their opponent.

Additionally, should Biden sit out the 2024 contest, it is possible that Harris could face a primary challenge from the progressive wing of her party while vying for the Democratic presidential nomination.

In her role as migration “czar,” she has already faced hefty criticism from more left-wing lawmakers in her party for telling Central Americans “Do not come” to the U.S. during a speech she delivered while in Guatemala.

“This is disappointing to see,” Rep. Alexandria Ocasio-Cortez (D-N.Y.) tweeted. “First, seeking asylum at any U.S. border is a 100% legal method of arrival. Second, the U.S. spent decades contributing to regime change and destabilization in Latin America. We can’t help set someone’s house on fire and then blame them for fleeing.”

The potential threat of a primary challenge may prompt Harris to tread more lightly.

But, at roughly six months in to Biden’s presidency, it’s far too early to tell, Kondik said.

“That Biden is the oldest president in American history may, from an actuarial standpoint, make it likelier that she ultimately has to assume the job,” Kondik said, “but there’s no way of knowing whether she will, and I think we also should assume for now that Biden will seek a second term if he is able.”