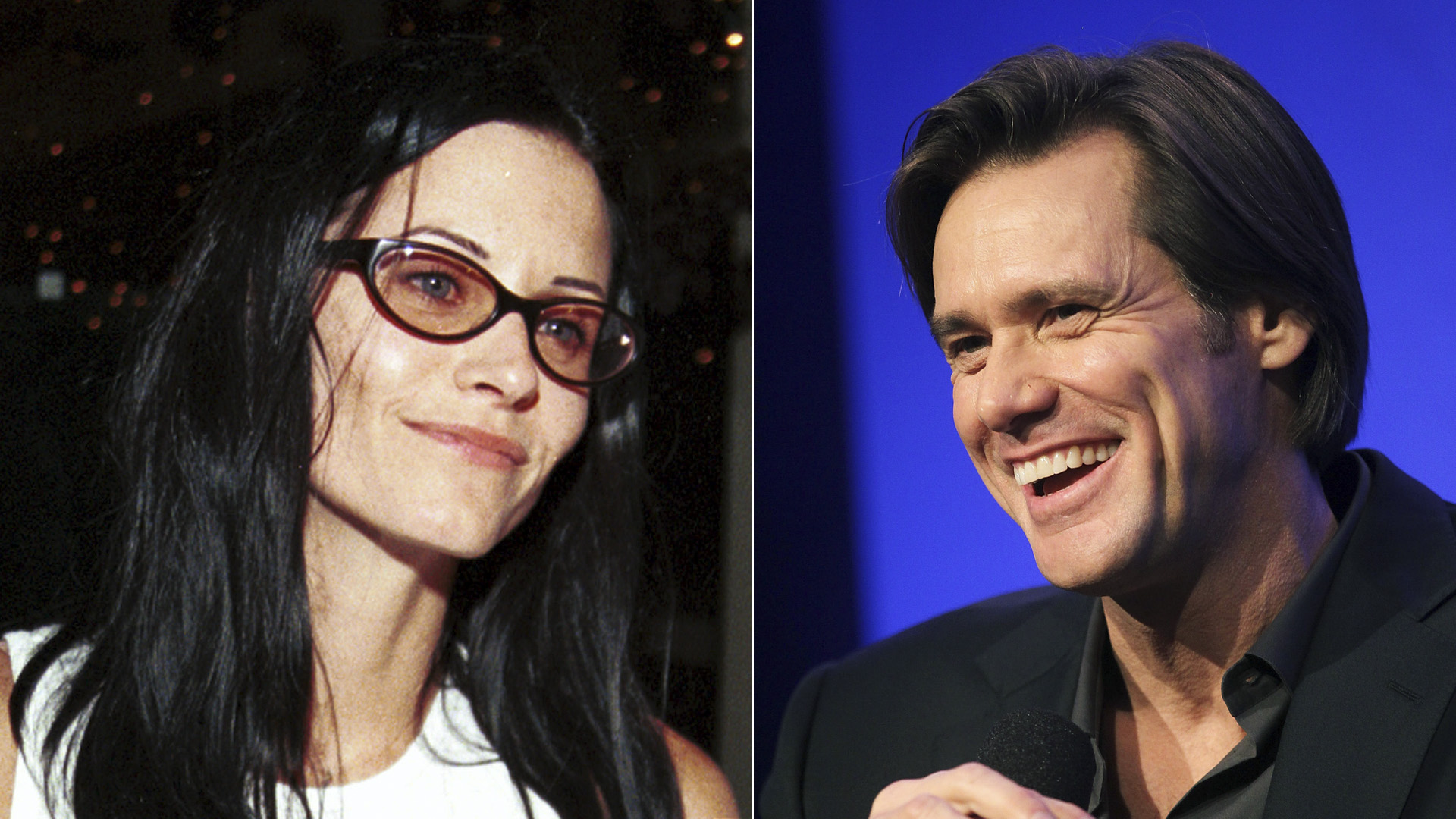 Courteney Cox recently admitted that once she had a “crush” on her “Ace Ventura” co-star and comedy legend Jim Carrey. (Getty Images)

WASHINGTON — Hollywood actor Courteney Cox recently admitted that once she had a “crush” on her “Ace Ventura” co-star and comedy legend Jim Carrey.

The 57-year-old actor dished on the making of 1994’s “Ace Ventura: Pet Detective” on June 23 alongside her fellow ‘Friends’ alums Jennifer Aniston and Lisa Kudrow.

“He was so funny; it was just about cracking up all the time,” Cox said, talking about Carrey. “I remember when we first rehearsed, he was playing it straighter. And then he turned it on when we started filming, and I thought, ‘Oh my God, he’s the funniest person.'”

Carrey and Cox, who played Ace Ventura and Melissa Robinson, respectively, in the slapstick comedy, “became excellent friends” according to the Cox, and her co-star “cracked [her] up the entire time.”

“There was a crush for sure,” Cox admitted.

On asking if there was anything romantic, Cox deflected the question in response with a laugh, “I don’t… I’m going to go to the bathroom.”

In a 1994 interview surrounding the film, Cox had previously said that Carrey’s humor begins as “he rolls out of bed” and is “in him 24 hours a day.”

Aniston also chatted about her love life of years past, insisting that there was no awkwardness at all between herself and ex-husband Brad Pitt.

Brad Pitt and Jennifer Aniston first met in 1994; however, they didn’t begin dating until 1998. Pitt proposed to Aniston in 1999, and they wed the following year. After five years of marriage, the couple announced their split in early 2005. Pitt went on to date and wed actress Angelina Jolie while Jennifer wed Justin Theroux. They both went on to divorce their spouses and have since remained close friends. Most recently, they starred alongside each other during a virtual table read in 2020.

“It was entertaining. Brad and I are friends,” she said of having reunited with Pitt back in September for a live table reading of “Fast Times at Ridgemont High.”

Aniston began her acting career at an early age, with an uncredited appearance in the 1988 film “Mac and Me.” Her breakthrough performance came in the 1993 horror-comedy “Leprechaun.”

Since then, Aniston went on to become one of the highest-paid actresses in the world whose movies have grossed more than $1.6 billion worldwide, with 12 of them generating more than $100 million.

Aniston is widely known for her role as Rachel Green on the television sitcom “FRIENDS” (1994-2004), for which she received Primetime Emmy, Golden Globe, and Screen Actors Guild honors.