Jennifer Aniston Opens Up About ‘The Morning Show’ Season 2

The second season of the Emmy-nominated drama is all set to debut in September this year.
By Zenger News Desk June 25, 2021
Facebook
Twitter
Linkedin
Email 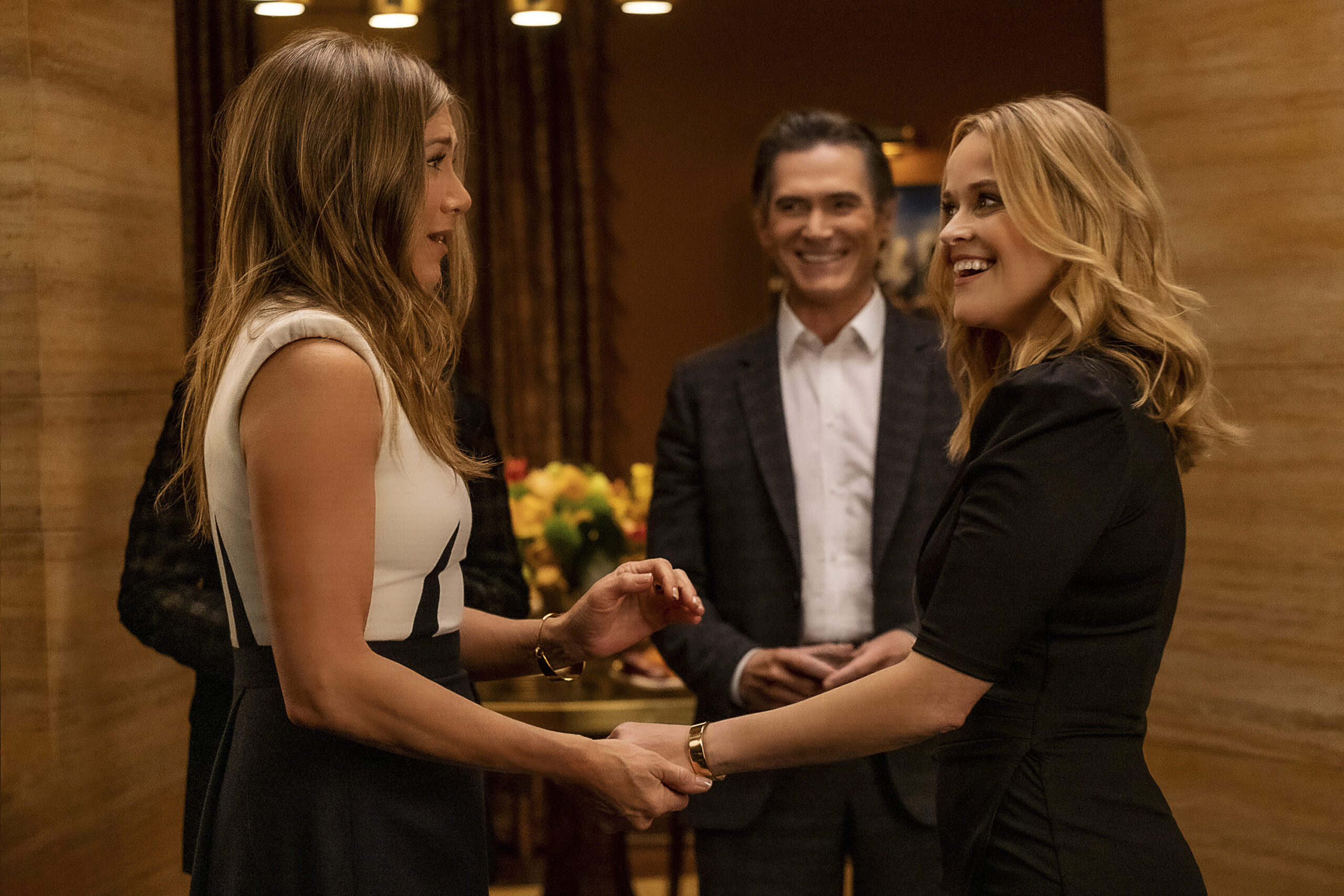 WASHINGTON — Actor Jennifer Aniston recently opened up about the second season of her Emmy-nominated drama “The Morning Show,” which is set to debut in September this year.

The 52-year-old star spoke to People Magazine about the forthcoming season and how she prioritizes working with good people.

“Life is too short. If you’re not going to enjoy this process and have fun, sorry, you can’t join the party. We’re really lucky to get to do what we do,” she said.

Aniston is serving as an executive producer on “The Morning Show”, in addition to starring alongside Reese Witherspoon. She shared that the plotlines on the series are “very intense and emotional and complicated.”

The “FRIENDS” actor, who has also recently become the face of collagen brand Vital Proteins, added that she loves getting to work as both an actor and a producer on the show.

“Running the show behind the scenes, and getting the cuts, and making the notes, and getting any edits, and watching it just come to life is just fantastic,” she said.

“I love it, and it’s all fallen into place very organically.”

The series went on to score eight Emmy nominations. Aniston’s performance also won her a Screen Actors Guild award for outstanding performance by a female actor in January 2020.

At the time, she called the filming experience “literally about seven months of therapy that covered 20 years of work.”

“Boy, did we get to dive deep into our own experiences and our own history and really be able to breathe life into these extraordinary characters. Who knew that emotional breakdowns felt that good,” she said during her acceptance speech.

In the series, Aniston plays the role of Alex Levy, who is the long-time anchor of a news show, while Witherspoon’s Bradley Jackson is a local reporter. They cross paths when Bradley goes viral after getting into an argument with a civilian at a coal mine protest.

Apart from Aniston and Witherspoon, the series also stars actor Steve Carell who plays the role of Alex’s co-anchor Mitch Kessler. “The Morning Show” is all about the high-stakes world of morning news and the people behind it.

The first season followed Alex as she grappled with her partner Kessler’s (Carell) firing amid a sexual misconduct scandal and had to adapt to having a new co-anchor, Witherspoon’s Bradley.

“The Morning Show” season two will premiere on September 17 on Apple TV Plus.

Last Month, Aniston, along with her “FRIENDS” co-stars Courtney Cox, Lisa Kudrow, Matthew Perry, David Schwimmer, and Matt LeBlanc, appeared on the much-anticipated “FRIENDS REUNION” episode for HBO Max that aired on May 27, 2021. The show finale was broadcasted on May 6, 2004.