Businesses are looking to the government to provide concessions to help millions of retailers
By Abinaya Vijayaraghavan June 25, 2021
Facebook
Twitter
Linkedin
Email 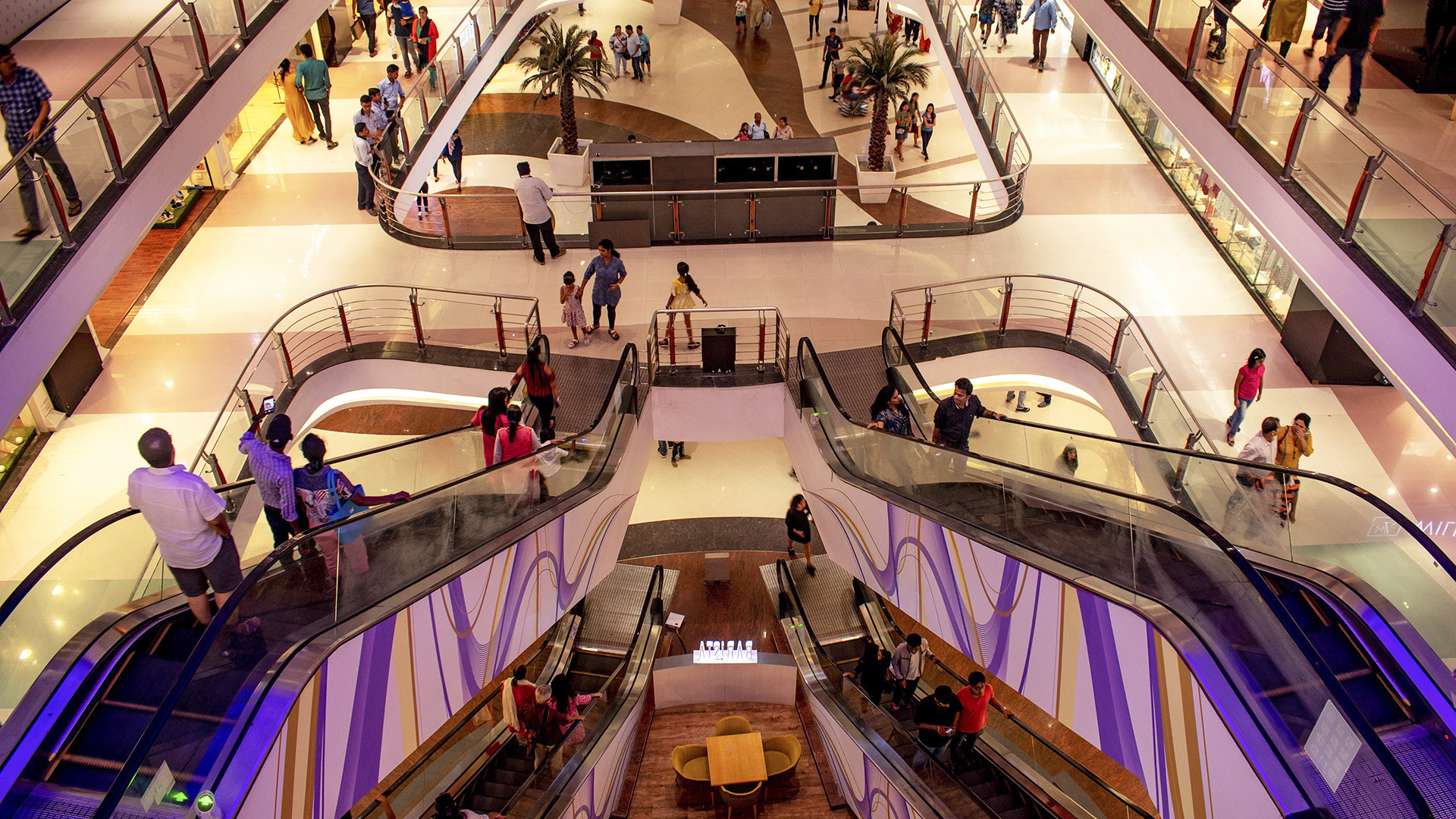 CHENNAI, India — As India slowly begins to unlock from the pandemic-induced restrictions caused by a deadly second wave of Covid-19, one of the country’s largest employers is looking to stage a recovery.

India’s retail sector accounts for 10 percent of the country’s national Gross Domestic Product but was severely hit by lockdowns. The industry, valued at $883 billion last year, was projected to grow to $1.3 trillion by 2024.

Instead, retailers face losses worth almost $30 billion, according to Kumar Rajagopalan, the chief executive of the sector’s apex body, Retailers Association of India.

“It has been one and a half months since our electronics store is shut, and we have had zero sales,” Kadir Vel, a manager at Sathya Appliances in southern Indian city Chennai, told Zenger News.

Stores like Sathya Appliances were staging a recovery after last year’s three-month lockdown effects were wearing off when another spate of curbs began in April 2021 — just before the second wave of Covid-19 worsened in India.

“After the first lockdown last year, footfalls reduced because people didn’t have money to spend on home appliances, which are usually priced over INR 20,000 ($274). But footfalls picked up in the summer because of offers on credit, debit cards,” Vel said.

For Muthu Kumar, a wholesaler of textiles and fabrics in Chennai, the pandemic killed his income for months on end. His small store has remained shut in the face of lockdowns, and even as India unlocks, demand continues to be tepid.

“They are saying we can sell online, but our customers need to come and feel the fabric before buying,” Kumar told Zenger News.

“I tried applying for a loan, but I didn’t get it. I have my children’s education to pay for, a two-wheeler loan… everything has stopped.”

Even as India’s brick and mortar retailers struggled due to store closures, e-commerce firms reaped the benefits. The need for social distancing, physical stores being shut, and fear of infection saw consumers turning to e-commerce players like Amazon India, Walmart-owned Flipkart, and e-grocer BigBasket in large numbers.

Boosted by solid order flows from home arrested Indians, the country’s e-commerce market is projected to rise by 84 percent to $111 billion by 2024. However, it is still a fraction of the physical retail sector in India.

India’s lockdowns saw retail being divided along the lines of ‘essential’ and ‘non-essential’.

As per India’s lockdown guidelines, only essential retail — food, grocery, medicines, and the like — were allowed to operate, while non-essential businesses from apparel to jewelry and restaurants have remained shut.

“For the first three-four months [during 2020 lockdown], there was no revenue for retailers selling non-essential items, who account for 80 percent of the community,” Rajagopalan told Zenger News.

“After that, things started getting better slowly. Finally, there was a 90 percent pre-pandemic level of recovery [by February 2021].”

The Retailers Association of India, which has 500,000 member stores, said the retail industry contributes to about 40 percent of India’s consumption and is one of the largest employers in the country, with an estimated 40-50 million workers.

Unlike last year, when there was a general set of rules for states imposed by the central government, the second wave saw states set their own restrictions at a local level, depending on the severity of cases.

Localized and dynamic rules led to more chaos, and retailers’ hopes of getting pre-pandemic levels of business in the first six months of 2021 were dashed.

Maharashtra, home to India’s financial capital Mumbai, became one of the first states to announce a four-week curfew order on April 4. The nation’s capital Delhi imposed a night curfew from April 6, which restricted movement and trade from 10 pm to 5 am.

Retail is a capital-intensive sector with low margins, and 60-70 percent of the costs are fixed. This has meant that most retailers, especially non-essential ones, continued to pay property taxes, salaries, and electricity bills, despite remaining shut.

“Retail businesses have been under tremendous financial strain due to the extended closures. The financial pressures are on various fronts such as salaries, rentals, electricity charges, and various taxes and license fees, among others,” Rajagopalan said.

“The entire cost of the shutdown should not be borne by the business alone. The state and central government, the Reserve Bank of India, and banks also have to chip in to soften the blow of the pandemic,” Rajagopalan said.

Some Indian states are slowly easing restrictions as the Covid surge dips. In Delhi, for example, the ‘unlock’ plan began on June 7, and malls and marketplaces are opening from 10 am to 8 pm on an odd-even basis. Meaning only 50 percent of shops are open on a given day.

Maharashtra announced a five-level unlock plan, and districts are divided from Level 1 to Level 5, where the former will have the least restrictions and Level 5 the most.

In southern state Tamil Nadu, the lockdown has been extended until June 28. However, some non-essential retailers like cell phone vendors and electronic goods and services providers open from 9 am to 5 pm.

“Some states have begun opening all forms of retail in a calibrated manner. The concept of essentials has changed. So, it is necessary to open stores selling non-essentials, too,” Rajagopalan said.

The lockdowns have also contributed to a shift in the Indian consumer psyche, as the economy has taken a huge hit.

Around 100-120 million Indians lost their jobs during the first wave of Covid-19 last year, and the second wave has hurt small businesses, employment, and household incomes.

“Last year, there was a loss of sale for three months, but activity resumed after that. This time, it [lockdown] has impacted household incomes deeper. Savings have depleted, people are cautious on expenditure that can hold off. The entire psyche of the consumer has changed.”

“For non-essential retail to thrive, malls need to be open,” Bisen said.

Malls, which have been the worst affected, suffered losses worth INR 3,000 crore ($404 million), according to the Shopping Centres Association of India.

Revenue of shopping malls will only grow by 45-55 percent for the current fiscal year, after an expected decline of 45 percent in the fiscal year that ended on March 31, 2021.

For Viviana Mall — one of India’s largest shopping malls in Mumbai — the April lockdown came months after it had recovered about 80 percent of its business in February, according to its chief executive officer Gurvineet Singh.

“There was a certain amount of hope, but then the second lockdown came in,” Singh told Zenger News.

“It’s a devastating scenario for us. Opportunities are running out even for shopping centers. There is no capacity left in any A-grade shopping center to survive because there is hardly any income.”

“We suffered a lot in the first lockdown as we agreed to give our retailers a 100 percent rental waiver for the lockdown period. Then, we gave them a 50 percent rental discount till the end of the year. Now, we don’t have any capacity left even to discuss waiver with retailers. It’s a terrible position for them as well,” Singh said.

The Retailers Association of India wrote to the finance minister on April 28, asking for “urgent intervention to prevent the sector from slipping into irretrievable financial damage”. By May, the body said the “industry needs injections”, and sought more concessions to stay afloat on May 27.

Retailers want the government to extend renewals of existing permits, licenses, and permissions for running shops, restaurants, and pubs for a year.

They want the government to pay provident fund contributions of both employer and employee (12 percent each) till September for employees earning less than INR 15,000 ($205.5) a month.

Retailers want a 100 percent relief in payment of property tax for the fiscal year 2021-2022. They also sought a moratorium on principal and interest repayments for six months, as they say almost INR 75,000 crore ($10.2 billion) loans could turn bad in the absence of urgent relief measures.

“We were closed for five months last fiscal year but paid 100 percent property taxes. The [taxes] form a large component of our cash flows. The government could have given certain perks on the goods and services tax. Even a moratorium hasn’t been granted, unlike last year. So, we continue to pay monthly installments on loans on zero income, and we are completely cash stretched,” Singh said.

Last year, the Reserve Bank of India offered a six-month moratorium on equated monthly installments on all term loans.

Viviana Mall reopened its doors to customers on June 7, and Singh hopes more people will return to physical stores soon.

As for the road to recovery, Bisen believes all retailers will need to adopt an omnichannel or multichannel approach to tide over similar disruptions and increase sales even as consumer spending patterns remain hard to predict.