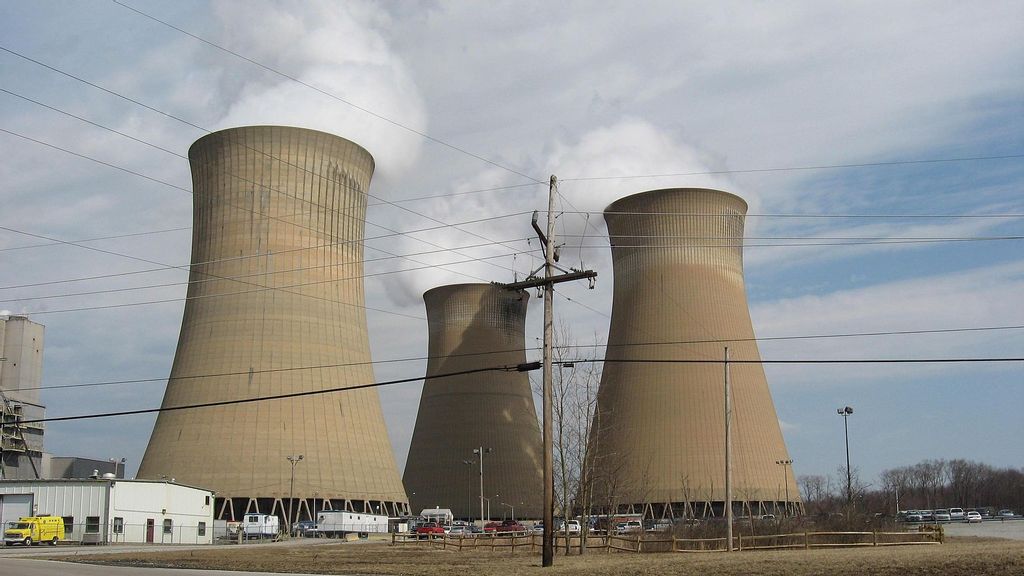 The coal-fired Homer City Generation Station in Indiana County, in western Pennsylvania, is among those which could be affected by the commonwealth joining a pact to cut emissions with 11 other states through a “cap and trade” CO2 trading scheme. (Hepcat 748/Wikimedia Commons

The state will be the first major fossil-fuel producer in the Regional Greenhouse Gas Initiative, when it joins next year after an executive order that Tom Wolf, its Democratic governor, issued in the face of opposition from Republicans who hold majorities in both houses of its legislature.

The commonwealth’s Department of Environmental Protection estimates the state could generate $300 million within one year of the program — more than the proceeds of all 11 states that currently belong to the pact in 2018, the most recent year for which a total exists. The money would be spent boosting renewable energy production and energy efficiency schemes.

Nonetheless, the governor’s action has created a heated debate in the state.

Pennsylvania is the third-largest producer of coal in the nation, and the industry employs 4,761 people. There are 430 coal mines and five remaining large scale coal-fired power plants in the state, according to the  environmental protection department.

In March, natural gas accounted for a little over half of Pennsylvania’s total generated electricity, while nuclear covered 32.9 percent and coal took 11.6 percent. Renewables and hydroelectric combined to produce the remaining 4.8% of the state’s electricity that month, according to the U.S. Energy Information Administration.

“Pennsylvania generates more electricity than it uses. That’s one of the distinguishing features that Pennsylvania would have, compared to other RGGI states,” John Walliser, vice president of legal and government affairs of the Pennsylvania Environmental Council, told Zenger News.

“It sort of underscores the point that a lot of our generation comes from fossil fuels. When you look at other states that we export our electricity to, a lot of those states have now adopted renewable or clean energy standards… which means there’s sort of an incentive for Pennsylvania to adopt a program like RGGI,” Walliser said.

States auction the allowances, but the multi-state pact determines how many are available.

That number decreases over time, creating incentives for power producers to lower their emissions rather than purchase costly allowances on the open market.

The program gathers funding for state investing through its quarterly emission allowance auctions—in 2018, all 11 initiative states invested $248 million in total proceeds towards their own energy efficiency, renewables, greenhouse gas reductions, and energy bill assistance, according to the initiative’s 2018 proceeds report.

“Funds brought in through RGGI will allow us to make targeted investments to support workers and communities affected by energy transition, invest in environmental justice, and strengthen Pennsylvania’s clean energy, commercial and industrial sectors,” Gov. Wolf said in a recent statement.

In Pennsylvania, the initiative will impact a total of between 65 and 70 power plants, Walliser said. They will have to buy permits for carbon dioxide emissions, putting an extra cost on generating from fossil fuels.

But Republicans say the initiative will lead to mass layoffs in Pennsylvania’s natural gas and coal sectors.

Wolf vetoed legislation last year from the Republican-held state House and Senate that would have required him to consult with lawmakers before signing up with the regional pact.

At that time, Sen. Gene Yaw, chairman of the Senate Environmental Resources and Energy Committee, issued a press release labeling the plan “another tax scheme” by state Democrats.

Yaw also said there were “unanswered questions to what joining RGGI would mean for electric ratepayers, lower income households, businesses and industry — and even the environment,” despite the plan having been implemented in its initial states for more than a decade.

Similarly, Dr. Frank Gamrat, executive director of the Allegheny Institute for Public Policy, a Pittsburgh-based conservative-leaning nonprofit research group, told Zenger News that the plan is unnecessary since both coal production and the state’s emissions have already been declining for the past couple decades. He said that the plan will only raise electricity prices as well as funds for the governor to implement renewable energy, without much direct impact on emissions or the climate, if any at all.

“More of an impact has come from the fact that recently, we’re clean-burning natural gas to power our electrical grid, rather than coal,” Gamrat said. “Governor Wolf is looking for tax revenue, so that he can supplement subsidize windmills and solar panels and those types of green energy. So, it’s not going to do what would they claim it’s going to do [for emissions].”

Skeptics of the RGGI, like Gamrat, don’t believe the initiative’s claims of lower emissions, and say they see holes within the program’s efficacy. From 2009 to 2014, Gamrat said CO2 emissions decreased nationwide mainly due to the development of natural gas, as well as The Great Recession. The initiative was simply implemented during the same time frame, he said.

“A very conspicuous failure of the program occurred in 2009 when RGGI’s cap exceeded actual emissions,” an analysis from the Allegheny Institute states. “In 2009 actual emissions were 44 percent below cap emissions. Which meant RGGI effectively did nothing to decrease emissions, only taxing them.”

This past May, 16 Pennsylvania Republican lawmakers wrote a letter to Andrew McKeon, the initiative’s executive director, requesting a pause on the state’s entrance until Wolf “obtains proper authority.” That effort failed.

Walliser explains where the plan’s strong opposition might be coming from.

“RGGI is a bold idea, especially for a state like Pennsylvania that has just traditionally been pretty heavily focused on fossil development,” Walliser said. “It’s something that a lot of legislators and a lot of decision makers aren’t familiar with, [and] the way it operates can seem complex.”

But its backers say that it has led to declining fossil fuel emissions in member states.

Walliser pointed to a 2019 RGGI analysis by The Arcadia Center, a nonprofit group focused on sustainability, which notes that over a 10-year period, power plant emissions have fallen 90 percent faster in initiative states than the rest of the nation.

It also found that their economies grew ahead of the other states, which the group claimed was linked to the scheme.

“Studies have shown that states participating in RGGI have had better GDP growth and lower electricity prices than the national average,” Walliser said.

Similarly, a press release from Wolf maintains that “the RGGI states have reduced power sector CO2 pollution by 45 percent since 2005, while the region’s per-capita GDP has continued to grow.”

While not all lowered emissions from the initiated states can be attributed to the program alone, a 2015 economic study from Duke University said that without the program, greenhouse gas emissions in the 11 states would have been 24 percent higher.

Walliser asserts that the Regional Greenhouse Gas Initiative will at least help Pennsylvania keep up with the times and compete for sustainability.

“If Pennsylvania wants to remain an energy hub, we’re going to need to zero out emissions from our energy sector,” Walliser said. “The need is driven by national, regional, and private demands and standards, and is not something that we’ll be able to avoid now or in the future.”