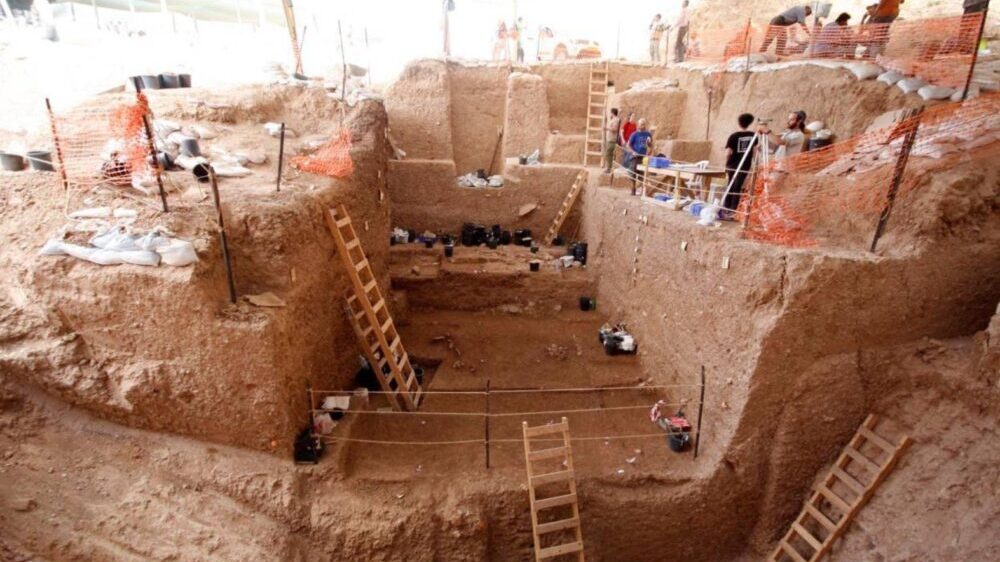 A recent archaeological dig in central Israel unearthed evidence that a group of previously unknown hominids likely lived alongside Homo sapiens — the type of humans that inhabit the earth today — toward the end of the Middle Pleistocene era that spanned roughly 474,000 to 130,000 years ago.

This dramatic discovery, published in the journal Science, provides the first evidence that two human types lived at the same time and interacted with one another.

The discovery came about when a team of archaeologists, led by Yossi Zaidner from the Hebrew University of Jerusalem, found human fossils and stone tools at the Nesher Ramla site in central Israel, in the mining area of the Nesher cement plant.

They shared their find with dating specialists from France, who dated them to 120,000-140,000 years ago. At that time, Homo sapiens and Neanderthals were the only known human species roaming Africa, Europe and the Near East.

A team of researchers led by Tel Aviv University professor Israel Hershkovitz examined the bones and was amazed to see that their features closely resembled those of a less developed human species that was thought to have become extinct more than 300,000 years ago.

They found that Nesher Ramla humans share features with Neanderthals (especially the large teeth and jaws) and archaic Homo (specifically the skull).

The Tel Aviv University group published its findings in a companion paper in Science and named the new human fossil Nesher Ramla Homo, based on its location.

“This discovery is particularly dramatic because it shows us that there were several types of Homo living at the same place and the same time at this later stage of human evolution,” Zaidner said.

“We had never imagined that alongside Homo sapiens, archaic Homo roamed the area so late in human history. The archaeological finds associated with human fossils show that Nesher Ramla Homo possessed advanced stone-tool production technologies and most likely interacted with the local Homo sapiens.” 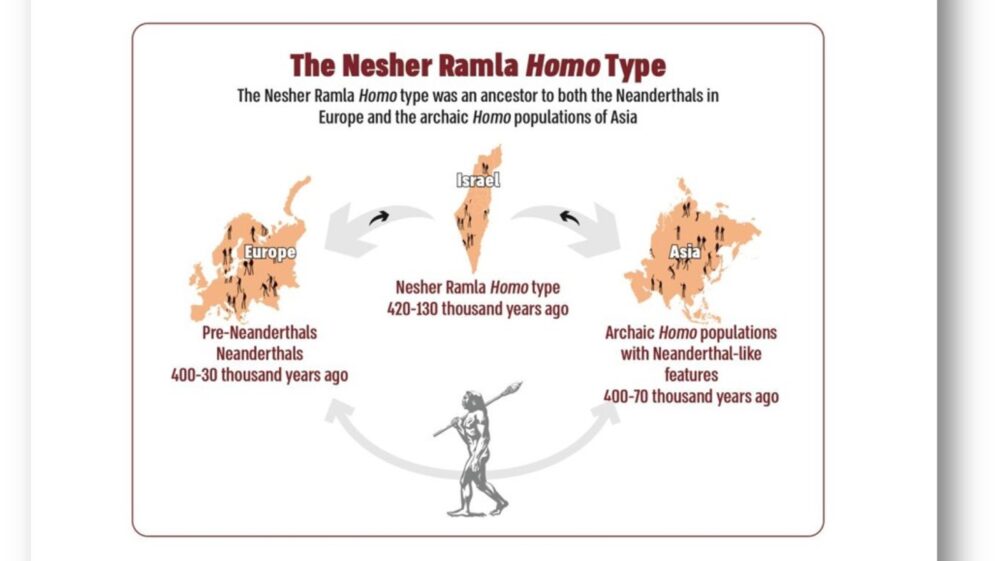 The earliest fossils of Homo sapiens, who arrived in the region around 200,000 years ago, were found in Israel’s Misliya Cave in 2018.

“The discovery of a new type of Homois of great scientific importance. It enables us to make new sense of previously found human fossils, add another piece to the puzzle of human evolution and understand the migrations of humans in the old world,” said Hershkovitz.

He said that the discovery of Nesher Ramla Homo challenges the prevailing hypothesis that the Neanderthals originated in Europe.

“In fact, our findings imply that the famous Neanderthals of Western Europe are only the remnants of a much larger population that lived here in the Levant — and not the other way around.”

Following the study’s findings, researchers believe that the Nesher Ramla Homotype is the source population from which most humans of the Middle Pleistocene developed. They suggest that this group is the so-called “missing link” that mated with Homo sapiens more than 200,000 years ago.

Moreover, the researchers propose that the humans from Nesher Ramla are not the only ones of their kind discovered in what is now modern Israel.

The excavation site also revealed large quantities of animal bones, including horses, fallow deer and aurochs, as well as stone tools presumably used for hunting these animals, about 8 meters below ground. The researchers think it likely that hunting techniques were communicated from one type of human to the other.

Tel Aviv University’s Rachel Sarig said that “as a crossroads between Africa, Europe and Asia, the Land of Israel served as a melting pot where different human populations mixed with one another, to later spread throughout the Old World. The discovery from the Nesher Ramla site writes a new and fascinating chapter in the story of humankind.”

Funding for the research came from the Israel Science Foundation and the Dan David Foundation.